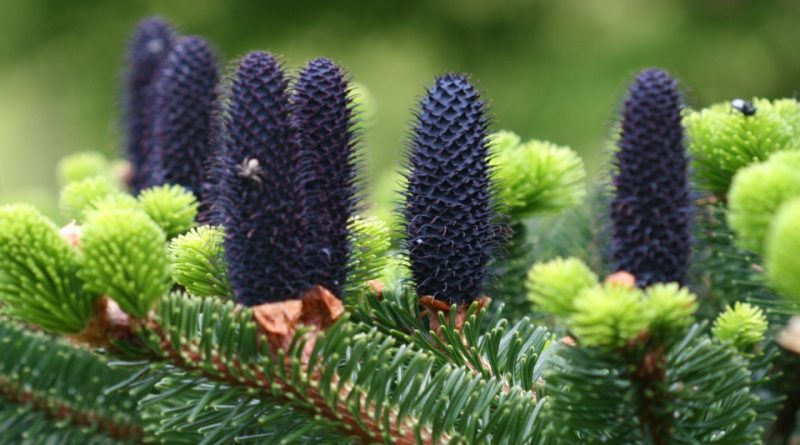 The Delavay’s silver-fir or Delavay’s fir (Abies delavayi Franch.) Is an arboreal species belonging to the Pinaceae family.

Etymology –
The term Abies comes from Abies which is the classical Latin name (Virgil, Egloghe, from the Sanskrit root abh gush of resin); according to another interpretation it would derive from the Greek word ἄβιος = long-lived.
The specific name delavayi has been attributed in honor of Pierre Jean Marie Delavay, a 19th-century Jesuit missionary, botanist and French explorer, who collected the plant at 3,500–4,000 m on Mount Cang near Dali.

Geographic Distribution and Habitat –
Abies delavayi is a plant native to south-eastern Asia and endemic to China (Yunnan, Xizang), India (Arunachal Pradesh), northern Myanmar and Vietnam (Fan Si Pan), where it is present with the subspecies fansipanensis.
Its habitat is that of the north-facing slopes of high mountain altitudes between 2,400 and 4,300 m, with annual rainfall between 1,000 and 3,000 mm, and cool summers with snowy winters.
It also forms pure woods but is often found in association with Picea likiangensis, Picea brachytyla, Tsuga chinensis, Tsuga dumosa, Juniperus formosana, Betula albosinensis, Betula platyphylla and Quercus semecarpifolia. 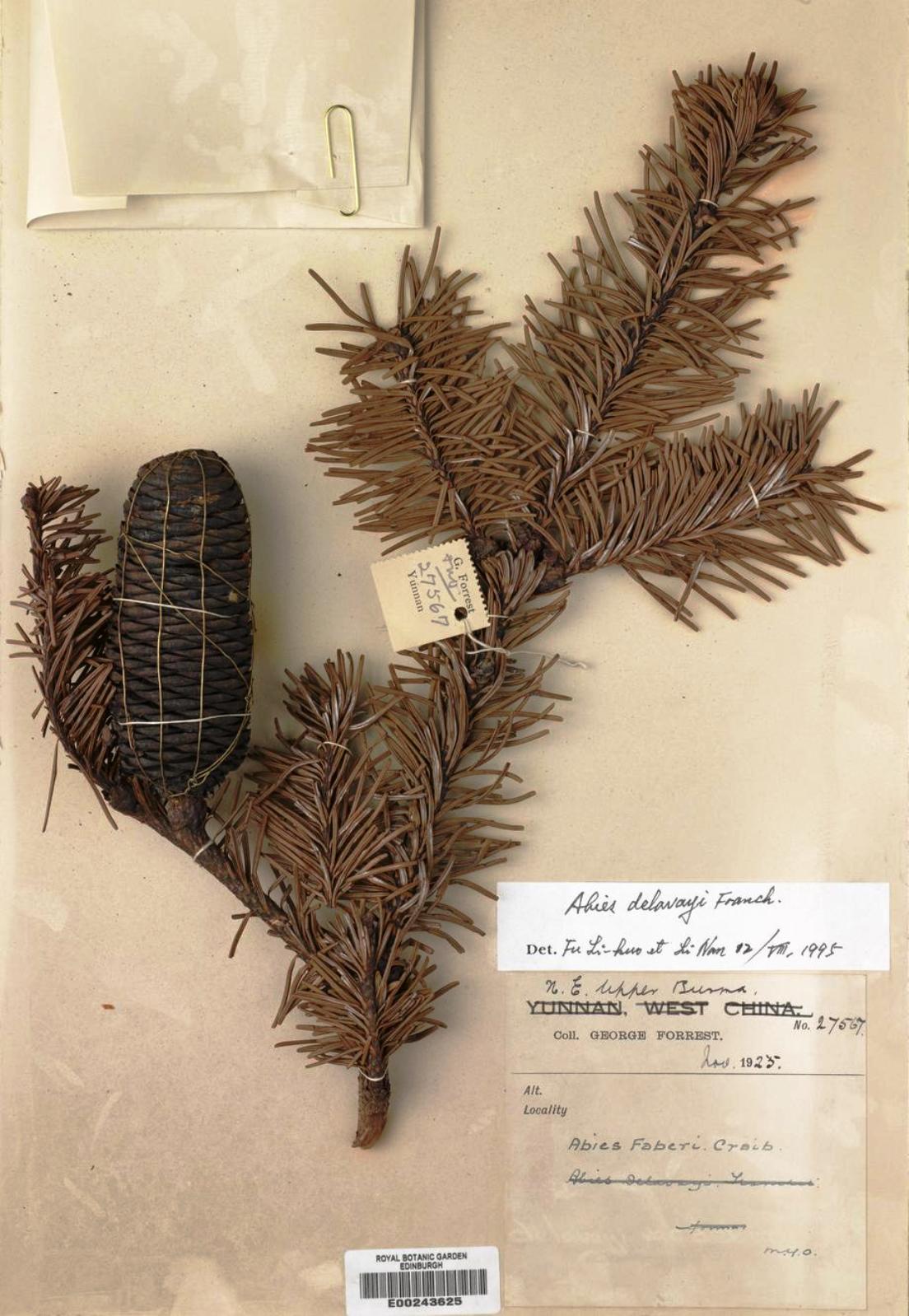 Description –
Abies delavayi is a tree up to 25 m high.
It has a conical trunk that can reach 1 m in diameter.
The bark is gray-brown and wrinkled; has longitudinal cracks.
The secondary branches are red-brown, darker with age, hairless or rarely pubescent when young. The buds are round in shape, resinous.
It has needle-like leaves up to 3 cm long, spirally arranged or arranged in two lateral rows. The upper surface of the leaves is glossy dark green without stomata, the lower surface a vivid snow white with stomata densely covered with white wax; this is thought to be an adaptation to exclude very heavy rainfall in its monsoon climate.
The female strobili are initially dark purple in color, dark purple with blue scales when ripe, they are cylindrical or ovoid, with truncated apex, 6-11 cm long and up to 4.5 cm broad, with a short peduncle; the scales are triangular-flabellate in shape, 2 cm long, 2.5 cm wide, smooth.
Male strobili are 3 cm long, yellow with purple microsporophylls. The seeds are brown, about 5-8 mm long, obovate, with brown wings with black or purple shades, 1 cm, cuneate-dolabriform.

Cultivation –
Abies delavayi is a plant that is occasionally grown as an ornamental tree, but its successful cultivation is limited to regions with cool summers and abundant rainfall.
A semi-dwarf form native to very high altitudes was selected as the “Major Neishe” cultivar, growing up to 3–4m in height.
Propagation occurs by seed.

Customs and Traditions –
Abies delavayi is a fir of uncommon use compared to other conifers.
This plant was introduced in North America and Europe, especially in France and Great Britain, as an ornamental species in vegetable gardens and botanical gardens.
From an ecological point of view this plant, with a very large range and a very common presence, is not classified among the endangered species in the IUCN Red List. Recently (1998), in order to avoid overexploitation, the Chinese authorities have placed severe restrictions on the deforestation of forests.

Preparation Method –
There is no known food or medicinal use of the Abies delavayi.
Cultivation is also limited compared to other conifers and in any case used as an ornamental species in vegetable gardens and botanical gardens.