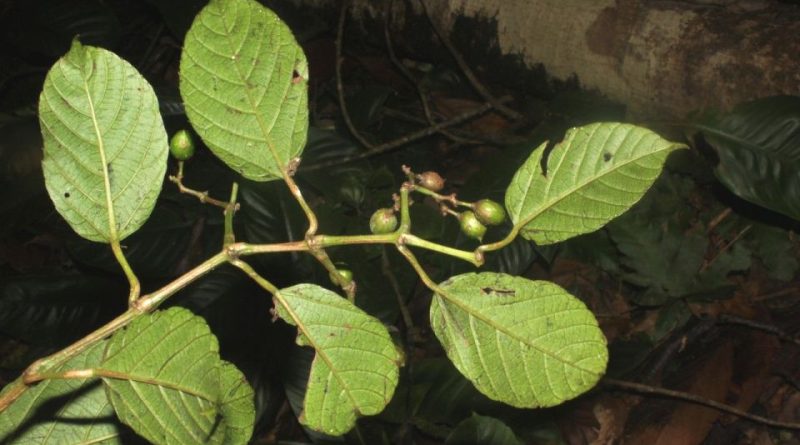 The Ecuadorian sarsaparilla (Smilax febrifuga Kunth) is a climbing shrub species belonging to the Smilacaceae family.

Etymology –
The term Smilax comes from the Greek σμιλαξ, smilax, the name used by the ancient authors to designate very different plants. In the Latin writers Pliny and Ovid the name was used for various thorny climbing plants.
The specific epithet febrifuga comes from febris fever and to fugue fugue, drive away, repel, put to flight: febrifuge.

Geographic Distribution and Habitat –
Smilax febrifuga is a plant native to an area between Honduras and Peru, present in Bolivia, Venezuela, Brazil and French Guiana.
Its natural habitat is that of lowland and montane forests along the Andes south to Bolivia up to 2500 m. 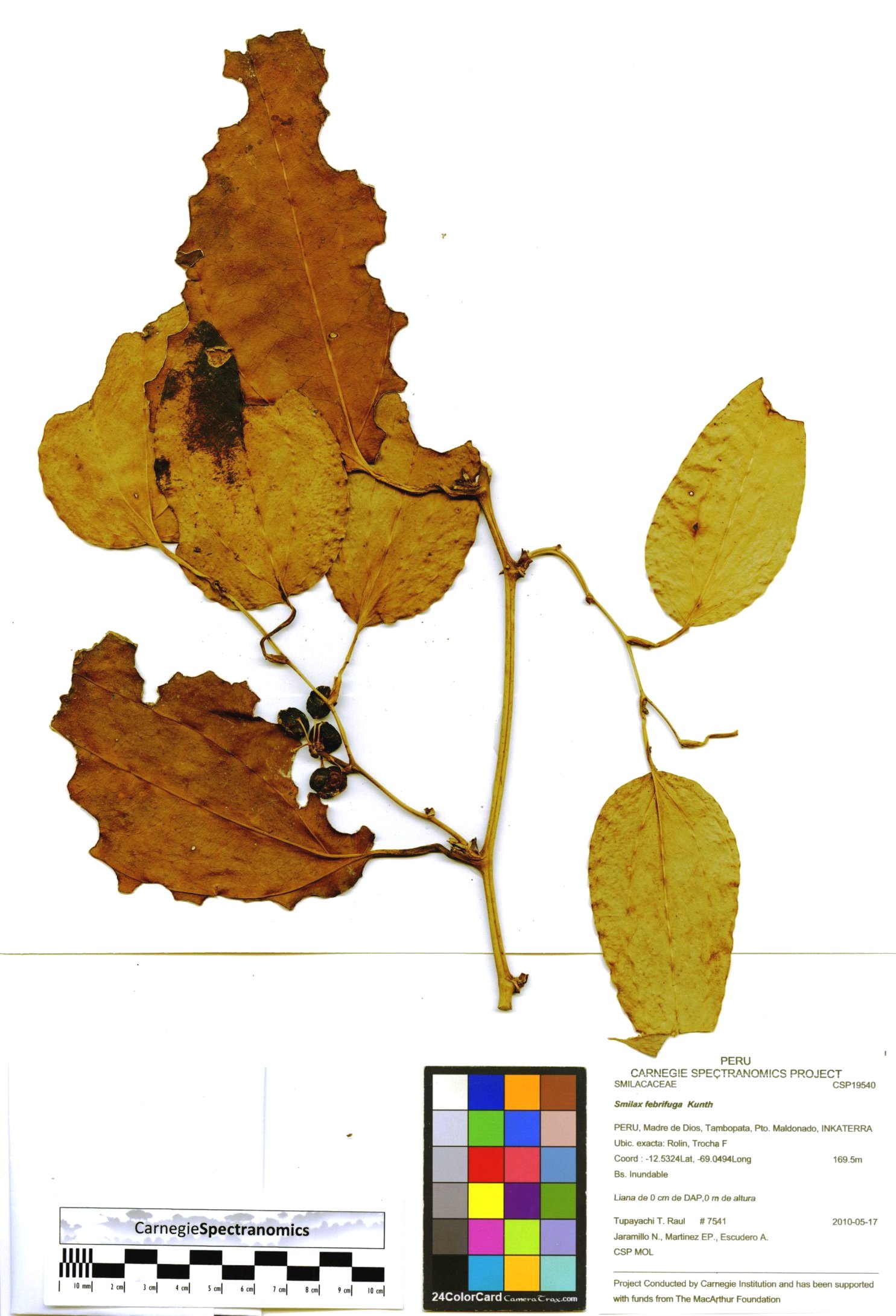 Description –
Smilax febrifuga is a hairless climber with long stems and light colored bulbous rhizomes. It climbs with the help of tendrils that are emitted from the petioles. The stems are cylindrical and have spines.
The leaves are simple and papery, alternate and short-stemmed; they are ovate to lanceolate and up to 25 cm long and up to 18 cm wide and pointed or pointed. The base of the leaf is usually pointed or more rarely rounded to slightly heart-shaped. The leaves are hairless and have 5-7 veins. The webbed grain is slightly raised.
The petioles are short, winged in the lower part to form a leaf sheath, and are up to 1.7 cm long.
It is a dioecious plant with separate sexes.
It has flowers gathered in simple or compound umbels, pluriflorite and pedunculated, with scaly cover and showy axillary bracts.
The flowers are unisexual, small and short-stemmed with a simple perianth; they are six-petalled and greenish-white. The female flowers have staminodes and an upper ovary with three almost sessile stigmas. Male flowers have 6 short stamens.
The berries are small and rounded, orange in color and have a size of 6-12 mm.

Cultivation –
Smilax febrifuga is a perennial climbing plant whose rhizomes are used in medicine and as a flavoring in food. The rhizomes are also used locally and sold in local markets for medicinal use.
It is a plant that can be grown in a sunny position or, at least, in partial shade.
From a pedological point of view it tolerates many types of soil.
The propagation can be both gamic, by seed, and by agamic way through divisions or cuttings.

Customs and Traditions –
The Ecuadorian sarsaparilla is a plant whose roots and rhizome are mainly used; is a sweet, acrid, alterative herb that reduces inflammation, itching, improves digestion, and is antiseptic.
It is one of the three species (together with S. Aristolochiifolia and S. regelii) which in the 17th century were held in high esteem as a cure-all for many medicinal uses.
It was widely imported into Europe until the early 20th century, at which time the reputation of these plants waned.
However, plants have a number of important medicinal benefits – in particular, their roots contain steroid saponins which are an effective treatment for many cases of psoriasis; they also have hormonal effects and can improve fertility in women with ovarian dysfunction. The rhizomes are alterative, digestive, febrifugal.
It is one of the many species of Smilax from whose roots the herbal sarsaparilla is extracted, used in natural medicine.
In the food sector this is one of the main species that provide the main flavoring ingredient for commercial sarsaparilla, also used for beer.
The root extracts are used to flavor soft drinks, ice cream, confectionery and baked goods.

Preparation Method –
Smilax febrifuga is a plant that in its range of origin has been used for some time, by local populations, for both medicinal and food purposes.
They prepare decoctions in the treatment of fevers, digestive disorders, kidney disorders and gonorrhea. It is also used against scrofulosis, skin diseases and rheumatism.
In the food sector it is used as a commercial flavoring, also used for beer.
The root extracts are also used to flavor soft drinks, ice cream, confectionery and baked goods.