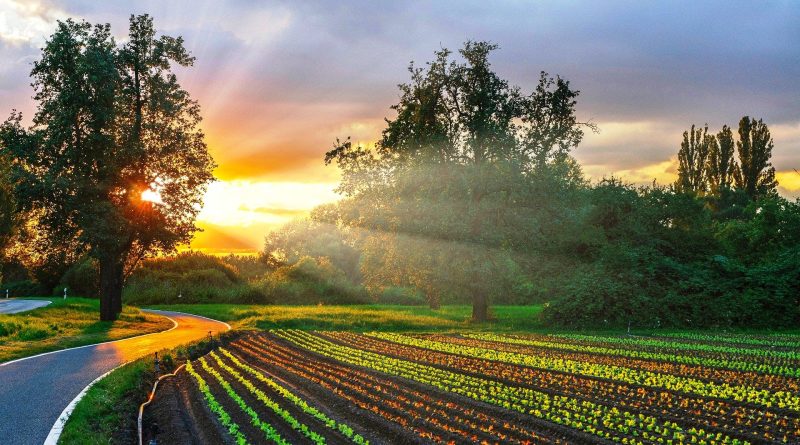 As has been known for some time, one of the main innovations of the next Common Agricultural Policy (CAP), which will start on January 1, 2023, is represented by the “regimes for the climate and the environment”, also called “eco-schemes” (or ecological schemes), i.e. the possibility of having additional contributions, in addition to the basic payment, which are added to the bonuses for young farmers and coupled payments.
In fact, the eco-schemes will incorporate the so-called greening payment that characterized the previous CAP 2015-2022 and, from a monetary point of view, will represent 25% of the aid of the new Common Agricultural Policy, which will be in force from 2023 to 2027. therefore of a characterization that, obviously, will affect the techniques and production methods.
We clarify that the eco-schemes will not overlap with the agri-environmental measures of the RDPs, therefore of the structural funds, which will certainly be maintained, but they will be a completely different thing.
Obviously, eco-schemes are an obvious attempt to reconvert our production models, which are highly impacting, energy-intensive and with production systems that cannot be replicated even in the short term.
Thus, with eco-schemes, as confirmed by now, annual payments will be granted for eligible hectares, in two possible forms:
– additional payments to basic income support;
– payments totally or partially compensating for the additional costs incurred and for the loss of earnings.
Each member state on the basis of the four chapters indicated by the EU has activated a model of eco-schemes which, in fact, are limited to the four chapters indicated by the European Union, namely:
– Agroforestry;
– Agroecology;
– Precision agriculture;
– Carbon sequestration.
To give clarity to this first part, let’s immediately say that the eco-schemes that, initially, in Italy, were foreseen in 9 typologies, were then reduced to 7 and, subsequently, to the definitive 5 typologies, strictly correlated and integrated. with enhanced conditionality.
In this way, with this definitive architecture, the 5 eco-schemes will be allocated, as mentioned, 25% of the resources for direct payments, which correspond to approximately 888.66 million euros, according to the following criterion:
– 1. Payment for animal welfare and the reduction of antibiotics (376.41 million euros or 42%);
– 2. Multi-year crop coverings (155.59 million euros equal to 17%);
– Protection of olive trees of particular landscape value (150.27 million euros equal to 17%);
– Extensive forage systems with rotation (€ 162.94 million, equal to 19%);
– Specific measures for pollinators (€ 43.43 million or 5%).

Now, as a well-known TV presenter used to say, the question arises: will these “not indifferent” measures (both in economic terms and in bureaucratic organization) be enough to redirect an agri-food model, visibly impacting, towards virtuous models (truly eco-sustainable)?
From many sides, and we refer to various researchers and experts in the field, the perplexity is high, especially in considerations that, in the meantime, as children of different parents, the Farm to Fork strategies and that on Biodiversity 2030, the latter not limited to the exclusive naturalistic sector but also to the agricultural one.
In a nutshell, the two strategies require a total paradigm change to the production model, moving imposing criticisms precisely on the fact that our production models do not adopt criteria and principles that are synchronous to ecological ones.
In a nutshell, our agricultural production systems are not regenerative and, therefore, beyond the eco-schemes, they must undergo a general revision that does not only concern some corrective in the use of the surfaces but that must combine traditional knowledge (today a lot reductionists) with modern scientific knowledge, imitating natural processes, to ensure many other benefits as well. Among these, for example, the fact of decreasing soil erosion and remineralising them, of guaranteeing the purity of water in the aquifers, reducing the use of synthetic substances, increasing corporate and consortium biodiversity (we remind you that, according to FAO data, agriculture is the first factor in the erosion of both agricultural and ecological biodiversity).
We also clarify that the famous (now sterile) question that without intensive agriculture the world will starve has no scientific or technical value. It is well known (precisely from a scientific point of view) how the increase in production biodiversity, the circularity of processes towards more closed thermodynamic systems, the recovery of production inputs, the shortening of supply chains, etc. are the real factors that will allow us to move out of this linear model of economy (applied even worse in agriculture) towards a model with higher yield and productivity.
To do this, however (a process that is still underway), it is necessary to act quickly on the application of the principles of Agenda 2030, whose 169 targets or goals seem to lie at the bottom of good intentions but widely misunderstood and worse applied in the political agendas of governments.
Only in Sicily with the L.R. 21 of 29 July 2021 “Provisions on agroecology, protection of biodiversity and Sicilian agricultural products and technological innovation in agriculture. Rules on the subject of state-owned maritime concessions ”, an impetus was given to a concrete way of applying the requirements of Agenda 2030 and, at EU policy level, with the two strategies Farm to Fork and Biodiversity 2030.
A model that concretely indicates how to apply eco-schemes, how to gradually reconvert production models, how to trigger the circularity of processes, how to change traditional knowledge, etc.
We are faced with two ways of understanding not only technical issues but above all visions of the world and of life.
We are faced with two opposing paradigms:
– The linear model, with all its followers and great economic interests;
– The circular model, with its ethical principles and global justice.
We need a re-literacy of consciences without which that of knowledge is impossible.
We need a new language of politics, and therefore of practical repercussions, which can no longer feed on slogans and low populisms but on a Consciousness that must make a pact with Nature, trusting her, understanding that we will feed (not only from the point of view nutritive) the world and its inhabitants only within its rules. Outside there are only wolves (with respect for this wonderful animal), bewitchers, false prophets, with their own interests and selfishness.