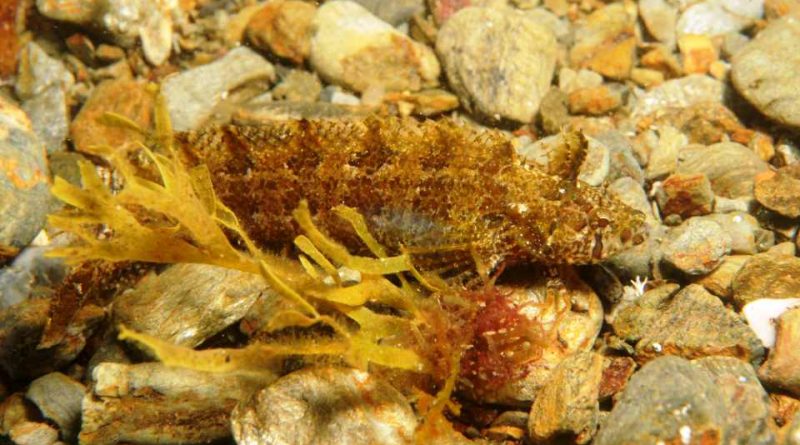 The Cline (Clinitrachus argentatus Risso, 1810) is a saltwater fish belonging to the Clinidae family.

Geographic Distribution and Habitat –
The Cline is an endemic fish of the Mediterranean Sea with the exception of the southernmost parts. It is also found on a limited sector of the Moroccan Atlantic coast.
It is common on the coasts of the Italian seas, especially in Sicily and in the central Tyrrhenian and less in the Adriatic.
Its habitat is that of the coasts with hard bottoms, where it lives at very small depths, covered by an algal layer, among the prairies of zostere and posidonia, especially in the intertidal zone, between which it camouflages itself perfectly. 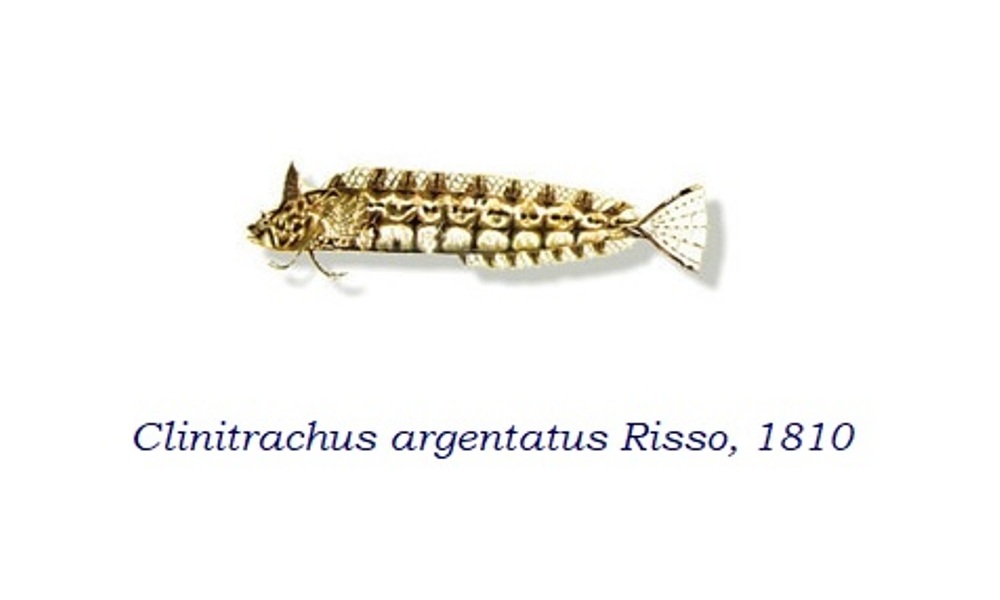 Description –
Clinitrachus argentatus is a fish that can reach a maximum size of 10 cm but usually 7-8 cm.
It has a body flattened laterally, with small cycloid scales incorporated into the epidermis.
The head is small with a sharp muzzle and terminal mouth with very fleshy lips. In both jaws there are two rows of teeth. It has a very small tentacle above the eye.
It features two dorsal fins. The first, very short and triangular, originates at the height of the posterior edge of the preoperculum. The second, which immediately follows the first, reaches the caudal peduncle, with which it is connected with a thin membrane.
The anal is also very long and connected to the peduncle. The caudal is free, with a rounded posterior margin and widely spaced rays.
The pectorals are not very developed and the central filiform.
It has a variable color, with constant pattern and spots, which varies from dark green to light ocher yellow, passing through all shades of purplish brown and greenish brown. The drawing may be dense or missing, dark spots on the uneven fins and a dark oblique line under the eye always remain.

Biology –
Clinitrachus argentatus is a fish that lives on rocky coasts a few decimetres deep in the midst of algae, where the females lay their eggs in one meter of water, providing them with a tuft of silky filaments adhering to the algae. In fact, a nest is not prepared but the eggs, which are adhesive, are laid by several females among the algae and are then supervised by the male.
The spawning period is spring.

Ecological Role –
Clinitrachus argentatus is the only member of its genus.
This fish feeds on small organisms, typically small marine invertebrates.
It can be captured with a suitable tile and is often raised in Mediterranean aquariums but, given its cryptic behavior, it is not a showy host.
As far as the safeguarding of this species is concerned, Clinitrachus argentatus is threatened by the decline of the quality of the habitat due to the pollution and the rarefaction of the algal mantle, in particular of the cystoseireto.