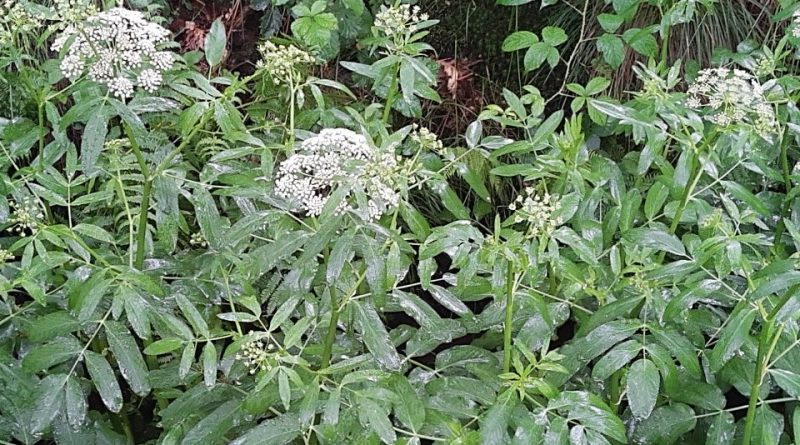 Water-parsnip (Sium latifolium L.) is a herbaceous species belonging to the Apiaceae family.

Etymology –
The term Sium comes from the Greek σίον síon, the name of a perennial plant of humid and marshy places in the northern hemisphere.
The specific epithet latifolium comes from latus largo, extended and from fólium leaf: that is, with wide leaves.

Geographic Distribution and Habitat –
The water-parsnip is a species mainly distributed in central Europe, native to an area that includes most of Europe, Kazakhstan and Siberia.
In Italy it is present from Lombardy to Friuli, in Emilia-Romagna, Tuscany, Abruzzo and Campania.
Its habitat is that of humid environments, near stagnant waters, swamps, shores of lakes, below the mountain belt, at altitudes between 0-600 meters above sea level. 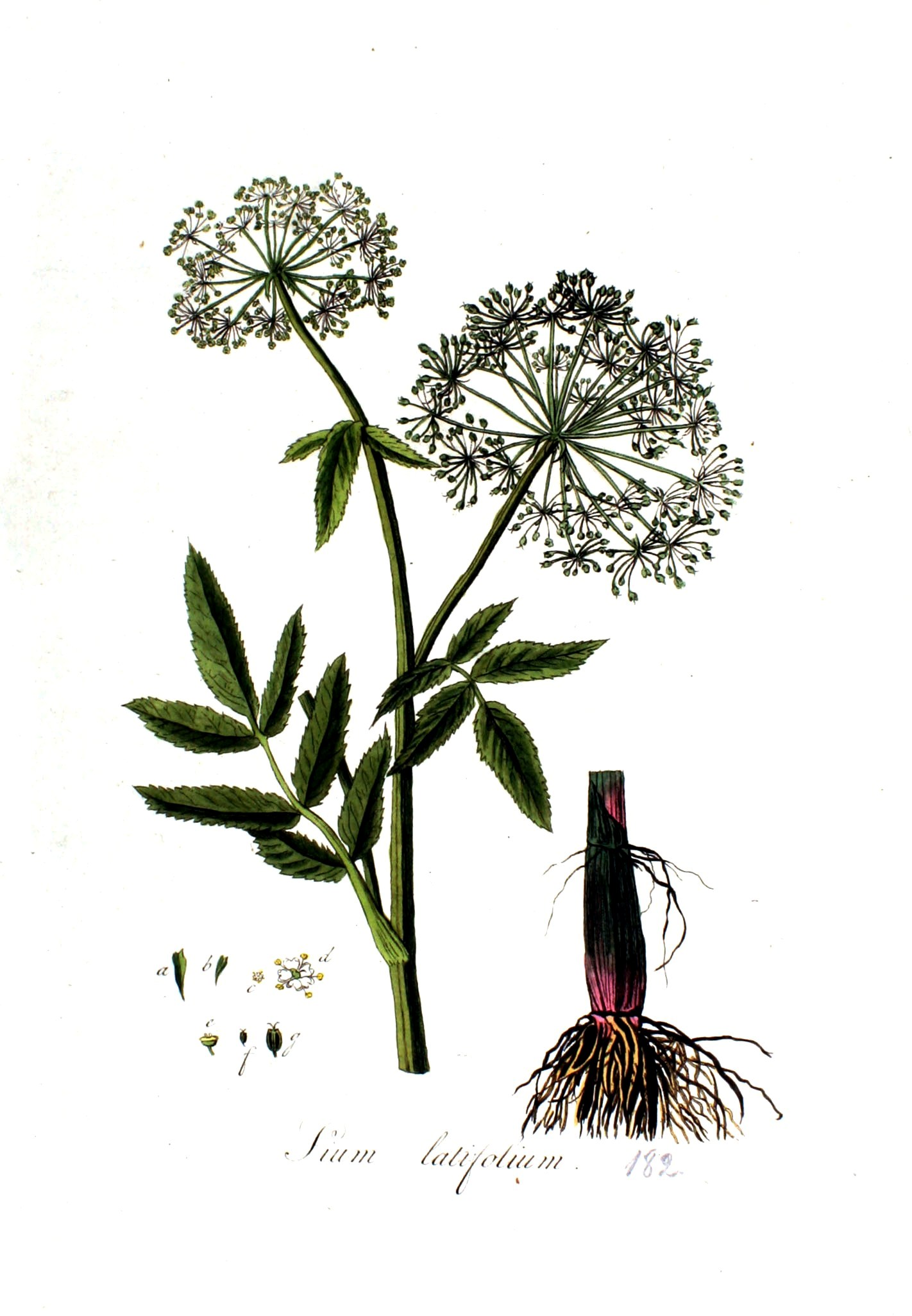 Description –
Sium latifolium is a perennial herbaceous plant with a hollow and grooved stem that reaches a size of up to 2 meters in height.
It has an intense green and hairless color.
The leaves are up to 30 centimeters long with blades supported by hollow petioles that are attached to the stem at their base.
The inflorescence is an umbrella bearing white, fragrant, hermaphroditic flowers. Pollination is through beetles, flies and bees.
Its flowering period is between the months of July-September.

Cultivation –
Sium latifolium is a perennial plant that grows spontaneously and which, especially in the past, was collected and used for food, medicine and other uses.
When eaten by dairy cows, the plant tends to impregnate their milk with an unpleasant taste; it is also considered a toxic plant.
The plant can be grown mainly in organic and very humid soils or submerged in full sun.
Propagation occurs by seed; sowing must be carried out from late winter to early spring, directly in the open field and the seed may be slow to germinate.
It can also propagate by division in early spring, just before the new vegetative phase. It is advisable to take the divisions that branch off from the lateral roots.

Customs and Traditions –
Sium latifolium belongs to those plants used in ancient times but, today, almost no longer used.
Remember that the whole plant, and especially the root, is poisonous.
In edible use, cooked leaves were used, but some caution is advised, given the notes on its toxicity.
In medicinal use it is counted among medicinal plants even if the information is not always clear. However, it seems that the entire epiphytic part was used.
An essential oil is obtained from the seed.

Preparation Method –
Sium latifolium is a plant with potential uses in the medical field but there are no particular researches on the subject, especially with regard to its essential oil.
It was used in the past for food use using cooked leaves.
In the medical field, the herb is used but the news in this regard is fragmentary.