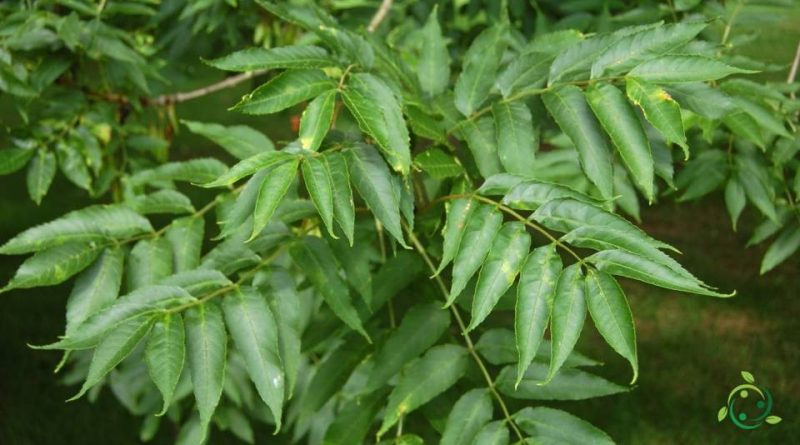 The ash or common ash (Fraxinus excelsior L.) is a plant of the Oleaceae family, widespread from Asia Minor to Europe.

Suitable breeding habitat –
Fraxinus excelsior is a plant native to all of continental Europe, from northern Spain to Russia and from southern Fennoscandia to northern Greece. Its origin is also hypothesized in southwestern Asia, from northern Turkey in the east to the Caucasus and the Alborz mountains. The northernmost location is in the Trondheimsfjord region of Norway.
The species is widely cultivated and reportedly naturalized in New Zealand and scattered locations throughout the United States and Canada including Nova Scotia, New Brunswick, Quebec, Massachusetts, Connecticut, New York, New Jersey, Maryland, Ontario, Ohio , Kentucky and British Columbia.
In Italy it is frequent in the center-north. In the south and on the islands it is replaced by the southern ash.
Its habitat is that of calcareous soils where it forms woods in the wetter areas mixed in some cases with oaks or scrubs, hedges, etc.

Propagation –
The ash is an interesting species for wood arboriculture, mesophilic and demanding lucivaga, it requires fertile, humid and deep humus-rich soils, it is governed by high forest with shifts of 70-80 years and rarely in coppice, it multiplies easily with sowing or transplanting 2-4 year old seedlings, a continuous and timely fight against animal and fungal parasites must be foreseen. It is a fairly shade tolerant species in the juvenile phase and therefore can easily renew itself in sparse oak woods and beech forest clearings. It also renews itself well in the former abandoned cultivations.
Propagation occurs by seed which should be collected green if possible, as soon as it is completely developed but before it has completely dried on the tree, and which must be sown immediately in an unheated seedbed.
It usually germinates in spring, furthermore the stored seed requires a period of cold stratification and it is best to sow as soon as possible in the seedbed.
About 5% of stored seeds will germinate in the first year, the rest will germinate in the second year.
The young seedlings are then grown in individual pots for the first winter. The transplant should be done in the spring or early summer of the following year.
It is recommended to grow the seedlings in pots before transplanting them to their permanent locations.
Cuttings of mature wood can also be prepared, to be placed in a substrate outdoors, in a sheltered place in winter.

Ecology –
Fraxinus excelsior grows on various types of soil, but is particularly associated with basic soils on calcareous substrates. It prefers the wetter soil types and is commonly limited by temperature and therefore is not found in the coldest and highest altitudes in much of Europe, although in Iran it can reach 2000m above sea level.
Young seedlings tolerate shade, but older trees require light. It is a species of first succession and can compete well with beech and oak, which are species in second succession.
F. excelsior mycorrhizae are of the internal arbuscular mycorrhizal type, in which the fungus grows within the root tissues. Unlike other Fraxinus species, F. excelsior does not form ectomycorrhiza.
There are 111 species of insects and mites that use Fraxinus excelsior as a food plant, of which 29 are specific. Several species of moths use this plant as a food source.
An example of a moth that feeds specifically on this plant is the Atethmia centrago. The larvae burrow into the buds when they are just hatched and later feed on the flowers and leaves. A common moth that causes browning of ash leaves, in addition to privet and lilac, is Gracillaria siringalla. Usually gregarious larvae form an epidermal tunnel (i.e. they feed inside the leaf) leading to a brown spot with black ash. Two successive cones are then formed by bending the tip of a leaf downwards.