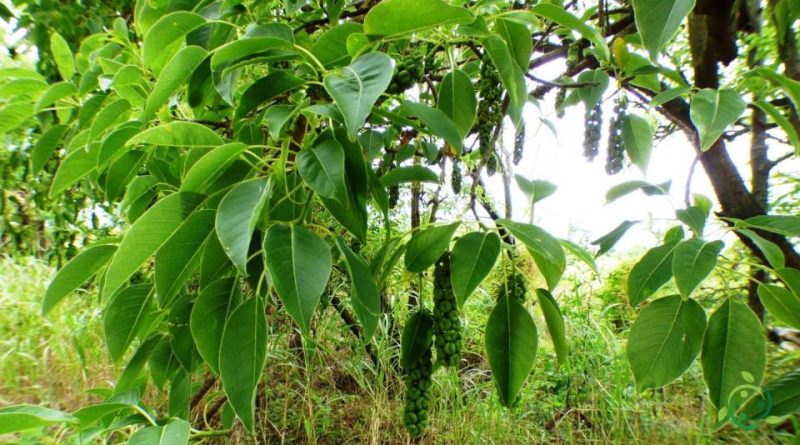 The Ombú (Phytolacca dioica L.) is an evergreen tree of the Phytolaccaceae family native to South America.

Suitable breeding habitat –
Phytolacca dioica is a large evergreen tree native to the South American pampas.
In its original range it is widespread in South America, Argentina and Brazil.
Its habitat of origin is that of the arid plains and woods of the pampas, present in the secondary formations, in dense forests, with fertile soils, in the alluvial plains and at the foot of the slopes, where it grows, up to altitudes of 2,000 meters.

Propagation –
The Ombú is an evergreen plant that can reach 20 meters in height in humid tropical and subtropical areas. It grows best in areas where annual daytime temperatures are between 18 and 32 ° C, but can tolerate between 12 and 38 ° C.
When dormant, the plant can survive temperatures down to around -5 ° C, but young shoots can be severely damaged as low as -1 ° C.
The plant prefers an average annual rainfall in the range 800 – 1,500 mm, but tolerates 600 – 5,000 mm.
It is an easy to grow plant that grows in most soils although it prefers fertile soil that retains moisture in full sun or partial shade, with a pH between 5.5 and 7, tolerating between 5 and 7.5.
Once established, the plants are very resistant to drought; it also tolerates coastal saltiness and strong winds, including hurricanes.
Propagation occurs by seed. The seed does not require pretreatment and it is recommended to sow as soon as it is ripe in containers or in a seedbed in a slightly shaded position.
When the seedlings are 4 – 5 cm tall, they should be placed in individual pots where they are grown until they are large enough to be transplanted, which corresponds to about 4 months later.

Ecology –
Phytolacca dioica is a dioecious plant, with male and female flowers on separate plants.
It is a fast growing plant but its wood is soft and spongy enough to be cut with a knife. These properties have led this plant to be used in the art of bonsai, as it is easily manipulated to create the desired effect.
Since the sap is poisonous, animals are not grazed where this plant grows.
Although it is a plant native to the pampas of South America, it is widespread throughout the Mediterranean region. It is characterized by gnarled roots emerging from the ground near the stem and by a short and stocky trunk, divided into several branches. In Italy it blooms between spring and summer.
It produces purple berries that stain a lot and are difficult to remove.