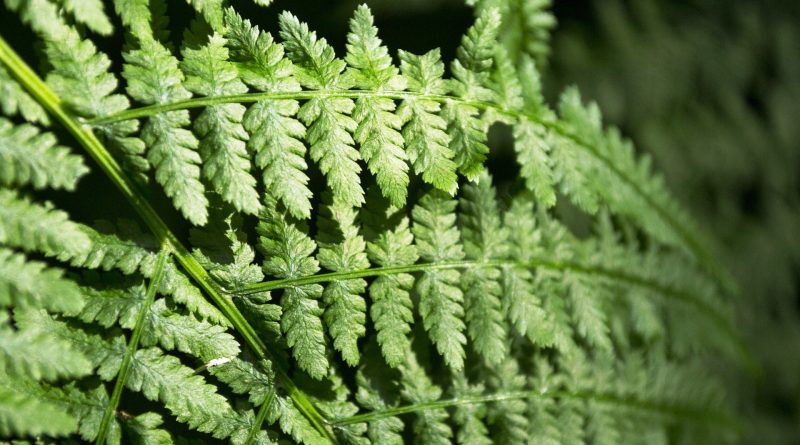 Mathematics is the alphabet in which God wrote the universe
This famous phrase by Galileo Galilei finds its fulfillment in the observation of the structures with which nature is composed. From the most microscopic organisms to the most beautiful and unlikely manifestations of plants, animals, fungi, etc.
Nature has elaborated systems of representation then, which find the maximum perfection and organization in fractals.
Nature produces many examples of shapes very similar to fractals. For example, in a tree, especially in the fir, each branch is approximately similar to the whole tree and each branch is in turn similar to its own branch and so on; It is also possible to notice phenomena of self-similarity in the shape of a coast: with images taken from satellite gradually larger and larger it can be seen that the general structure of more or less indented gulfs shows many components which, if not identical to the original, however, they look a lot like him. Fractals are also present in nature, as in the geomorphological profile of the mountains, in the clouds, in the ice crystals, in some leaves and flowers. According to Mandelbrot, the relationships between fractals and nature are deeper than we think.

Fractals –
A fractal is a geometric object with internal homothety: it is repeated in its form in the same way on different scales, and therefore by enlarging any part of it, a figure similar to the original is obtained. Fractal geometry is therefore called (non-Euclidean) geometry that studies these structures, recurring for example in engineering network design, in Brownian motion and in galaxies.
This feature is often called self-similarity or self-similarity. The term fractal was coined in 1975 by Benoît Mandelbrot in the book Les Objets Fractals: Forme, Hasard et Dimension to describe some mathematical behaviors that seemed to have a “chaotic” behavior, and derives from the Latin fractus (broken, broken), as well as the term fraction; in fact, fractal images are considered by mathematics to be objects of non-integer dimension
Furthermore, fractals often appear in the study of dynamic systems, in the definition of curves or sets and in chaos theory and are often described recursively by very simple algorithms or equations, written with the help of complex numbers.

Spirals –
Returning to nature, we see how, for example, spirals are the basis of the living world. Whenever there is a need to expose as much external surface as possible, but at the same time there is a limit to the total volume of available matter, or a disadvantage to weight gain, the evolutionary process favors fractal forms. The cell nucleus is made up of a long spiral chain, DNA, showing the entire genetic code. Even the shape of certain organisms can be spiral (such as that of Ammonite, which lived about three hundred million years ago; Archimedes drew inspiration from it to even write a treatise: “On Spirals”). Even in inanimate nature we discover spirals (many galaxies, for example, are spiral-shaped; including ours: The Milky Way). But the most interesting thing, in the context we are dealing with, is that spirals are also the basis of fractals. There are three common types of plane spirals, the most important of which, as far as fractals are concerned, is the logarithmic spiral. The logarithmic spiral can be distinguished from the Archimedean spiral by the fact that the distances between the arms of a logarithmic spiral increase according to a geometric progression, while in an Archimedean spiral these distances are constant.
The biological world is based on complex mathematical models, not all of them yet perfectly known and deduced.

Mathematical nature of the biological world –
The mathematical nature of the biological world takes on particularly elegant and enigmatic forms in the plant kingdom. The mathematical aspects of plants have long been recognized. D’Arcy Thompson clearly saw that the strange numerology of the plant world has important implications for the developmental biology of plants. Thanks to contemporary research on dynamics, today we have a fairly clear idea of ​​what is involved in this biology. Following a well-established tradition, which led back to Leonardo da Vinci (but which he hypothesized could go back to the times of the ancient Egyptians), Thompson observed that the animal kingdom has a curious preference for particular numbers and spiral geometries, and that in it numbers and geometries are closely related. Logarithmic spirals can be observed in the arrangement of the leaves of some plants, defined as phyllotaxis (an example is the arrangement of pineapple scales or the arrangement of Aloe leaves). The arms of tropical cyclones, such as hurricanes, form logarithmic spirals. In biology, structures roughly similar to the logarithmic spiral are easily found in the shells of many molluscs. An extremely interesting thing is that we can construct an approximate logarithmic spiral with an inclination of about 17.03239 degrees, using the Fibonacci numbers or the golden ratio. A golden spiral is a logarithmic spiral in which the constant ratio between consecutive rays is equal to the golden number. 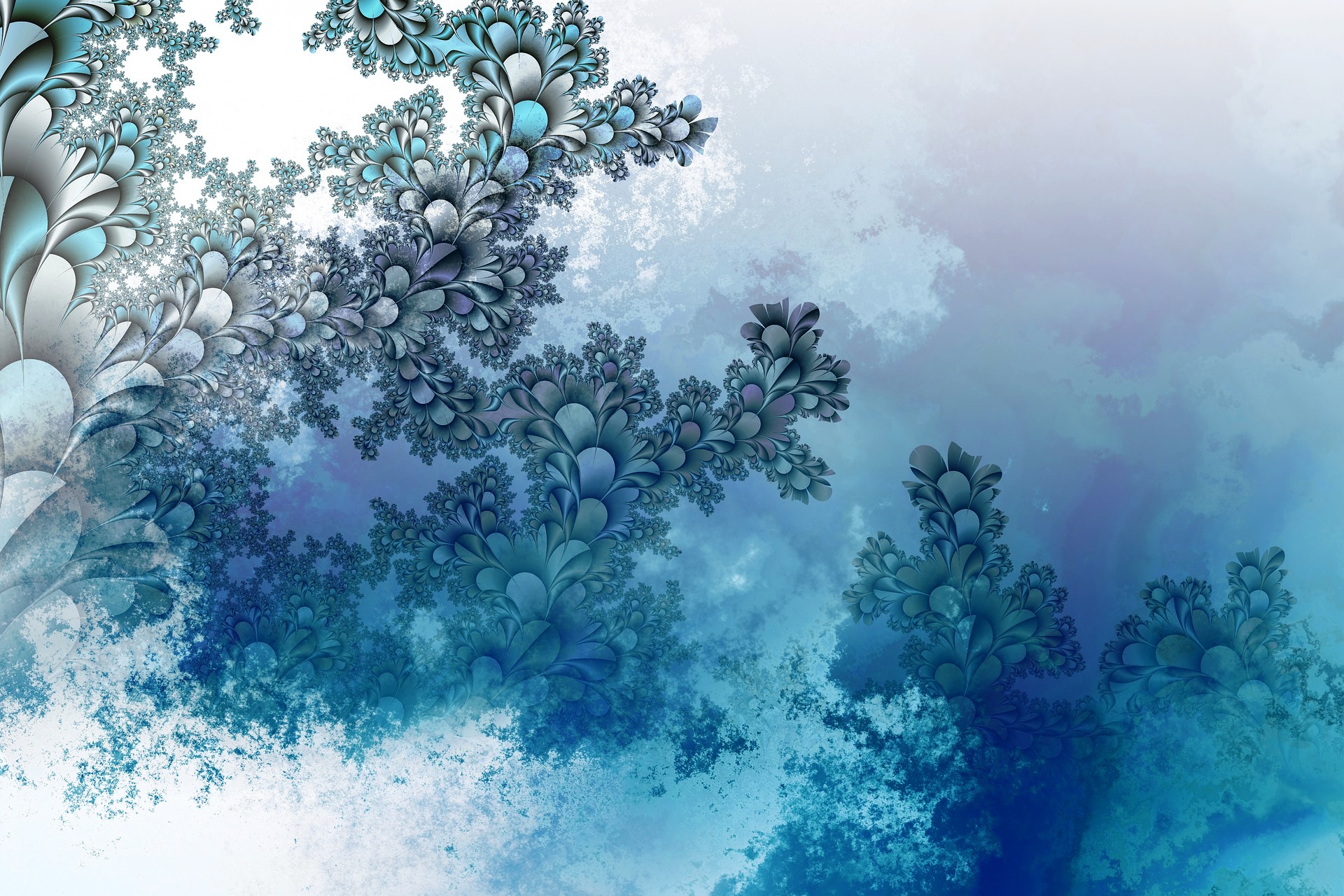 Phyllotaxis –
Phyllotaxis is a branch of botany responsible for the study and determination of the order in which the various botanical entities (leaves, flowers, etc.) are distributed in space, giving a geometric structure to the plants. The spirals of the cones of fir trees were studied in the mid-eighteenth century by two mathematicians, Charles Bonnet and G.L. Calandrini. An important contribution to the theory of phyllotaxis was made around 1837 by the pioneer of crystallography Auguste Bravais and his brother Louis, when they discovered the single most important regularity in the growth of a plant: a particular angle, which is universal in the geometry of plants, namely the angle of divergence (which is approximately 137.5 degrees). To appreciate the mathematical meaning of this number, let us consider two consecutive numbers in the Fibonacci sequence, such as 34 and 55; we form the corresponding fraction 34/55 and multiply it by 360 °. The result is about 222.5 °. Now, we can measure the angles outside or inside, and since 222.5 ° is greater than 180 °, we should subtract it at 360 °; we thus obtain the mysterious angle of 137.5 °. This particular angle is also called: golden angle.
In 1907, Gerrit van Iterson calculated what arrangement would be obtained by drawing successive points on a tightly wound spiral at angles of 137.5 °. He showed that, due to the way in which neighboring points are aligned, two families of interpenetrating spirals are obtained: one that winds clockwise and the other counterclockwise. In consideration of the close relationship between the Fibonacci numbers and the golden number, the numbers of the spirals in the two families are consecutive Fibonacci numbers (which Fibonacci numbers they are, depends on how tight the spiral is). In 1979, Helmut Vogel represented the seeds of a sunflower head with equal circular discs, and calculated which rule of distribution at intervals (assuming a constant angle of divergence) would pack those discs as compactly as possible. The experiments performed on the computer showed that, if the divergence angle is less than 137.5 °, voids appear in the head, and only a family of spirals can be seen.
Even in the opposite case, that is, if the divergence angle is greater than 137.5 °, gaps appear in the head, but this time only the other family of spirals is observed. The golden angle is therefore the only angle at which the seeds pack without leaving gaps; and when they do, both families of spirals are seen simultaneously. The British mathematician Ian Stewart, in his book “The other secret of life”, states that: “If, on a distant world, with a completely different kind of life (and a genetics not based on DNA), they had originated organisms similar to plants, with a form of growth based on the same general lines, also these would have the Fibonacci numerology. Fibonacci numbers are not accidental, but are consequences of universal geometry, called ‘crystallography’ of the structure of plants. In fact, plants cannot avoid Fibonacci numerology, in the same way that salt crystals cannot avoid being cubic ”.

Animal kingdom –
In the animal kingdom, the shell of the Nautilus Pompilius has a shape that recalls the golden spiral. The Nautilus is a mollusk found mainly in the western Pacific Ocean and the Indian Ocean. In the shell structure of the Nautilus, the presence of the golden section can be recognized. The successive arches of the golden spiral reproduce the shape in which the Nautilus enlarges its shell as it grows. The ratio of one coil of the Nautilus to the next is equal to the ratio of two successive Fibonacci numbers, which is the golden number. In the field of geometry, if you draw a rectangle with the sides in a golden ratio to each other, you can divide it into a square and another rectangle, similar to the large one in the sense that its sides are also in the golden ratio. At this point the smaller rectangle can be divided into a square and a rectangle which also has the sides in golden ratio, and so on. The curve that passes through consecutive vertices of this succession of rectangles is a spiral that we often find in shells and in the arrangement of sunflower seeds and leaves on a branch.