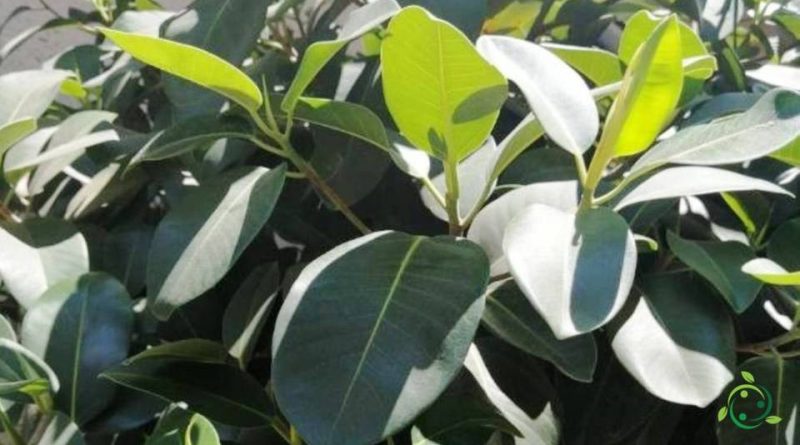 Rubber fig (Ficus elastica Roxb.) Is an arboreal plant of the Moraceae native to the tropical wetlands of eastern southern Asia and south-east Asia.

Suitable breeding habitat –
Ficus elastica is a plant native to the eastern area of ​​southern Asia and south-east Asia. He was naturalized in Sri Lanka, the West Indies and the US state of Florida.
The area of ​​origin ranges from Nepal in the north to Indonesia, Bhutan, northeastern India, Burma and China (Yunnan) and Malaysia.
This plant was subsequently widely introduced to most tropical regions of the world, including Hawaii and the West Indies. In Europe it also grows in mild locations throughout the Mediterranean basin.

Propagation –
Ficus elastica is a plant that requires a warm humid climate and a luminous position but not direct sunlight to grow, regular watering more abundant in summer spaced out in winter, fears dry environments and benefits from frequent spraying on the leaves, fertilizations 2 times a day. month in the summer with alternating liquid organic and mineral fertilizers to have well-colored leaves, they are repotted when the roots have completely filled the pot, in spring using well-drained universal soil, in larger specimens refill.
In Sicily it is grown in the open ground in all exposures. It reaches a height of 5-6 meters.
The best known varieties are: Ficus elastica var. decora and the Ficus elastica var. varied.
The multiplication generally takes place by layering at the beginning of the summer; also used to renew plants that tend to thin out in the lower area in summer. It easily reproduces also by apical or branch tip cutting.
When reproducing from seed, it should be remembered that vitality is 20 – 50% and apparently does not decrease in the first three months of storage. After the seeds have been cleaned of the surrounding pulp, they should be sown in the shade; the first seedlings appear 2 weeks later.
After germination and after the development of the first 2 pairs of leaves, the seedlings are extracted and placed in trays or pots in the shade. The seedlings are then replanted in places of growth, when they are several cm high, and placed at a distance of 25 – 40 cm. Once they are well established they should be placed in the open field, and can grow in full sun. The seedlings can be planted in the field when they are 35-40 cm high, that is, only after about a year, since the initial growth is slow.

Ecology –
In its natural jungle habitat, Ficus elastica can reach a height of 30m and often begins as an epiphyte, then strangles its host before becoming a large tree.
It should be remembered that each member of the genus Ficus has a symbiotic relationship with an agaonid wasp; Just as each Ficus species requires a specific wasp to pollinate, the wasp will only lay eggs within the associated Ficus species. F. elastica is associated with the wasp Pleistodontes claviger Mayr, 1885 of the Agaondae family, originally from India or Java but present in both places.
Ficus elastica thrives in wetter and warmer tropical climates and in vegetation zones of tropical rainforest, woodlands and shrubs and light tropical forests, but apparently it can withstand temperatures between 0-10 ° C in winter and 10-30 ° C in summer, and annual rainfall up to 200 cm.
This species does not tolerate wind and tends to disintegrate in strong winds, but it tolerates shade and drought and can grow in almost any type of soil as long as it is well drained.