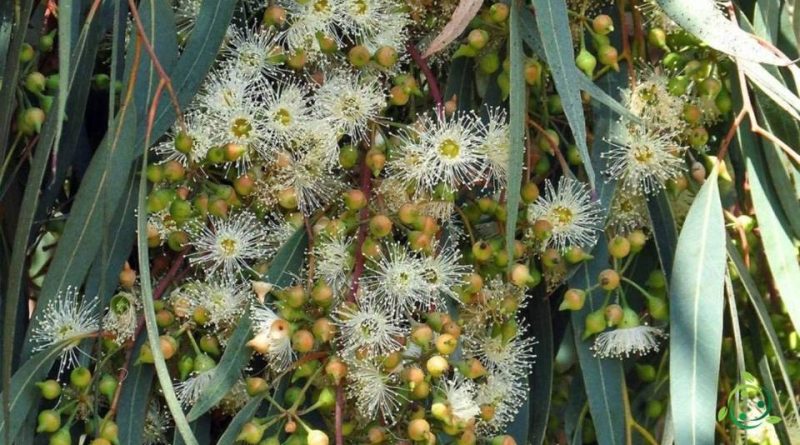 Reproduction of the Red river gum

The Red river gum (Eucalyptus camaldulensis, Dehnh. 1832) is a tree of the Myrtaceae family, native to Australia.

Suitable breeding habitat –
There Eucalyptus camaldulensis is a plant, native to Australia that has the widest natural distribution of any eucalyptus species. It is commonly found along waterways, and there are only a few places where the species is found away from a waterway.
There are several subspecies.
The acute subspecies is common along rivers from the south of the Cape York Peninsula in Queensland to the northwestern foothills and plains of New South Wales but is absent from coastal areas and the arid hinterland.
The arid subspecies has the widest distribution of the subspecies and is found in all continental states except Victoria. It grows in arid regions but only where there is sufficient moisture in the subsoil.
The subspecies camaldulensis is the dominant eucalyptus along the Murray-Darling river system and its tributaries. It is also found in the Eyre and Yorke peninsulas and Kangaroo Island in South Australia and in some locations along the Hunter River in New South Wales. It is the only subspecies in coastal Victoria.
The minimal subspecies is endemic to southern Australia, where it grows in the northern Flinders Ranges and the northern Eyre Peninsula.
The obtusa subspecies is endemic to tropical northern Australia, including parts of the Kimberley, Top End and Gulf of Carpentaria hinterland to the Gilbert River in Queensland.
The refulgens subspecies is endemic to the Pilbara – Gascoyne – Carnarvon region, along rivers flowing west, including some of the upper Murchison River tributaries.
The simulated subspecies is mainly limited to some rivers on the Cape York Peninsula, but with some populations further south.
This plant can therefore be found in many areas of the world with a temperate climate.
It has been present in Italy since 1803.
Its original habitat is along many streams in the interior of the Australian continent where the tree produces a very pleasant shade in the fiery heat of the central Australian areas and plays an important role in stabilizing the banks of the rivers, consolidating the soil and limiting erosion.

Propagation –
Red river gum is a plant that develops quickly from both fresh seeds and dried or kept cool. The plant quickly grows strong and can withstand drought already in the pipes used in reforestation. Excellent bonsai are produced with it and the plant can easily grow back from both the base and the epicorm buds.
It is one of the most cultivated eucalyptus trees in the world (5000 km² of plantations in 1980).
This plant grows in areas where the average annual precipitation is between 250 and 2,500 mm and an annual temperature between 3 – 22 ° C minimum and 21 – 40 ° C maximum.
It is a fairly frost-resistant species, it is known that plants of some origins survive temperatures down to at least -7 ° C.
It is a plant that prefers a sunny location in moderately fertile well-drained soil that retains moisture and with a pH of between 5 and 7, tolerating between 4.5 and 8.
Propagation occurs by seed which must be sown superficially in a sunny position, making sure however that the compost present in the sowing substrate does not dry out.
Germination rates are generally good, often close to 100% and species that come from high altitudes enjoy 6 – 8 weeks of cold stratification at 2 ° C.
After germination it is advisable to place the young seedlings in single pots as soon as the second set of leaves has developed; if left longer, the roots could be damaged.
The seedlings are ready for planting in the open field when they are 25 – 30 cm high, generally after 3 – 4 months.
The seed has a long vitality.

Ecology –
Eucalyptus camaldulensis, in its habitat of origin, can be found along the banks of waterways, as well as in the alluvial plains of these waterways. Due to the proximity of these waterways, it is subject to regular flooding in its natural habitat. It prefers soils with clay content. Trees depend not only on rainfall, but also on regular flooding, as floods recharge the water tables.
The association of this eucalyptus with water makes the tree a choice in its natural habitat, indeed sometimes the only choice in the driest areas, for other species. The trees provide a breeding habitat for fish during the flood season, which also benefits the life of waterfowl who depend on fish as a food source during their own breeding season.
It is a plant that provides shelter, food and shade for many species and this is particularly important for ecology in low-nutrient areas. The tree’s preferred habitat of floodplains and waterways also gives it the role of a flood mitigator, which slows the runoff of silt.
Outside its range, however, it is often a weed.
It is in fact considered as such in Portugal, the Canary Islands, South Africa, Spain, Bangladesh, the United States, Ecuador, Galapagos and other countries.
The species, although native to parts of Western Australia, has been naturalized via implantation and introduction as a restoration plant.
Additionally, its ability to tolerate drought and soil salinity, along with its prolific seed production and ability to reproduce when very young, mean it is highly adaptable and has been declared invasive in South Africa, California, Jamaica, Spain. and Hawaii.