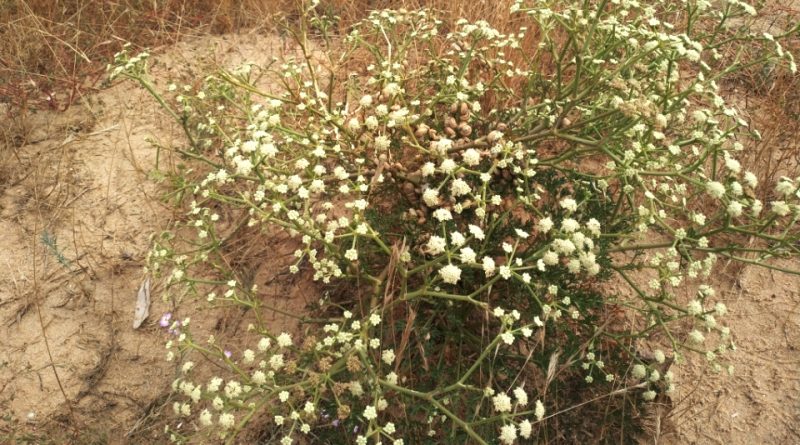 The Mediterranean fennel (Seseli tortuosum L.) is a herbaceous species belonging to the Apiaceae family.

Etymology –
The term Seseli comes from the Greek σέσελις séselis, a plant mentioned by Aristophanes, Dioscorides, Plutarch.
The specific tortuosum epithet refers to the presence of twisted or spiraled organs.

Geographic Distribution and Habitat –
The Mediterranean fennel is a species native to the Mediterranean basin and with distribution in an area that includes the following countries; in Europe: Albania, Algeria, Bulgaria, Crimea, France, including Corsica, Greece, Yugoslavia, Italy, including Sardinia and Sicily, Spain, Portugal, Romania, Turkey, European Turkey and Central European Russia, areas north and south of the Caucasus ; in Africa: Libya and Tunisia, up to East Asia, in Iran.
In Italy it is present in all regions (with some gaps).
Its habitat is that of rocky environments, in the garrigues, along the beaches, but also in disturbed environments such as uncultivated grounds, rubble and road margins, from sea level to about 600 m, with an optimum in the Mediterranean belt. 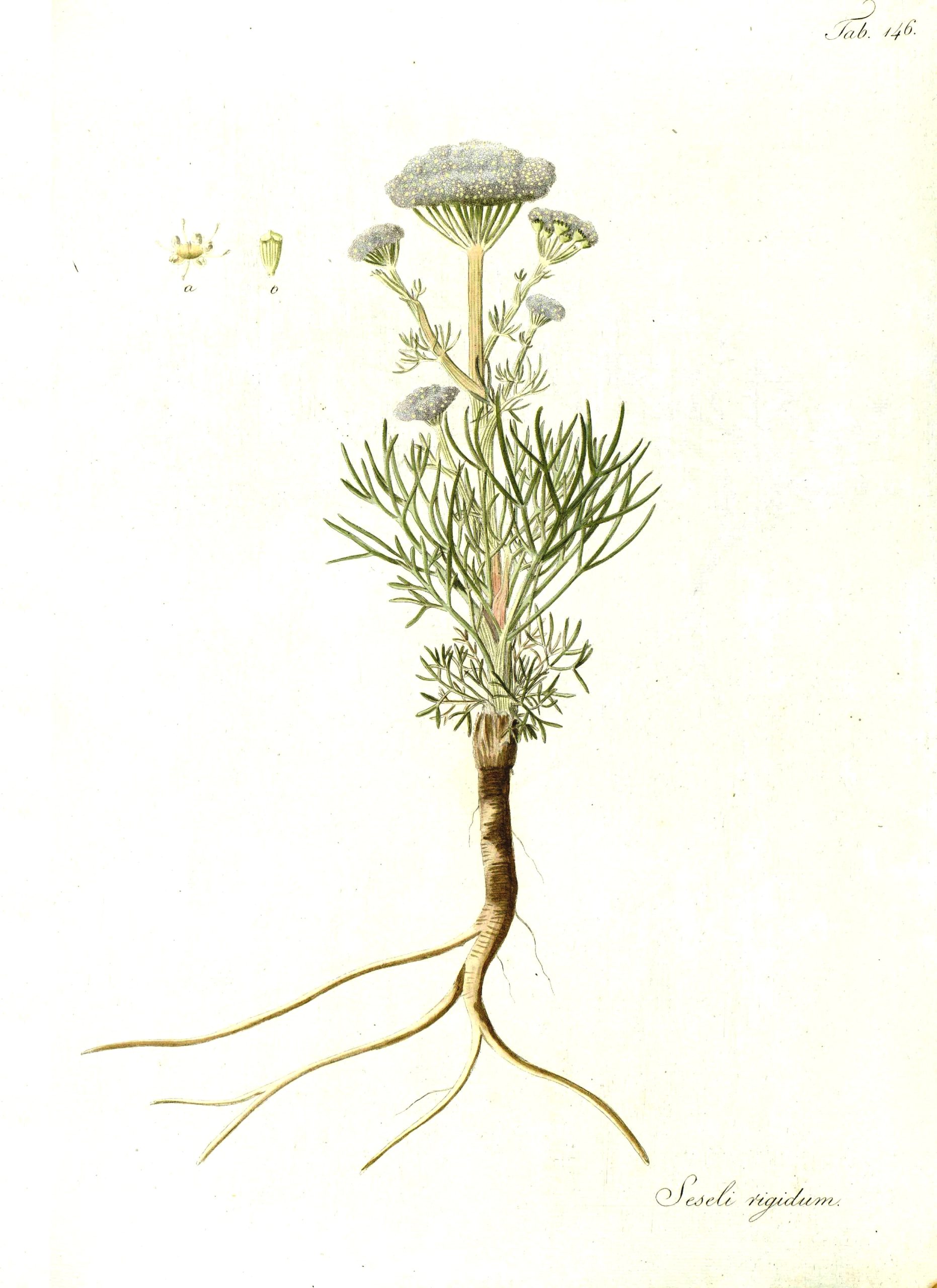 Description –
Seseli tortuosum is a perennial, herbaceous, branched, open and compact plant, 50 to 70 cm tall, rigid and tangled, with numerous stems that continuously change direction and intertwine; it is a hairless and bluish green plant.
The root is large and fleshy, tuberous, wrapped at the top with a thick fabric of brown fibers, which are the remains of old leaves.
The stem is thick, streaked, very branchy from the base, with tortuous, spread, bushy branches.
The lower leaves have a petiole channeled above, triangular on the circumference, bi-tripinnate, with fleshy, linear, channeled stripes above, finely indented at the margins.
In each flowering stem there are 10 or more umbels, with a maximum of 10 open rays, carrying other smaller umbels, with many white flowers, sometimes reddish or even purple, with 5 stamens and two open and persistent styles, 5 white petals, open, two spheres locked in the center of the flower. The secondary umbels are rounded but flat when ripe.
The flowering period is between August and October.
The ripe fruit is pubescent, with a thick, keeled rib.

Cultivation –
Seseli tortuosum is a plant that grows spontaneously and fairly common in dry grasslands and rock gardens of the Mediterranean region, along roadsides and uncultivated lands.
The plant can be grown in soils with a preferably sandy or medium texture texture in sunny areas and a temperate Mediterranean climate.
Propagation occurs by seed but during the vegetative season even that by stem portions can be attempted.

Customs and Traditions –
In ancient times the seeds of the plant were one of the many constituents of the teriaca (from the Greek θηριακή thēriakḗ, ie antidote, or according to some from the Sanskrit táraca, where tár means “save”) which is the basis of pharmaceutical preparations with supposed miraculous virtues, of very ancient origin and they came in the western maritime pharmacopoeia of the eighteenth century.
Both the flowers, fruits and leaves and the stem of this plant are used.
This plant has carminative, stomatal and tonic properties.
With the parts of the plant, infusions and tinctures are prepared, from fruits and juice from flowers, for internal use.
The leaves of this plant are very rich in vitamin C and are used, also for food use, in the preparation of sauces, soups and salads.

Preparation Method –
As mentioned, both the flowers, fruits, leaves and stems of Seseli tortuosum are used.
The fruits are harvested in the autumn period while the other parts between June and August.
The fruits can be dried and once dried in the sun, they are kept in glass jars, while the other parts must be used as soon as they are harvested.
Infusions and tinctures can be prepared for medicinal purposes or, for food use, the leaves can be used above all for the preparation of sauces, soups and salads.