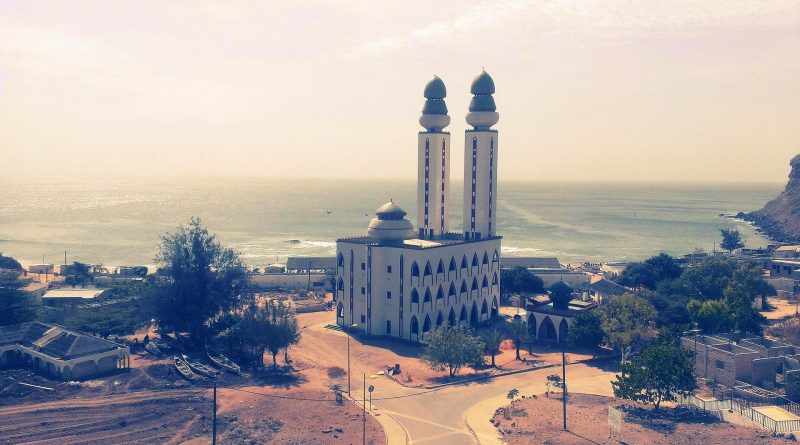 Senegal is a West African state.
This country has an extension of 196 722 km² and is located in the extreme western part of Sudanese Africa, on the left bank of the homonymous river and on the catchment areas of some minor rivers; to the west it overlooks the Atlantic Ocean.
It has a population of 16,636,330 as of 2018 and the capital is Dakar, with a population of 1,031,000 as of 2016.

Geography –
The territory of Senegal is largely flat, in a small part it has mountainous reliefs of volcanic origin that form the islands of Cape Verde. The most important rivers are the Senegal, which marks the northern border, the Gambia and the Casamance; the others are torrential. To the north the coasts are low, to the south they are dotted with lagoons.
Senegal is located in the western part of the African continent. It is located between latitudes 12 ° and 17 ° N and longitudes 11 ° and 18 ° W.
It is bordered externally by the Atlantic Ocean to the west, Mauritania to the north, Mali to the east and Guinea and Guinea-Bissau to the south; internally it almost completely surrounds the Gambia, ie to the north, east and south, with the exception of the short Atlantic coast of the Gambia.
The Senegalese landscape consists mainly of the gentle sandy plains of the western Sahel rising to the southeastern foothills. Here is also the highest point in Senegal, the Baunez ridge located 2.7 km southeast of Nepen Diakha at 648 m. The northern border is formed by the Senegal River; other rivers include the Gambia and Casamance rivers. The capital Dakar is located on the Cape Verde peninsula, the westernmost point of mainland Africa.

Climate –
Senegal has an equatorial climate with a warm but pleasant temperature throughout the year, with well-defined dry and wet seasons. The dry season (from December to April) is dominated by the hot and dry wind, called armattano. The annual rainfall in Dakar, around 600 mm, is distributed between June and October when the maximum temperature is 30 ° C and the minimum is 24.2 ° C; The maximum temperatures from December to February average 25.7 ° C and minimum 18 ° C.
Inland temperatures are higher than on the coast (for example, the average daily temperatures of Kaolack and Tambacounda in May are respectively 30 ° C and 26.7 ° C compared to 23.2 ° C in Dakar) and rainfall increases significantly further south, exceeding 1500 mm per year in some areas.
In Tambacounda, in the extreme interior, particularly on the border with Mali, where the desert begins, temperatures can reach as high as 47 ° C. The northernmost part of the country has a desert and hot climate, the central part has a warm semi-arid climate and the southernmost part has a tropical climate. 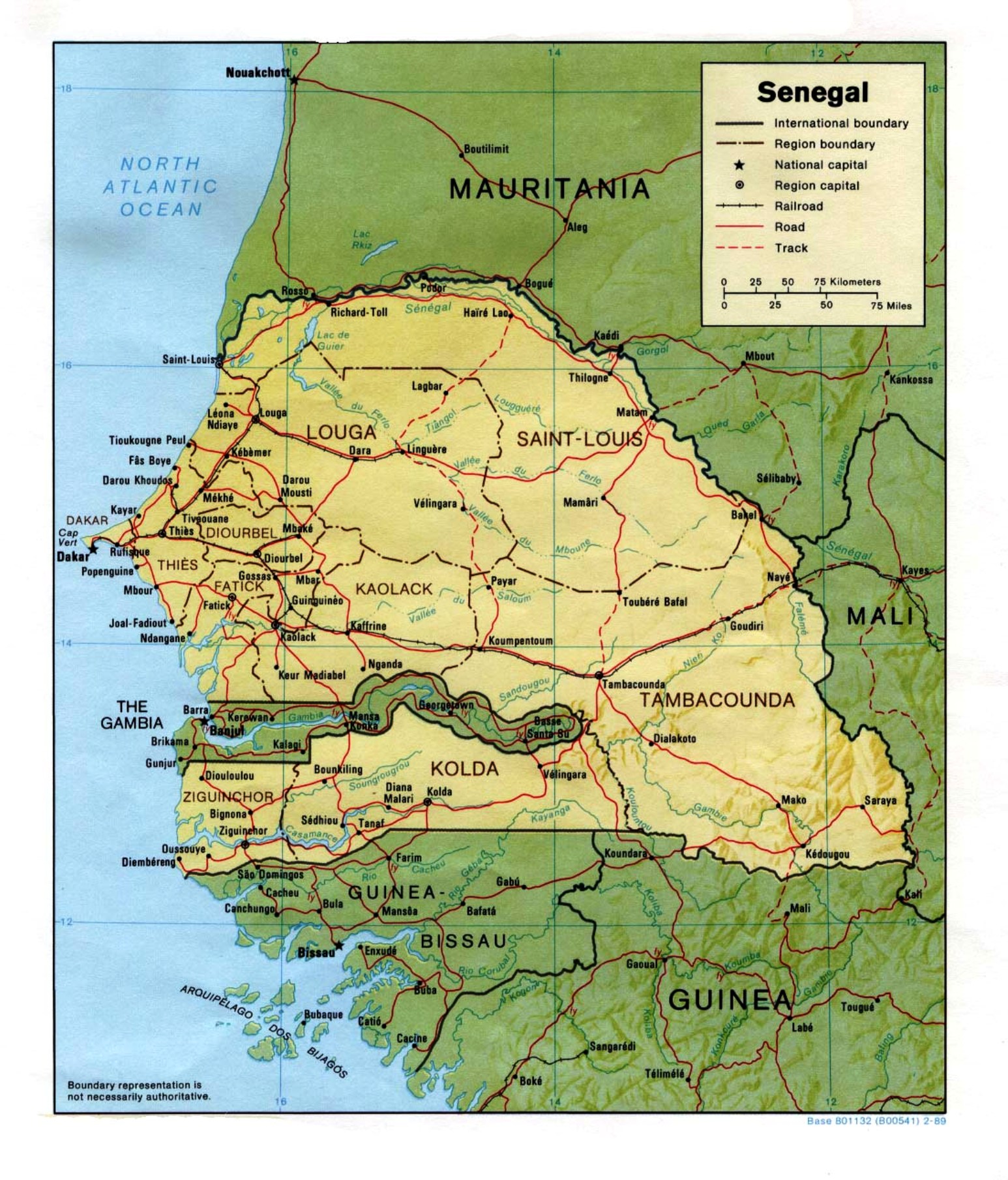 Flora-
From an ecological point of view, Senegal contains four ecoregions: the Guinean forest-savanna mosaic, the Sahelian acacia savannah, the western Sudan savannah and the Guinean mangroves.
In 2019 it achieved an average score of the Forest Landscape Integrity Index of 7.11 / 10, ranking 56th globally out of 172 countries.
In the savannah area the trees are typical of the Sahelian and Sudanese region: the baobab, the néré, the shea, the cola tree and the kapok.
In the southern part of the country, which is more humid, there are mangroves, plant formations typical of the areas located between the earth and the sea. Mangroves are very important for the environment and Senegalese society, but they are shrinking rapidly. For this there are several projects underway for their protection.
However, the increase in human activities and changes in weather patterns, which include an increase in rainfall shortages, are having a major impact, degrading natural habitats. This is particularly evident with regard to forests, which in the five years up to 2010 were lost at the rate of 40,000 hectares per year.
As for flora, at the end of 2018 in Senegal, about 5,213 species, subspecies and varieties of vascular plants had been recorded, of which 515 were trees or woody plants.
Important is the Niokolo-Koba National Park, a world heritage site and a large protected natural area in southeastern Senegal, near the Guinea-Bissau border. The park is typical of the country’s wooded savannah. Here there are about thirty tree species, mainly of the Fabaceae, Combretaceae and Anacardiaceae families, and about a thousand species of vascular plants. The driest parts are dominated by the African kino tree and Combretum glutinosum, while the gallery forests along rivers and streams (many of which dry up seasonally) are largely formed by Erythrophleum guineense and Pseudospondias microcarpa, interspersed with palm trees and tufts of bamboo. The depressions in the ground fill with water in the rainy season and support a wide range of aquatic vegetation. In the coastal area of ​​Niayes, a strip of coastal land between Dakar and Saint Louis where a line of lakes stretches behind the coastal sand dunes, the predominant vegetation is the African oil palm, along with African mesquite and Cape fig.

Fauna –
As for fauna, many of Senegal’s largest animals, which had a widespread distribution, have suffered habitat loss, persecution by farmers, and hunting for bushmeat and are now largely confined to the national park. . The Guinean baboon is one of them, as are the Senegalese harelope, the western harlequin, the scimitar oryx, the roan antelope, and several species of gazelles. Habitat degradation has caused a sharp decline in populations of western red colobus, elephants, lions and many other species. The western subspecies of the giant eland is in danger of extinction, the only known population remaining is in the Niokolo-Koba National Park; the rapid decline in the numbers of this antelope has been attributed to poaching.
Other mammals found in the country are the green monkey, the Guinean gerbil, and the Senegalese herbivorous mouse.
As for birdlife, around 674 bird species were recorded in Senegal in April 2019. Some of the most spectacular include the tropical red-billed bird, Arabian bustard, Egyptian plover, golden nightjar, red-throated bee-eater, brown-bellied starling, cricket bird, lark Kordofan is the golden sparrow of Sudan.
The Djoudj National Bird Sanctuary, on the south side of the Senegal River Delta, is an important site for waterfowl migration and wintering. About three million migratory birds spend the winter here. Birds that breed in the delta include the lesser flamingo, the marbled duck, and the black crowned crane. Further south is Saloum Delta National Park, located on the East Atlantic Flyway, along which some 90 million birds migrate each year. Some birds that breed or overwinter in the park include the king tern, the greater flamingo, the Eurasian spoonbill, the sandpiper curlew, the stone turner, and the small stint. Another important wetland is the Niayes, an important center of water birds and birds of prey; a large number of black kites have been recorded here.
The ichthyofauna is also important. As of April 2019, around 244 species of marine fish had been recorded off the coast of Senegal. Some freshwater fish species have been affected by the creation of dams in the Senegal River delta and the proliferation of certain plants such as southern cattail.
So even if Senegal has a large fish heritage, it is nevertheless threatened by overfishing which is done by large boats from the richest countries on the planet.