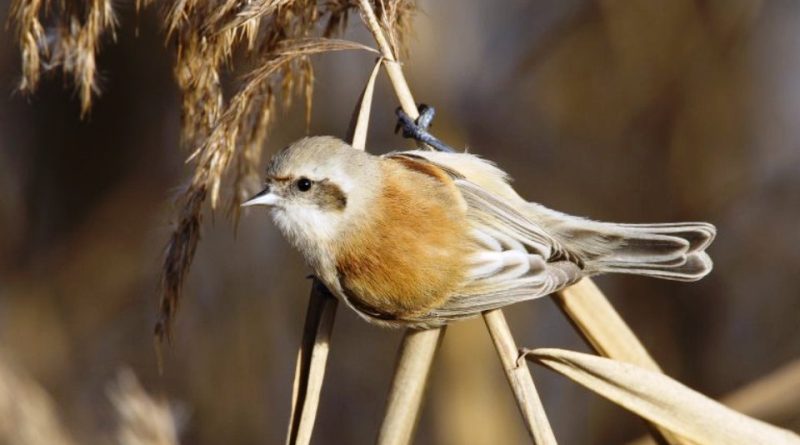 Geographic Distribution and Habitat –
The Eurasian penduline tit is a bird that with its subspecies lives over a very large range, estimated at 1-10 million square kilometers and a population estimated at 420,000-840,000 individuals in Europe alone, and there is evidence that the population, in some areali, is increasing.
It is present in Asia up to India, Mongolia, China and Japan. In Europe it is present in the north and south.
Its prevailing nesting habitat is that of the regions north of Eurasia, where there are streams and marshy environments such as reeds, willows and poplar groves. In Italy there are stationary specimens, and others that come to winter. 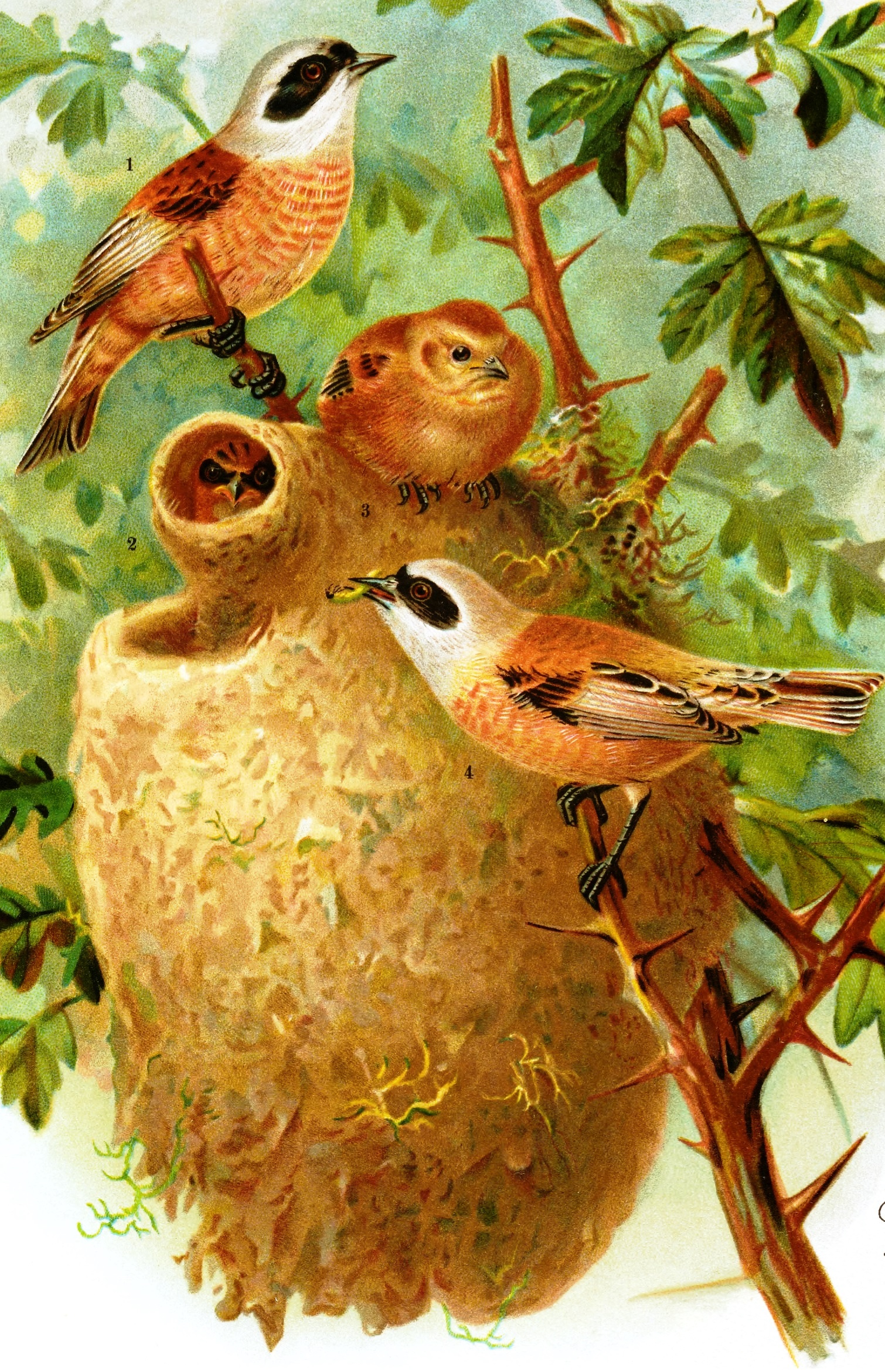 Description –
Remiz pendulinus is a small bird, with a length of 11-12 cm, a weight of about 10 grams and a wingspan of 16-18 cm. It has a slight sexual dimorphism.
The adult male has a tawny reddish back and the other upper parts are brown and black.
The garment is light gray with an evident black mask that surrounds the eyes and comes thin on the forehead. The undersides are a faded fawn-off-white color and the chest has tawny speckles and the throat is off-white. The beak is gray and the legs are black.
Adult females are similar to males, but lack the tawny speckles on the chest and the gray of the head is slightly darker.
The young resemble the females in part, however, having a blackish beak and a completely brown head, without any black mask.
Wings and tail are brown and black.

Biology –
Remiz pendulinus owes its nomenclature to the characteristic construction of the nest.
The male finds the ideal nest place where he attracts the female.
It is a suspended nest, made up of vegetable and animal fibers intertwined with filaments of grass, the fuzz of willow and poplar seeds, sheep’s wool and filaments of reeds.
The nest has a size of 18/20 cm in height and 13/14 cm in width. The walls are 3 cm thick and the nest weighs in total between 75 and 110 grams.
The nest is usually placed on the vertical branches of willow, poplar, alder and birch, or hung on twigs or in reeds in a humid environment, usually on the banks of rivers or brackish waters, wooded banks near swamps.
The nest is made by the male and finished by the female in a period of less than 18 days. The construction begins with the intertwining of long filaments which determines the formation of a ring of 23 cm in diameter, a fundamental armor for the construction of the walls. Once the base has been built, the shape of the nest is refined, more and more resembling a pear. Raising the front wall, he finishes the work by reducing the tubular entrance which, protruding outwards, has dimensions of cm. 4 x 6. The female ends up with a lot of fluff.
Furthermore, the nest has two entrances: one is fake but large and clearly visible, to deceive predators. The real one, which leads into the hatching chamber, is instead tight and well hidden by an effective closure, sealed by means of sticky cobwebs.
The construction of the nest has some small differences also in function of the subspecies. For example, the subspecies that inhabits Lake Neusield in Austria, on the border with Hungary, builds a nest which, instead of being hung, is anchored horizontally between the reeds.
The spawning period is between late April and early July.
The eggs are laid daily. The brood contains 6 to 8 white eggs measuring 16.2mm × 10.7mm and weighing 0.95g.
Incubation begins after the last egg has been laid and lasts for 14 days. The eggs are incubated by the male or more usually by the female, but not both.
The young are cared for by the male or female, but rarely by both parents.
The nestlings are fed with larval insects and spiders and fly off around 22 days of age. Parents will sometimes attempt to raise a second litter, but this rarely succeeds.

Ecological Role –
The Eurasian penduline tit is a bird that usually feeds on insects and spiders but also on seeds such as those of the willow (Salix). It generally looks for food in trees, but also feeds on reeds where it gets insects from the stem and seed head. Use one foot to grab onto the cane and the other to pull the seed clumps out of the head.
From the point of view of its status, Remiz pendulinus is a fairly widespread species and increasing in some areas while decreasing in others. in the latter, the main threats are not entirely clear; the maintenance of the reclamation canals where the species willingly nests can contribute in part, however this does not seem to be the main cause of the marked decline in the population of some areas, as in Italy.
At present, however, it is not considered to meet the IUCN Red List threshold criterion of a population decline of more than 30% in ten years or three generations, and is rated as Least Concern.