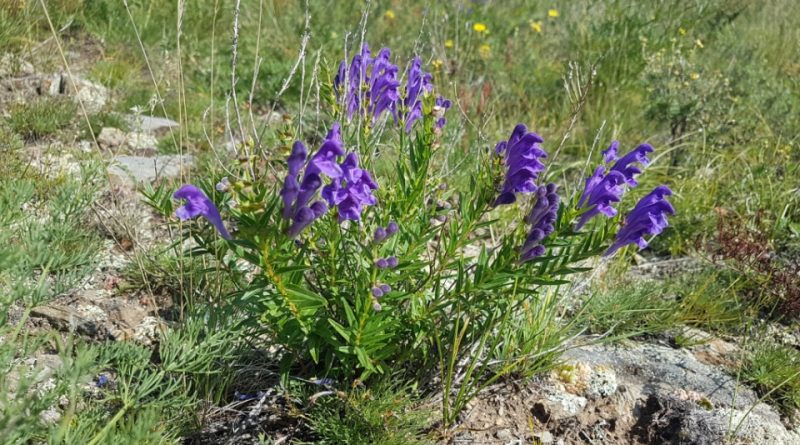 Etymology –
The term Scutellaria comes from scutellus (diminutive of scutus scudo): in reference to the small transverse scale that characterizes the calyx of the flowers in this genus.
The specific epithet baicalensis refers to the region of Lake Baikal, in Siberia.

Geographic Distribution and Habitat –
Scutellaria baicalensis is a plant native to a region that includes China, Korea, Mongolia and Russia, the Russian Far East and Siberia.
However, this plant is present in northern Europe and North America.
Its habitat is that of sandy and rocky areas near the sea shore or on sunny and grassy slopes and uncultivated land from 100 – 2,000 meters above sea level. 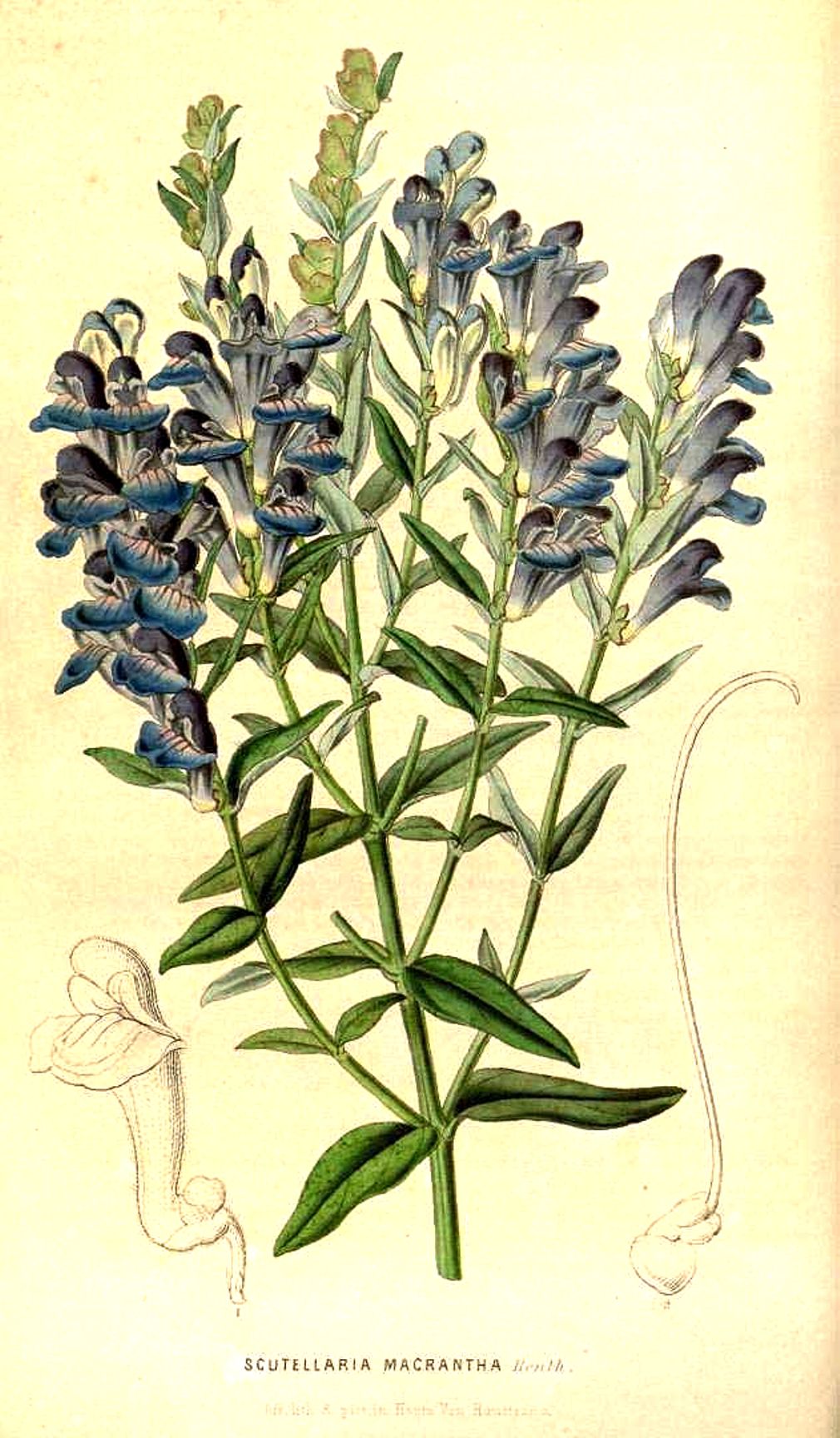 Description –
Scutellaria baicalensis is a perennial herbaceous species that grows to a height of about 0.3 m and with a diameter of about 0.3 m in width.
The leaves are opposite, with an evident central rib, lanceolate, present along the entire stem of the plant and which then turn upwards in the terminal part.
The flowers are helmet-shaped, large, hairy, tubular, bluish-purple in color.
The antesis is in the period of August and the seeds ripen in September. The species is hermaphroditic (has both male and female organs) and is pollinated by insects.
The fruit is a schizocarp.

Cultivation –
Scutellaria baicalensis is a plant that grows well in a sunny position in any ordinary garden soil that does not dry out during the growing season. It prefers light, well-drained soil that is exposed to the sun or in partial shade. This species requires strong drainage and, once established, is drought tolerant. Plants are at least hardy down to -15 ° C. It is also grown as a very ornamental plant.
Propagation can occur by seed; the seeds can be sown at any time, but it is best to sow in winter or early spring to benefit from a cold spell in wet compost to break their dormancy. It is recommended to cover the seeds very thinly with sand or fine grit to about the depth of the seed size. If the seeds do not sprout within 6-12 weeks, the moist seed tray can be cold treated in the refrigerator for about four weeks. It may take several months for them to appear, so please never throw the pot or tray away.
Another method of propagation is by division in the spring period, just before the start of the vegetative restart.
Larger divisions can be planted directly in their permanent locations.

Customs and Traditions –
Scutellaria baicalensis is one of the 50 basic herbs used in traditional Chinese medicine, where it has the name huángqín (Chinese: 黄 芩). As traditional Chinese medicine, huang qin usually refers to the dried root of S. baicalensis Georgi, S. viscidula Bge., S. amoena C.H. Wright and S. ikoninkovii Ju.
This plant is mainly used in the treatment of “hot and humid” conditions such as dysentery and diarrhea. It has been used medicinally for over 2,000 years and recent research has found that the roots contain flavonoids which greatly improve liver function and also have anti-inflammatory and anti-allergenic effects. The root is anodyne, antibacterial, anti-cholesterol, antipyretic, antispasmodic, astringent, cholagogue, diuretic, expectorant, febrifuge, hemostatic, laxative, nervine, slightly sedative, stomachic and tonic (for tuberculosis).
It is said to calm the fetus in pregnant women. The root is used internally in the treatment of enteritis, dysentery, diarrhea, jaundice, chronic hepatitis, urinary tract infections, hypertension, threat of miscarriage, epistaxis, and pulmonary or intestinal bleeding. It is one of the ingredients of the Chinese drug “Three Yellow Herbs Injection”.
The semen is used to cleanse the bowels of blood and pus and also for the treatment of prostate cancer.
The main chemical compounds that have been isolated from the root are: baicalein, baicalin, wogonin, norwogonin, oroxylin A and β-sitosterol.

Preparation Method –
Of the Scutellaria baicalensis both the root and the leaves and seeds are used.
The root is harvested in the fall or spring from 3 – 4 year old plants and dried for later use.