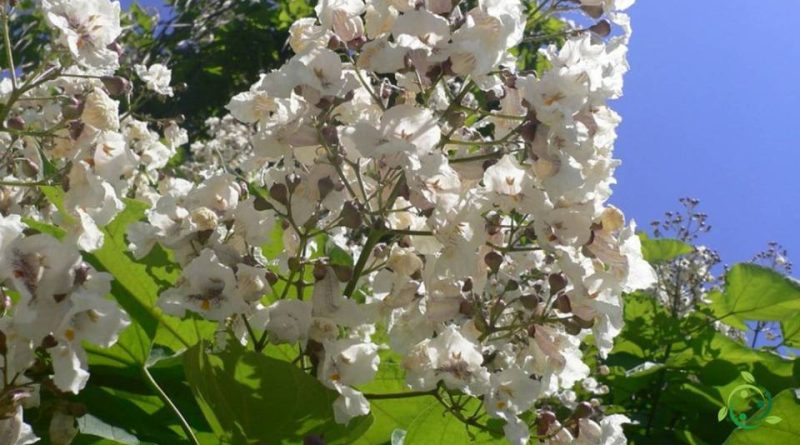 Reproduction of the Southern Catalpa

The Southern Catalpa (Catalpa bignoniodies Walter) is a plant native to North America that has also been introduced in other areas of the world such as in Europe.

Suitable breeding habitat –
Catalpa bignoniodies is a plant native to the central-southern and eastern United States and present in Florida, Alabama, Missouri and Louisiana.
Its natural habitat is that of broad-leaved woods in warm-temperate climate zones in rich and humid soils along the banks of streams and rivers.

Propagation –
Catalpa bignoniodies is a widely cultivated plant as an ornamental tree. Its flowers are the most conspicuous of all trees native to North America.
For cultivation it prefers moist soil and full sun. It is also a fairly resistant tree to fungal diseases and is attacked by few phytophagous insects.
Plants can be propagated starting from seeds that germinate at the beginning of the first season but it also multiplies easily by cuttings.
Sowing can also be done outdoors but to make an ornamental plant it is recommended to sow in a seedbed in an unheated environment as soon as the seed is ripe. it is advisable to stratify the seeds stored for 3 weeks at 1 ° C and sow in spring.
When the young plants are manageable they should be placed in single pots where they will be grown, possibly in an unheated greenhouse, at least for their first winter. The transplant must then be carried out in the open field in late spring or early summer, after the last foreseen frosts.
For the cuttings it is advisable to make cuts of about 10 cm and rooted in the greenhouse. The cuttings should be prepared between late spring and early summer before the leaves are fully developed.
You can also prepare cuttings obtained from roots in the winter period.

Ecology –
Catalpa bignoniodies is a tree native to the central southern area of ​​the United States of America which, despite its southern origins, is able to grow almost anywhere in the United States and southern Canada where it has become widely naturalized outside the United States. its narrow native range.
Europeans first observed the tree growing in the fields of the Cherokee Native American tribes. However, it can also thrive in the north, and consequently its original distribution is somewhat doubtful.
The plant was introduced in Europe in the first half of the eighteenth century for ornamental purposes where it can also be found spontaneously and in some cases it has escaped cultivation.
In addition to ornamental purposes, its wood can be used, which is fragile and hard, but does not rot easily; it is used for fence posts and railway sleepers.