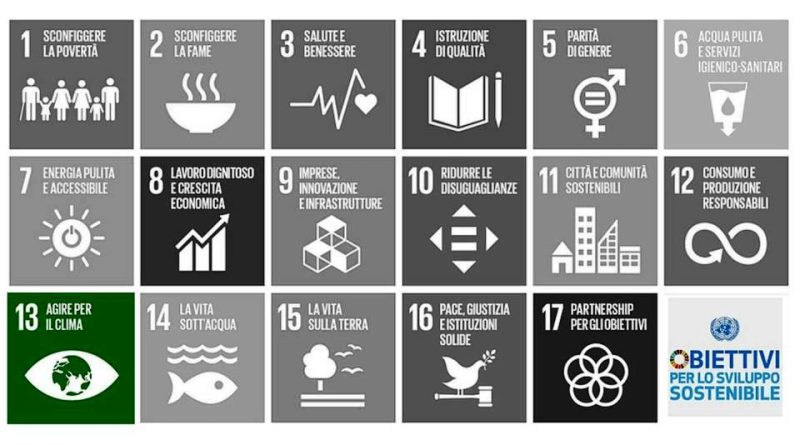 Take urgent measures to combat climate change and its consequences

Goal 13 of the 2030 Agenda program invites states to integrate environmental protection measures into their national policies and to support each other in the face of challenges.
This objective recognizes the United Nations Framework Convention on Climate Change as the main intergovernmental forum for negotiations aimed at identifying a global response to climate change. Complementing these negotiations, the goal includes strengthening resilience to natural disasters caused by climate change and reaffirms the promise of the most developed countries to jointly raise, by 2020, 100 billion dollars a year from various sources to help developing countries to adapt to climate change.
It is well known that climate change represents a central challenge for sustainable development. The changes in the global climate system due to the warming of the earth’s atmosphere compromise the existential basis of large parts of the population in less developed regions, while in developed areas it is mainly the infrastructure and individual branches of the economy that are exposed to these risks. Changes in precipitation cycles and temperatures also affect ecosystems, such as forests, farmland, mountain regions and oceans, as well as the plants, animals and people who live there. Globally, carbon dioxide (CO2) emissions increased by more than 50 percent between 1990 and 2012.
13.1: Strengthen resilience and adaptive capacity to climate-related risks and natural disasters in all countries.

13.2: Integrate climate change measures into national policies, strategies and planning.
13.3: Improving education, awareness and human and institutional capacity for climate change mitigation, adaptation, impact reduction and early warning.
13.a: Implement the commitment undertaken by the parties of developed countries towards the United Nations Framework Convention on Climate Change, which provides for the mobilization – by 2020 – of 100 billion dollars a year, from all adhering countries the commitment made, to address the needs of developing countries, in a context of significant mitigation actions and transparency in implementation, and make the Green Climate Fund fully operational as soon as possible through its capitalization.
13.b: Promote mechanisms to increase the effective capacity for planning and managing interventions related to climate change in least developed countries, in small island developing states, with particular attention to women and young people and to local and marginal communities.
The sense of this goal is to generate a civilization with a lower level of entropy produced.