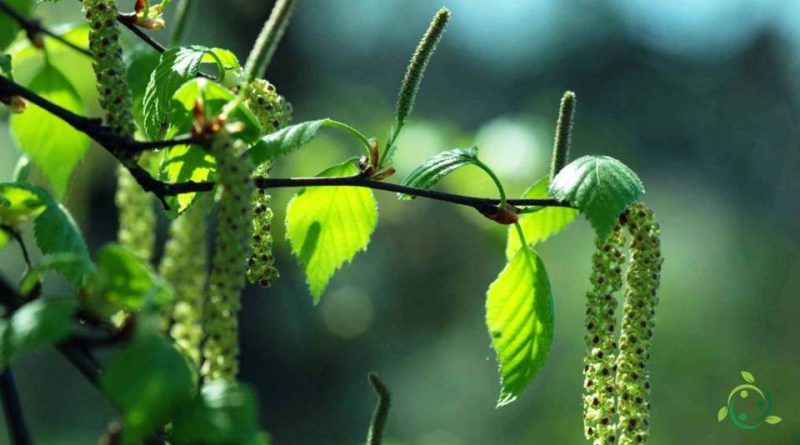 Reproduction of the Silver birch

The Silver birch (Betula pendula Roth, 1788) is a plant of the Betulaceae family native to Europe and northern Asia.

Suitable breeding habitat –
Betula pendula is a plant native to an area ranging from the Balkans to the Alps and throughout Atlantic Europe and Asia.
In particular, it is present from Norway to Spain, from the East to the Russian Far East, Japan, Korea, Iran and Iraq. It is also present in North America, from Alaska to British Columbia, east to Ontario.
Its natural habitat is that of open woods and heaths at altitudes between 700 and 4,200 meters.
In Italy it is particularly present in Piedmont (where today more than 20,000 trees of this species are estimated) and in Lombardy; it is found in the northern Apennines, in some isolated stations in Abruzzo, in the Campania Apennines and on Etna.

Propagation –
Silver birch is a plant that grows on shady south-facing slopes, ridges, dry and sunny slopes, swamps, which often form vast pure stands.
It is a very easy tree to grow that tolerates most of even poor soils, sandy and clayey soils, however it prefers a well-drained clayey soil in a sunny position.
It also occasionally grows on calcareous soils but generally prefers a pH below 6.5, growing well on acid soils.
It is a fairly wind tolerant plant.
It is a fast-growing tree, which grows up to 1 meter per year in height, although it does not have a very long life.
It is often one of the first trees to colonize open land and creates a suitable environment for the inclusion of other woodland species.
Trees take about 15 years from seed to produce their own seed.
Propagation occurs by seed; sowing should be done as soon as the seed ripens. Just cover the seed and place the pot in a sunny location.
If germination is poor, it may be useful to raise the temperature by covering the seed with glass.
The young seedlings are then placed in individual pots and grown in a protected environment for the first winter.
The definitive transplant must be carried out in late spring or early summer, after the last foreseen frosts.
If you have sufficient seeds, you can sow directly in the open field in early spring.

Ecology –
The Silver birch demonstrates a great thermal amplitude and can vegetate up to about 2000 m of altitude in the subalpine plain (in the alder groves, in the larch groves and at the edge of the spruce woods), in the mountain plain (in the Scots pine pine forests and in the beech coppices on the soils more acidic) and in the basal plane (in oak forests on acid soils, in chestnut woods, in the Apennines also in coppices of Turkey oak). It bears soil pH values ​​up to 3.3; it adapts to both humus-poor soils and soils with a deep layer of organic material. It adapts both to soils rich in water (it is able to transport oxygen from the top to the roots), and to very drained soils (it has deep roots, able to absorb water from the deeper layers of the soil). It is a distinctly heliophilous species and the seed, of small size, germinates well on the mineral soil. It has a good sucking capacity and is capable of producing root suckers as well. The birch has a high colonizing capacity, especially in acidic or acidified soils (abandoned, burnt or otherwise disturbed soils), it is also favored by the abundant production of seeds and by the pollonifera faculty.
In relation to its ecological peculiarities, the pendulous birch has marked pioneering characteristics and its diffusion has been favored by the abandonment of agricultural and pasture areas and by fires. In Piedmont these phenomena have sometimes allowed the establishment of pure or highly prevalent birch newly formed forests and currently in a more or less natural phase of evolution, but for which the problem of silvicultural management may arise. In various countries such as Sweden, Finland, Scotland or Russia, birch wood is widely used for various uses, especially for paper pulp, but also for veneer and plywood. Therefore in these areas the birch is of considerable interest from the silvicultural point of view, while in Italy there are still few experiences in this sense.