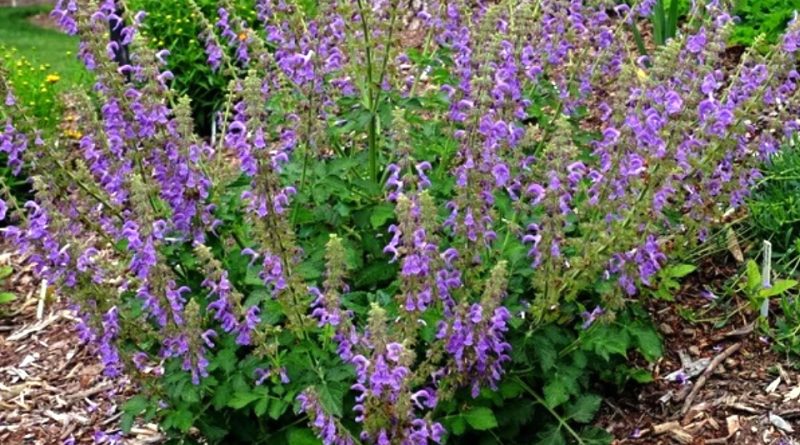 Etymology –
The term Salvia is the name already used by Pliny for Salvia officinalis, from sálvo to save, to heal (connected with the Sanskrit sárvas intgro): for its officinal properties.
The specific epithet miltiorrhiza comes from the red ocher color and from the term riża, coming from the Gr. ῥίζα “root”, in turn from the Latin rhiza.

Geographic Distribution and Habitat –
Salvia miltiorrhiza is a plant native to an area ranging from China to Japan.
Its natural habitat is that of the grassy places in the forests, on the slopes of the hills and along the banks of the streams where it grows at an altitude between 90 and 1,200 m. 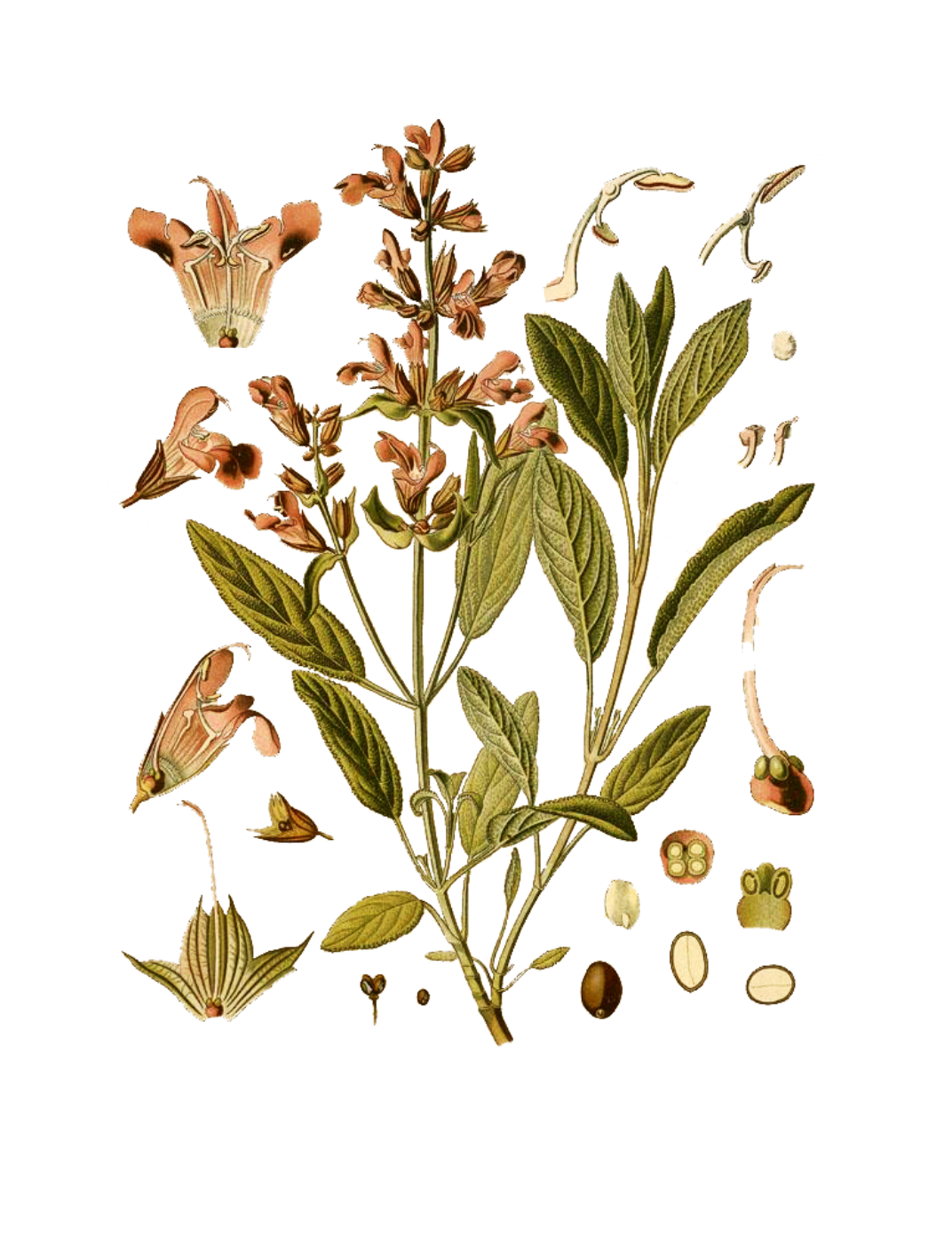 Description –
Salvia miltiorrhiza is a deciduous perennial herbaceous plant with branched stems from 30 to 60 cm tall.
The leaves are widely spaced and are both simple and divided.
The 30 cm inflorescences are covered with hair and sticky glands. The flowers grow in a spiral, with corollas ranging in color from light purple to lavender blue and about 2.5 cm long and with a dark purple calyx.
The fruit is a tetrachenium (composed of four nucules). The shape is more or less ovoid (or more or less trine). The seeds, dark brown in color, have no endosperm and are very small (there are over 200 in a gram).

Cultivation –
Salvia miltiorrhiza is a plant that grows in its natural state especially on well-drained soils, with about half a day of sunshine. It is resistant down to temperatures as low as around -10 ° C.
The plant can be easily grown in climates with not too cold temperatures and reproduces by seed or by cutting.
Most Salvia seeds have a higher germination rate when exposed to light.

Customs and Traditions –
Red sage (Chinese: 丹參; pinyin: dānshēn) also known as Chinese sage, tan shen or danshen, is a perennial plant highly prized for its roots in traditional Chinese medicine.
Salvia miltiorrhiza, alone or in combination with other Chinese herbal medicines, has been used in China and to a lesser extent in other countries as a treatment for various cardiovascular and cerebrovascular diseases.
A 2007 Cochrane review of the use of this plant for acute ischemic stroke found that the quality of evidence was poor and there was no evidence of benefit.
Similarly, a 2008 Cochrane meta-analysis found that clinical trials of this plant were of low quality and insufficient to make a judgment on its effectiveness for people with heart attacks. Meta-analyzes of oral and injectable forms of Salvia miltiorrhiza in people with angina concluded that treatment effects were inconclusive because the studies were of low quality and the conclusions were not based on strong evidence.
Furthermore, the beneficial properties for health would be different and all deriving from the use of its roots, containing ketones and alcohols, called tanshioni and tashinoli.
Furthermore, Salvia miltiorrhiza can potentiate the effects of the anticoagulant drug warfarin, causing possible bleeding complications. Other adverse effects may include allergic reactions, dizziness, headache or gastrointestinal upset.
According to oriental medicine, it appears to have positive effects on some pathologies.
The most common area in which Salvia miltiorrhiza is involved is that of heart problems.
At present, human studies are still minimal and it is not possible to say for sure whether this herb really helps protect and improve heart health. However, various animal tests and cell models suggest good prospects.
According to many of them, in fact, the use of Salvia miltiorrhiza, alone or combined with other herbs, would help patients in the treatment of cardiovascular diseases.
Studies suggest it is primarily capable of improving coronary blood flow, reducing the risk of heart attack and counteracting angina.
Furthermore, it appears to also stimulate better blood circulation.
Still in the field of cardiology, red sage seems to be successful also for the treatment of coronary diseases.
Several studies also suggest that Salvia miltiorrhiza may help protect against certain problems associated with diabetes, such as diabetic retinopathy, an eye disease that occurs when high blood sugar begins to damage blood vessels in the retina.
Additionally, this herb would delay vision loss.
An international study performed only on mice so far seems to show that, especially if taken in pill form, red sage would be effective in liver regeneration.
In general, the traditional use of this plant, albeit in many cases to be confirmed with merit studies, concern:
– reduction of inflammation;
– improved digestion;
– reduction of cholesterol;
– improvement in the level of concentration and function of the brain;
– relieving hot flashes;
– improvement of asthma and bronchitis symptoms.
Chemical compounds isolated from Salvia miltiorrhiza include salvianolic acid (or salvianolic acid B), dihydrotanshinone, miltirone, tanshinone I, and tanshinone IIA. Tanshinone IIA is one of the most abundant constituents of Salvia miltiorrhiza root.

Preparation Method –
The properties of Salvia miltiorrhiza are mainly contained in its roots.
The roots can be consumed in different forms. The most common are extracts, capsules, tablets. Perfect even after being dried. In this latest version they are excellent as a base for tea or herbal teas. Just add a tablespoon of it to boiling water and leave the mixture to infuse for 10 minutes.
But be careful because their taste is a little bitter and for some it may be too intense. To mitigate it, it is possible to add a little sugar or honey to the mixture, without affecting its beneficial action.
As for the recommended doses and contraindications, there is still no standard recommended dose for the consumption of this plant nor do there seem to be any particular contraindications.