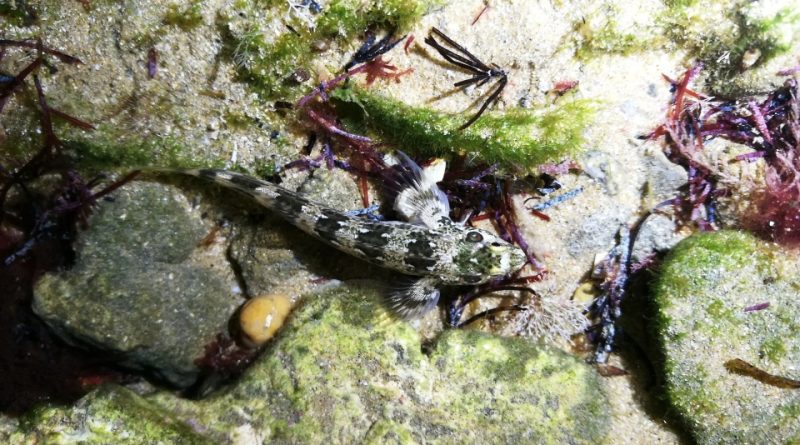 The shanny (Lipophrys pholis Linnaeus, 1758) is a marine bony fish belonging to the Blenniidae family.

Geographic Distribution and Habitat –
Lipophrys pholis is a species with limited distribution in the north-eastern Atlantic Ocean between southern Norway and the Strait of Gibraltar as well as on the coasts of the island of Madeira. It is very common along the European Atlantic coasts between Great Britain and Ireland. In the Mediterranean Sea it occurs more rarely and only in southern Spain, from the Balearic Islands to Torremolinos; other reports for this sea are due to other species of Blenniidae.
Its marine habitat is that of the intertidal zone, or the tidal zone. It mainly frequents rocky bottoms, it is found on soft bottoms only if covered by dense aquatic vegetation. At low tide it is found in tide pools or wet algae. 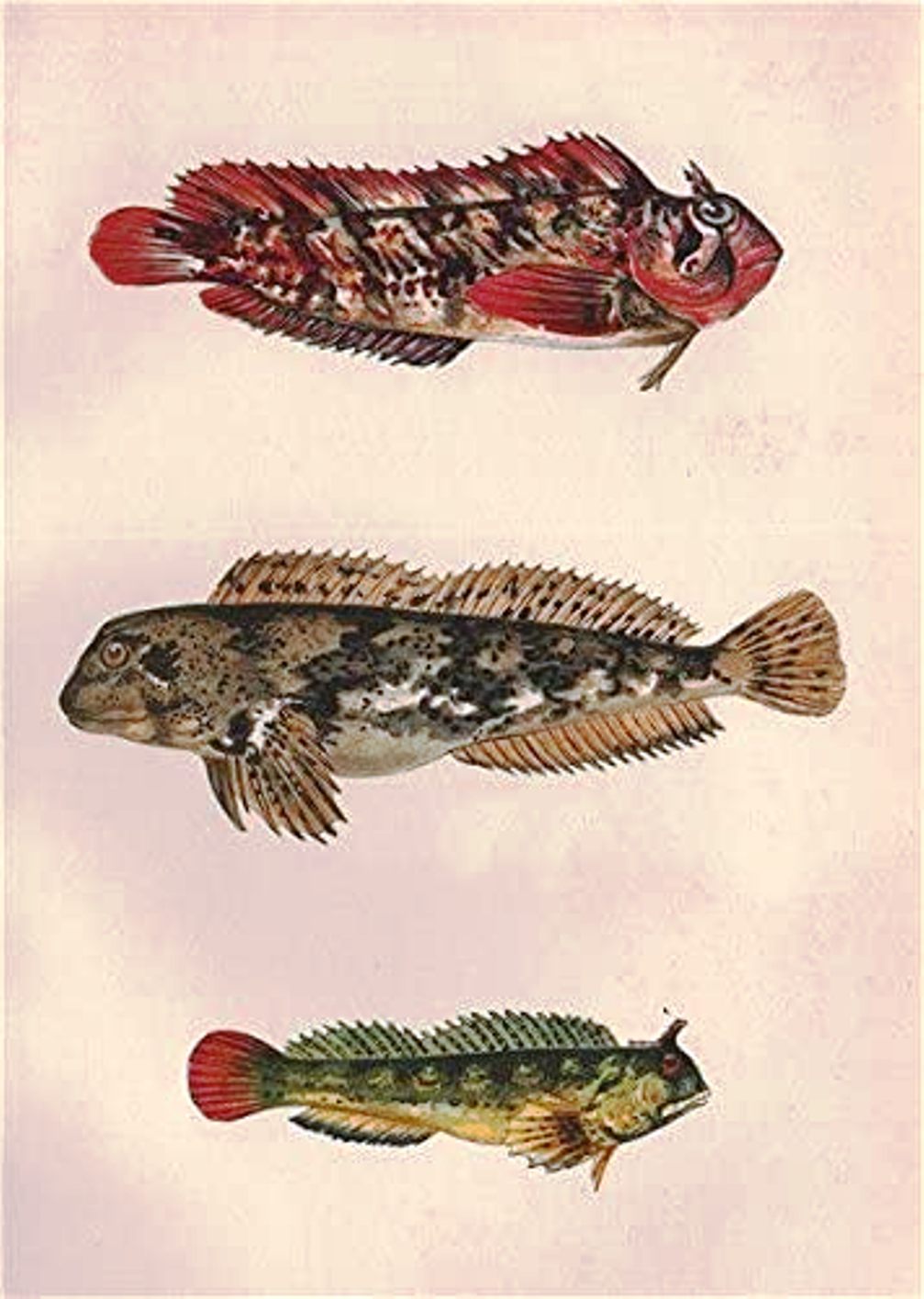 Description –
The shanny is a fish that is recognized for having a cylindrical body, elongated, slimy and without scales; lateral line evident and which can exceptionally reach up to 16 – 18 cm.
It has a background color that can vary from beige, gray-brown or greenish, often depending on the substrate. Generally spotted with dark vertical bands, more or less visible. Sometimes there is a dark spot, similar to an ocello, behind the eye. The males during the reproductive period are very dark. The jaw is always clear. A dark red – black point is located between the first and second spiny rays of the dorsal. Light and dark spots and spots are arranged on the body, fins and head.
The head is massive, with a rounded profile and forward sloping muzzle. The eyes are large and protrude from the profile of the head.
This fish does not have superciliary tentacles, but has dermal appendages on the anterior nostrils with at least nine branches. Some older adults develop a fleshy crest on their forehead.
The mouth, in the lower position, is relatively wide and is equipped with full lips. There are small and cylindrical-conical teeth, followed by 2 evident canines for each jaw.
The only dorsal fin is high and regular, except for a modest hollow which allows a distinction in two parts; the first part has 12 spiny rays and the second 18 (19) soft rays. The pectoral fins have 13 rays, are broad, pointed and extend almost to the anus. The pelvic fins, positioned under the throat, are formed by two long and robust rays. The anal is long when the second part of the dorsal begins with two very small tuberculate spines and continues with 19 soft rays. The caudal has a rounded posterior margin.

Biology –
The Lipophrys pholis is an oviparous species: the female lays eggs which have a diameter of 1.5 mm. The eggs are demersal and adhere to the substrate. Egg laying takes place in the hottest months from April to August. The male mates with several females and guards all of their eggs.
Each female lays eggs three times in one season.
The eggs are laid under the rocks in the intertidal zone and the young larvae can be common, in the autumn period, along the coasts.
This species can live up to 10 years.

Ecological Role –
The Lipophrys pholis is an intertidal fish found along rocky coasts in shallow waters but which can be encountered in breakwaters and wrecks up to 30 m deep. This species can stay out of the water by sheltering under rocks or algae. It is largely diurnal at high tide and can breathe air when exposed to the ebbing tide. In these situations it is able to “swallow air” and transfer it to the body through a vascularized esophagus used as a secondary respiratory organ. The mucus covering his skin also helps him in this situation. Withstands a very long time (even 10 hours) out of the water.
It prefers to stay in puddles that are created at low tide and only take shelter in crevices or under boulders if they cannot return to a favorite puddle.
Its food consists of small benthic invertebrates, in particular snails, barnacles and amphipods, as well as some algae. Less important in its diet are crabs, polychaetes, isopods, copepods, limpets, mussels and other small molluscs.
Like the generality of Blenniidae, it has no food or commercial importance but is sometimes a guest of public aquariums.