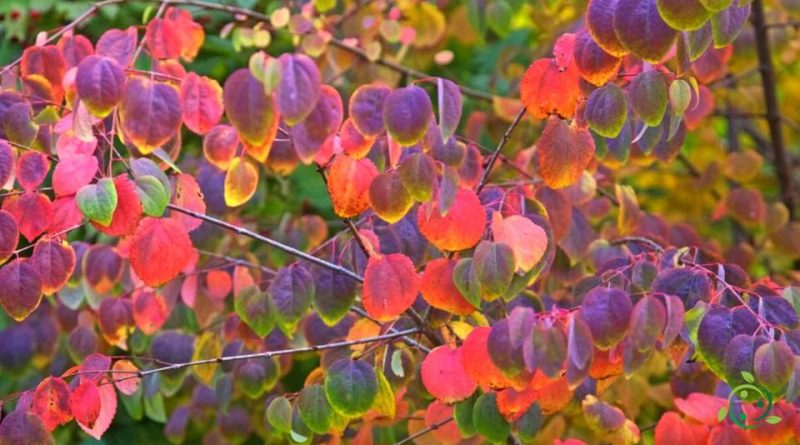 Reproduction of the Katsura Tree

The Katsura Tree (Cercidiphyllum japonicum Siebold & Zucc.) Is a tree of the Cercidiphyllaceae family native to China and Japan and introduced in Europe in the second half of the nineteenth century as an ornamental species.

Suitable breeding habitat –
Cercidiphyllum japonicum is a plant native to East Asia, between China and Japan, where it grows in the woods and is found mainly in open environments in rich and humid soils between 1600 and 2800 meters.
It grows in the forests of Japan, Korea and China.
In Japan, deciduous forests are particularly rich, possibly due to the humid maritime climate and the total lack of water stress during the growing season. Broad-leaved forests cover most of northern Honshu, dominated mainly by Fagus crenata, Fraxinus lanuginosa, Tilia japonica, Magnolia obovata and other mesic background elements such as Sorbo alnifolia, Hamamelis obtusata, Viburnum Euonymus and Abies, which form dense undergrowth.
The deciduous forests of Korea are found in a decidedly more continental climate, in which oaks (eg Quercus mongolica Carpinus) become more important.
Much of the Korean landscape is still recovering from the Korean War.

Propagation –
The Katsura Tree is a low maintenance plant and grows best from sunny to partial shade locations. It prefers moist and well-drained soils. This tree requires a good amount of moisture in the first few years of settlement. It is not very drought tolerant, especially when young.
It is also a fast growing tree that tends to grow with a certain number of stems.
Propagation occurs by seed. Sowing should be done as soon as the seed ripens.
It is also advisable to sow the seed stored in a greenhouse at the end of winter.
Once the young seedlings have sprouted, it is advisable to place them in single pots to make them grow for the first winter.
The transplant in the open field must be done in spring after there is no longer the risk of the return of frosts.
It can also be propagated by agamic way, through basal cuttings, 15 cm long, taken from May to July.

Ecology –
Cercidiphyllum japonicum is a plant listed as endangered in China, but overall, when Japanese populations are included, C. japonicum is classified as lower risk. Chinese populations have sometimes been distinguished in the past as Cercidiphyllum japonicum var. sinense Rehder & E.H.Wilson, but this discrimination is not certain.
Cercidiphyllum japonicum is a relict plant from the Tertiary period that grows in riparian forests in Japan, despite being typically found at low densities. Seedlings tend to sprout on steep slopes with exposed soil, but not in thick bedding or gravel substrates. Annual seedling mortality is high at germination sites exposed to heavy rain and flooding. In contrast, C. japonicum has very successful vegetative reproduction through basal budding leading to a multi-stemmed growth form. Germination allows C. japonicum to dominate populations over time, since it is longer-lived than other coexisting species; this favors the maintenance of its populations.