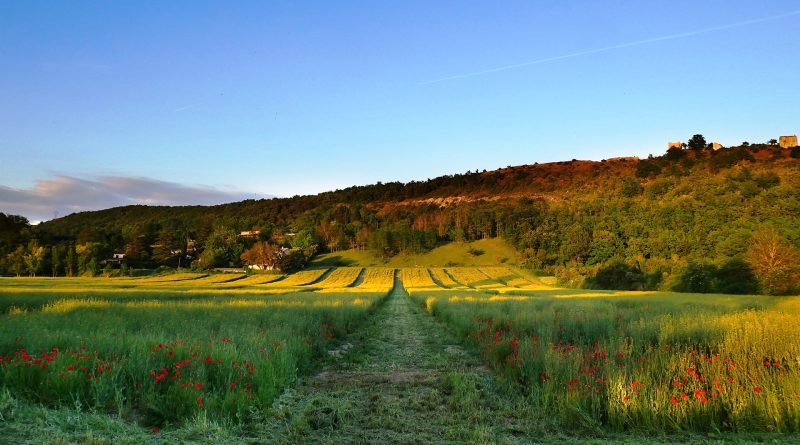 The agri-food sector is interested in a profound reflection; reflection linked to the consequences of the so-called Green Revolution, born above all after the Treaty of Rome and the liberal models of the economy.
In the second half of the twentieth century, on a global scale, agriculture has had an extraordinary increase in productivity. This increase is mainly attributable to corporate restructuring and concentration policies, a vigorous mechanization process, the introduction of synthetic fertilizers, pesticides and technologies for animal breeding.
However, these transformations have created a great impact on the environmental, social and economic sustainability of the world’s food systems.
The increase in production was seen as the success of these policies which, on the other hand, did not analyze the impacts on the ecological system and, above all, if it were a real increase in system yield or, more simply, an increase in yield. , of a single factor (monoculture), to the detriment of a decrease and capacity of other factors: fertility, biodiversity, water availability, desertification processes, etc.
The most significant environmental impacts of the agricultural sector are manifested on the integrity and biological diversity (biodiversity), for the loss of genes, species, habitats, ecosystems and the simplification of the landscape. Agricultural determinants account for 70% of the contributions of production sectors to the loss of global terrestrial biodiversity, according to the latest edition (2014) of the Global Biodiversity Outlook drawn up for the International Convention for Biological Diversity (CBD).
In fact, the agronomic sciences, for over half a century, have been disinterested in the energy balances (and therefore in the thermodynamic yields) of agricultural systems, placing unitary (crop) yield as the only parameter of their objectives.
Today it is a common belief, even among researchers and technicians (as well as among operators in the sector) that so-called “conventional” agriculture is the only one that can satisfy the nutritional needs of the world population.
Technically, as well as scientifically, it is one of the most glaring misinformation (as well as one of the paradoxes).
In Ecology, i.e. in natural production systems, it has been known for some time, especially from the discoveries of Ilya Prigogine (Moscow, 25 January 1917 – Brussels, 28 May 2003) on Dissipative Systems (which are precisely ecological systems) that Primary Productivity, that is, the ability to convert solar energy into biomass of a natural system (as is also the agricultural one) is a proportional state function. In a nutshell, as the biodiversity (ecological or agricultural) of the system increases, the conversion efficiency into biomass increases according to an already known function, even if only from a mathematical speculative point of view, even to Nicolas Léonard Sadi Carnot with his homonymous cycle solved by infinitesimal.
Leaving aside all the mathematical speculations of these models in this contribution, the final result is that if we implement a production model where we insert more species (in association and in rotation with each other) the final result will be a decrease in unit yields but an increase in the primary productivity of the whole system.
Ultimately, the part of the yield lost per single species is more than compensated for by the total increase (in biomass) of the entire association; all in accordance with the second principle of thermodynamics and with the resulting magnitude, that is: entropy.
This function is explained by the summation of the yields of the single production processes of the single species (in accordance with the aforementioned principles) and, in the end, a biodiverse production model, not only sees an increase in its total productions but triggers an energy process that goes under the name of “Thermodynamic system closure”.
In a nutshell, the Dissipative System tends to make the most of the flow of energy (solar and exchange between the individual species) and to decrease the very high mass transfers in conventional agricultural systems (use of external fertilizers, fuels, soil improvers, insecticides , herbicides, etc.).
Recall that in thermodynamics the mass transfer acts negatively on the system and this decrease follows an almost geometric function as the distance of the transferred masses increases.
Translated in simple terms it means that production models not only biodiverse but also with low mass transfer and with short radii of their transfers ensure greater energy efficiency.
It is precisely the transition from the open to the closed thermodynamic system that is the scientific foundation of agroecology which obviously requires a completely different production and connection model between the productions obtained and the consumers.

To all this we must also add some implications of a concrete nature on the Dissipative System taken in its entirety.
These include the decrease in feedback or retroaction, that is the ability of a system to self-regulate (negative feedback), taking into account the effects resulting from the modification of the characteristics of the system itself. Typical system feedback is the increase in the populations of some insects or parasites, the infestation of some species, the increase in some root exudates, etc.
Furthermore, the tendency of the Thermodynamic System to implement closed cycles ensures greater protection and safeguarding precisely on those factors that are at the heart of the issue of intensive agriculture: soil fertility, irrigation use, loss of biodiversity, etc.
Typical examples of agricultural models that exploit closed thermodynamic systems are Syntropic Agriculture, Permaculture, Synergistic Agriculture, and other techniques that ultimately apply the real principles that fall within the great theme of Agroecology.
Obviously, the transition from conventional agricultural models to agroecological ones must face two major issues:
• The first is linked to insufficient scientific research on the subject (which still pays for a systemic methodological gap) that can propose consolidated and reliable agroecological methods (not only productive but also distributive);
• The second is that the ecosystem is not a mechanical function but, like all complex systems, it cannot be changed immediately so the introduction of new production models (and their results) require medium-long times.
However, there is no other way to this question and even attempts (clumsy from a scientific point of view) to find solutions that do not respect the thermodynamic models of Dissipative Systems (which are, as mentioned, natural or agricultural ecological systems) do not represent any solution. practicable: physics (foundation of ecology), like mathematics, is not an opinion.
On the other hand, an analysis by ISPRA, among others, concludes the question with this passage: “It is therefore crucial to study in depth the good practices of ecological protection and enhancement of agrobiodiversity (for example as partly initiated in the context of of the National Rural Network), identifying existing or potential connections with short supply chains. Finally, it is important to fully systematically evaluate the sustainability of local, ecological, solidarity and small-scale food networks, to better develop each area, paying special attention to the spread of local agricultural varieties at risk of biological extinction “.