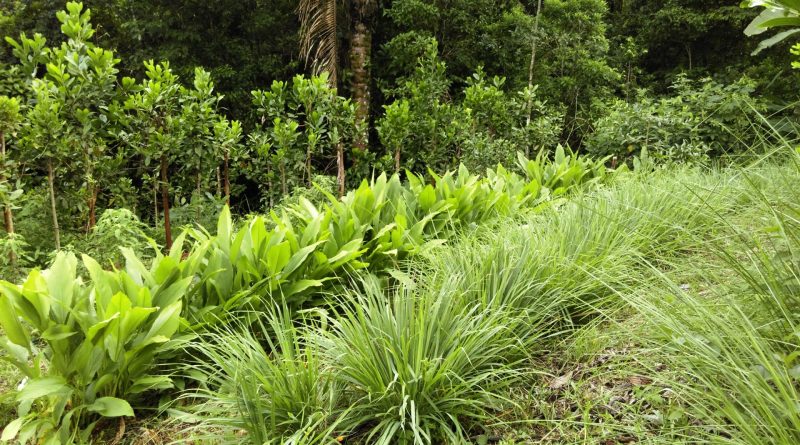 Syntropic Agriculture is a production model that changes the current agro-forestry-pastoral production systems by relating differently to the ecosystem in a form that still follows the inspiring principles of agroecology.
Today, in the world, syntropic agriculture consists of a theoretical and practical context in which natural processes, typical of the ecosystem, are translated into agricultural interventions in their form, function and dynamics.
Syntropic Agriculture is therefore a real regeneration of agricultural systems which results in the provision of ecosystem services, with particular attention to the protection and formation of the soil, to regulating the microclimate and to promoting water cycles. In this sense, agriculture is synchronized with the regeneration of ecosystems.
The creator of this form of agriculture, Ernst Götsch (born 1948) is a Swiss farmer and researcher who works mainly in Brazil and who has given birth to a system of sustainable agricultural techniques that respect the climate and biodiversity, known as syntropic agriculture or also dynamic agroforestry.
In this discipline the logic that guides his decision-making process follows a path that stems from Kant’s ethics and crosses physics, Greek philosophy and mathematics.
It has fundamentals, of course, in the fields of biology, chemistry, ecology and botany and incorporates the current technological scene, adapting techniques and tools from other areas. Ernst Götsch’s agriculture is based on a coherent and systematic chain of data, free from internal contradictions, which is not only supported by a logical narrative, but also includes practical and concrete expression.
The principles of syntropic agriculture, as in agroecology, start from the dynamic behavior of dissipative systems (typical of ecosystems) by simulating the processes and adapting them to agro-forestry-pastoral needs.
It can be said that in syntropic agriculture, holes become nests, seeds become genes, weeding becomes harvesting, competition gives way to cooperation and pests and diseases are seen as the “agents of the optimization department of life processes”. These and other terms do not arise by chance, but derive from a change in the way we see, interpret and relate to nature and of which the scientific progenitors are found in scientists who lived in the last century and who with their discoveries have profoundly changed our knowledge of the world.
Among these we mention Ilya Prigogine and among the sciences, obviously, quantum mechanics, which has implemented principles of interdependence of the single quantities of reality, with evident repercussions on the applicative aspects: not least the agricultural ones.
In syntropic agriculture, many of the sustainable agricultural practices are based on the logic of the substitution of inputs. Chemical substances are replaced with organic ones, plastics with biodegradable materials, pesticides with all types of preparations. However, the way of thinking is still very close to what they oppose. In common they fight the consequences of the lack of adequate conditions for healthy plant growth. Syntropic agriculture, on the other hand, helps the farmer to replicate and accelerate the natural processes of ecological succession and stratification, giving each plant the ideal conditions for its development, placing each in its own “right” position in space (layers) and in time (succession). It is process-based rather than input-based agriculture. In this way, the harvest is seen as a side effect of ecosystem regeneration, or vice versa.

The advantage of syntropic agriculture, in addition to producing a wide variety of food plants (which proceeds in the opposite direction in the intensive one), such as fruits, vegetables, tubers, cereals, medicinal plants, timber, etc., is that of the correct application of agroforestry systems that allow not only the preservation of natural resources, but also the recovery of degraded land, the progressive restoration of biodiversity and even the rebirth of water sources.
Syntropic agriculture has now been experimented in Brazil for more than 40 years but is now applied in various parts of the world such as northern Europe and other territories.
In this agroecological model, if implemented correctly, after 2 or 3 years from the planting of the agroforestry system, this does not require the application of external fertilizers and irrigation, therefore being a method that combines social, economic and ecological aspects.
We gradually move from open thermodynamic systems (typical of intensive agriculture) with low yield to closed, high yield ones. The flow of matter (input) decreases while the energy revenue improves and, with it, primary productivity.
In this ecological model, the methodology is based on replicating, adapting them to production needs, the functioning and development mechanisms of a forest, respecting the vegetative succession of the groups of plants (pioneer, secondary of short and long cycle and primary or perennial). It involves the application of different associations of traditional species (both agricultural and woody) – alongside other unconventional ones – and the intensive exploitation of up to five vertical productive layers, combining various species with different growth cycles that grow in the same space horizontal optimizing the capture of sunlight to the maximum.
The concrete applications and the results of the application of syntropic agriculture are revolutionizing, where applied, the paradigms of agriculture and sustainability since, unlike conventional technologies, it does not impoverish the soils but favors their restoration, reducing up to 75% of the soil. ‘use of water and land, since it does not subtract biomass from one area (impoverishing it) to recover the fertility of the soil of another land but is, in fact, able to regenerate “dead” soils, since the biomass is endogenously supplied by forest part of the system, after just 2 or 3 years.
FAO has also recently highlighted studies on the subject, celebrating their potential in terms of environmental sustainability, profitability and nutrition. Syntropic Agriculture is, in fact, an evolution of agroforestry and is also contemplated and recognized by the “Climate Smart Agriculture- CSA” approach (http://www.fao.org/climate-smart-agriculture/en/), as it promotes the resilience and adaptation of producers to the effects of climate change.
Ultimately, syntropic agriculture changes production paradigms but requires profound knowledge of the thermodynamics of complex systems, such as ecosystems, which are dissipative systems capable of optimizing the large planetary availability of solar energy in energies accumulated in correlated ecological series.
For this reason, in the next few years the preparatory studies of the Faculties of Agricultural Sciences and Forestry Sciences will have to undergo a notable evolution, implementing disciplines that will go alongside the agronomic, chemical, pedological notes, etc.
Syntropic agriculture, being a branch of Agroecological Sciences, therefore requires a profound revision and evolution not only of the basic disciplines but also a different correlation between them, shifting the agro-forestry point of view from the exclusive concern of the productive yields of the individual species or races to that of increasing primary productivity efficiencies.
We are facing a great transformative and evolutionary process which requires, however, even before a deepening of these disciplines, a holistic change of our point of view on the world and great humility in re-learning the secrets of Nature and in relating with it.