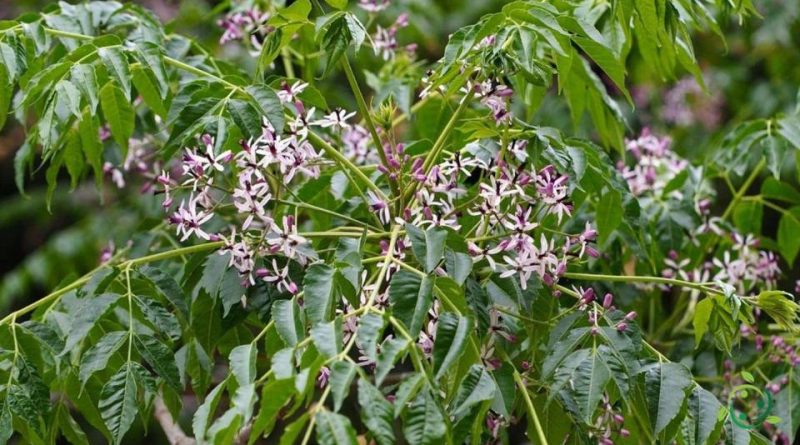 Reproduction of the Chinaberry tree

The Chinaberry tree (Melia azedarach L., 1753) is a deciduous tree of the Meliaceae family, native to India, southern China and Australia.
This plant has been introduced in many other countries, including Italy.

Suitable breeding habitat –
Melia azedarach is a tree native to the temperate regions of Asia, it is present in China, Japan, the Indian subcontinent, Insulindia, Australia and the Solomon Islands. Following its diffusion operated by man, it is now naturalized in southern Europe, Africa, the United States, including Hawaii, Mexico, the tropical region of South America and the Galapagos Islands. In tropical and subtropical regions where it has been introduced it is considered an invasive species.
The natural distribution of this plant is uncertain but it is thought to originate in Asia probably from Baluchistan, (Pakistan) and Kashmir (India and Pakistan) (Troup, 1921; National Academy of Sciences, 1983), but it has long been cultivated throughout the Middle East, the Indian subcontinent and China. Mabberley et al. (1995) reports the distribution of “wild trees” from India, Nepal, Sri Lanka and tropical China, south and east through Malaysia: Sumatra, Java, Philippines (Luzon, Negros, Mindanao), the Lesser Sunda Islands ( Flores, Timor, Wetar), Papua Barat and Papua New Guinea, Australia and the Solomon Islands. It is widespread in China, through Malaysia to the Solomon Islands and Australia (Ahmed and Idris, 1997). In Australia it extends from northern Queensland to southern New South Wales, usually within 100km of the coast (Doran and Turnbull, 1997), and is also found in the Kimberley region of northern Western Australia (Wheeler et al., 1992), northern areas of the Northern Territory and the Gulf of Carpentaria in northwestern Queensland. The latitudinal interval that covers both natural and naturalized populations is about 35 ° N-35 ° S indicating a purely tropical distribution.
It is present in southern Italy, in Sicily, Sardinia, Marche and Liguria.
Melia azedarach usually grows up to altitudes of up to 2,700 meters in the Himalayas. It prefers old abandoned fields, land close to the roadway and other disturbed areas. In Italy it is cultivated for ornamental purposes and, in general, it does not have a real tendency to spontaneity.

Propagation –
The Chinaberry tree is a plant that prefers the humid and sunny places of the subtropical climate zone, although it is a highly adaptable plant that can tolerate a wide range of conditions, from warm temperate with some frost to humid tropics.
It is grown at altitudes of up to 1,800 meters in the tropics and can tolerate an average maximum temperature in the hottest month of 39 ° C, with temperatures sometimes dropping below freezing for short periods in the cool season but withstands lows down to -5 ° C .
The optimal average rainfall ranges from just 600 mm up to 900 mm of rain per year and prefers well-drained (possibly sandy) soil in a sunny or semi-shady position.
It does not like very acidic soils and trees can start flowering only 5-6 years after sowing.
Propagation occurs by seed which has a short vitality so it is best to sow as soon as it is ripe.
Remember that the seed coat is hard and acts as a barrier to moisture absorption, therefore it is advisable to make a careful cut in this coating taking care not to damage the seed, it can speed up the germination process.
The seed usually germinates well, 85% germination can be expected in 2 months.
Once the seedlings have germinated, they must wait for their growth and, as soon as they are manageable, they must be planted in single pots and grown until they have reached the size for the definitive transplant.
As an alternative to propagation by seed, agamic propagation by root cuttings can be adopted.

Ecology –
Melia azedarach, in its natural habitat, is found in seasonal forests, including bamboo groves, Tamarindus and Eucalyptus woods (Ahmed and Idris, 1997). The distribution of M. azedarach in Thailand and Laos is associated with mixed deciduous forests. In Australia it is widely distributed as single trees and scattered in or on the edge of closed forests (rainforest) (Doran and Turnbull, 1997). In New South Wales it is found in riverine, dry and coastal rainforests (Floyd, 1979) and in northern Queensland in rainforest formations (Tracey, 1982).
It is a plant whose flowers do not attract bees and other pollinating insects. The plant contains, in fact, active principles with repellent action against insects with properties similar to those of azadirachtin, erroneously considered insecticides. The leaves can be used as an insect repellent to protect food or other materials. They must absolutely not be eaten, as they are highly poisonous.
All parts of the plant are poisonous to humans if ingested. The toxic principles are powerful neurotoxins: tetranortriterpene and saponin, present in higher concentrations in fruits. Some birds can eat the fruit without harm by spreading the seeds with their own droppings, but a dose of 0.66 g of fruit per kilogram can kill an adult mammal. The first symptoms of poisoning appear a few hours after ingestion and may include loss of appetite, vomiting, constipation or diarrhea, blood in the stool, stomach pains, pulmonary congestion, heart paralysis, stiffness, lack of motor coordination and in general weakness. Death can occur after about 24 hours.
Due to its toxicological properties, the diluted infusion of leaves and bark has been used in the past to induce relaxation of the uterus.