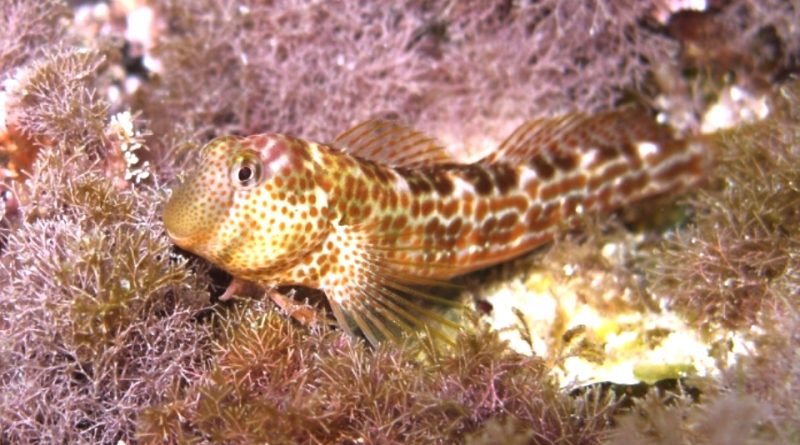 The yellow cheek blenny (Lipophrys canevae Vinciguerra, 1880) is a saltwater fish belonging to the Blenniidae family.

Geographic Distribution and Habitat –
The yellow cheek blenny is a fish endemic to the Mediterranean Sea where it is common mainly in the western basin and in the northeastern Atlantic Ocean near Portugal.
Its habitat is that of vertical rocky walls where there are holes for burrowing molluscs, below the tidal zone; it lives in a few centimeters of water and up to 3-4 meters. 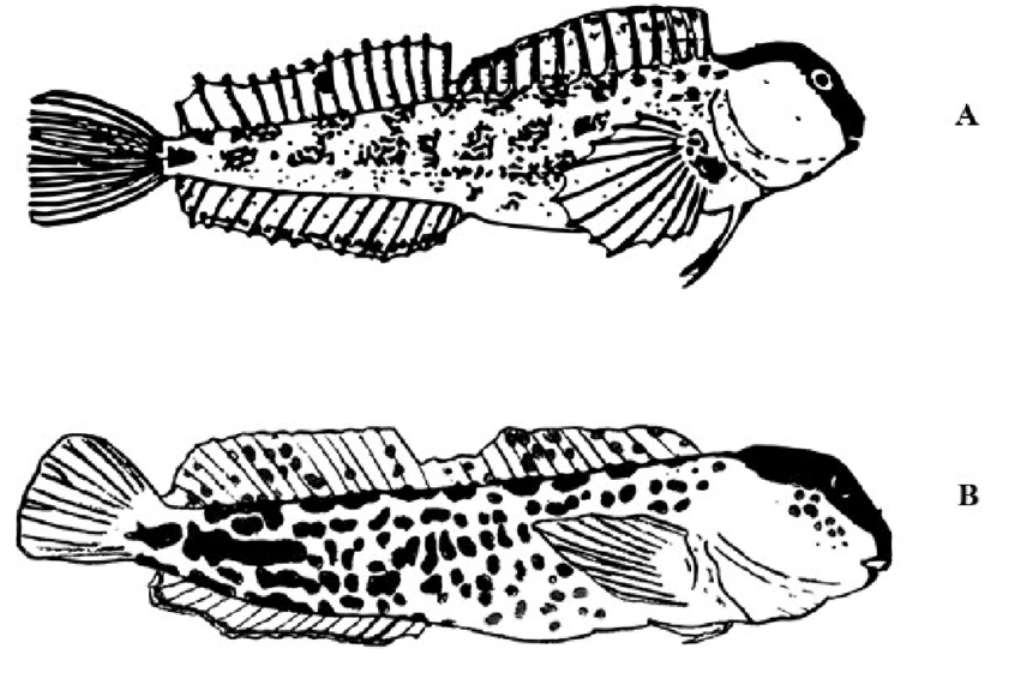 Description –
Lipophrys canevae is a Blenniidae devoid of supraorbital tentacles which reaches about 7.5 cm in total length.
It has a gray or beige livery with numerous dark spots (usually rusty-red) that converge in longitudinal stripes on the back of the body.
During the breeding season, the male has bright yellow cheeks on a midnight blue background, hence the name.

Biology –
The Lipophrys canevae lives in small cracks or holes of burrowing molluscs where it protrudes with the head, and calls with chromatic signals, the female, who enters to lay the eggs. At this time the male waits outside the den.
They are oviparous, with external fertilization. The eggs are supervised by the male or by both parents. The larvae are pelagic and are often found in coastal shallow waters.
Individuals of this species exhibit threatening attitudes with slow lateral swaying of the body arching, as in cats. In this case the head often takes on a different color, the cheeks are dark gray and the vertex is clear.

Ecological Role –
Lipophrys canevae is an omnivorous species which feeds on algae and invertebrates.
It is a shy species that easily burrows but leaves its head out.
It is a species that adapts well to life in the aquarium, much sought after by enthusiasts for its external appearance.