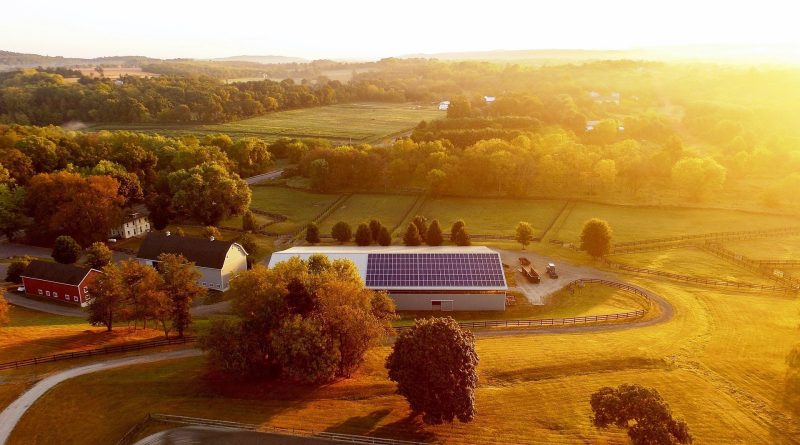 Practical effects of the Agroecology Law in Sicily

Practical effects of the Agroecology Law in Sicily
On 29 July 2021, Law 21 of the Sicilian Region was approved on “Provisions relating to agroecology, the protection of biodiversity and Sicilian agricultural products and technological innovation in agriculture. Rules on maritime state-owned concessions “.
The law not only recognizes the value of an agricultural model that respects ecosystems but also implements a real economic and social conversion of the system.
To understand these statements we must enter into the specifics of the law and in particular of art. 7 of the same.
Art. 7 gives the indications to become an “agroecological company”.
The first assumption, according to the provisions of paragraph 2, is that these companies undertake, with a very simple verification system (and which will be established with a forthcoming decree) to use only products allowed in organic farming. In the meantime, this allows for a first action to safeguard ecosystems that are heavily “burdened” by synthetic products (above all herbicides and insecticides).
The second assumption, as established by paragraph 3, is that companies introduce (even if in small percentages so as not to suddenly upset the cultivation arrangements) tree surfaces, native species and races and spontaneous flora to increase biodiversity and the resilience of the systems. We recall here that the increase in biodiversity is one of the factors in increasing the primary productivity of agricultural systems, with obvious repercussions also on the increase in individual unit yields and in food quality systems.
The third assumption, as established by paragraph 5, is that, in order to have further rewards in the next PSR, these companies can adopt a series of measures to achieve various objectives with a view to greater energy and ecological efficiency.
Specifically, agroecological companies can achieve one or more of the following objectives:
a) company production of renewable energy;
b) saving of water resources;
c) the adoption of systems for the recovery and reuse of wastewater and rainwater;
d) the adoption of non-polluting waste disposal and treatment systems such as phytodepuration;
e) the use of short supply chains, solidarity buying groups, direct farmer-consumer sales contracts, network contracts, supply chain agreements, distribution and connection microstructures between production and purchase and collective catering that uses agricultural products and their processed attributable to agroecological production systems;
f) the transformation into quality compost of its own productions and company production cycles.
At this point, let’s extract some data on the concrete implications of this rule.
Let’s assume, by hypothesis, that by 2030 only 10% of farms will undertake the commitment to convert to Agroecological.
We remind here that, according to the latest ISTAT data (a table of which below), the Sicilian UAA is 1,387,521 Ha.
By applying only the obligations referred to in letter a) of paragraph 3 we will have the following data:
1,387,521 x 10% (participating farms) x 10% (surface to be planted) = 13,875.21 Ha of new tree surfaces.
By placing a sixth lump sum of 5 meters in the framework we will have:
13,875.21 x 10,000 m2 / 25 = 138,752,100 / 25 = 5,550,084 of new trees.
This first data tells us how much it will affect the famous and much debated question of planting trees (which are dissipative systems) to hinder global warming (climate change is obviously a more complex function), among other things with the planting of native species. Sicilian and therefore without introducing species of dubious ecological value in agricultural ecosystems.
Added to these data are the increases in biodiversity of herbaceous, vegetable and livestock species, many of which are in danger of extinction, of which everyone can make further and possible simulations.
That’s all?

Absolutely not. In addition to these increases, let’s think how much it affects production models, in terms of system circularity and therefore savings on imports of products such as: chemical fertilizers (mostly from rapidly depleting fossil sources; see phosphates and others); how much improvement there will be on soil fertility and parasitic biocoenoses.
One of the data that must be closely analyzed is also that relating to renewable energy.
The letter a) of paragraph 5, in fact, provides for the company production of renewable energy.
Here, too, we assume the same percentage of companies joining by 2030, making a calculation of merit.
The methods of renewable energy production have already been clarified, with a note sent to the Ministries and will therefore be contemplated within the decree referred to in paragraph 6 of art. 7. This is the contemplated possibility of producing renewable energy, for company needs (to which the gradual conversion of electric motors must be added) and of being able to sell a rate pursuant to circular 32 / E of 2009 and subsequent clarifications of Revenue Agency and agricultural tax regime.
Specifically, an interesting calculation must be made; given that the production of renewable energy can be done by safeguarding as much as possible the cultivated areas (especially on agricultural tares: pitches, uncultivated areas, roofs, etc.).
In Sicily, again according to the latest ISTAT data, the following surface area is divided:
Area Hectares (Ha)
SAT (Total Agricultural Area) 1,549,417
UAA (Useful Agricultural Area) 1.387.521
Unused surfaces 161,896
This means that 161,896 ha of usable area are available. Using only 10% of this surface, there will be approximately 16,190 ha of surface available for the production of renewable energy. For simplicity of calculation, let’s assume that it is used for photovoltaic systems (not including mini-wind, hydroelectric, biomass, etc.).
Making lump-sum calculations (which I save you) and considering the variety of land mentioned above, it is prudentially estimated an average coverage from photovoltaic systems equal to 700 kWp / ha, for a total installed nominal power of approximately 11 GWp.
Please note that, for photovoltaic systems on agricultural land, the current technological scenario requires the installation of single-axis photovoltaic trackers. By fixing this as the prevalent technology, it is easy to estimate the average annual productivity of these plants installed in Sicily equal to approximately 1,900 kWh / (kWp ⋅ year), which we can consider prudently reduced to 1,200 kWh / (kWp ⋅ year) when considering the losses. production (of energy) linked to poor maintenance of the same.
The productivity figure allows us to estimate the annual production (AEP – Annual Energy Production) of the entire photovoltaic production ecosystem, referred to above, equal to approximately 13.6TWh / year (equal to 5% and 83% of the entire respectively national and Sicilian electricity needs in 2020 [1], not considering transmission losses) with electricity production coming from only 10% of the tares available within the agricultural land of Sicily.
It is understood how the simple adhesion of 10% of farms to the system implemented by the L.R. 21/2021 represents a scenario of incredible repercussions in terms of productive autonomy, profitability of farms (in a very delicate moment) and food sovereignty.
To this we must then add the advantages that can be obtained by achieving the other objectives referred to in paragraph 5), not least the possibility of letter e):
– the use of short supply chains, solidarity purchasing groups, direct farmer-consumer sales contracts, network contracts, supply chain agreements, distribution and connection microstructures between production and purchase and collective catering that uses agricultural products and their related processed products to agroecological production systems.
We are obviously facing a great change in the production, consumption and being paradigms of our civilization. Here it is not only how it is produced but how it is on the planet at stake and if we can speed up this path, which in Sicily has already been walking for some years, we will make a small (but significant) contribution to the future of our civilization.