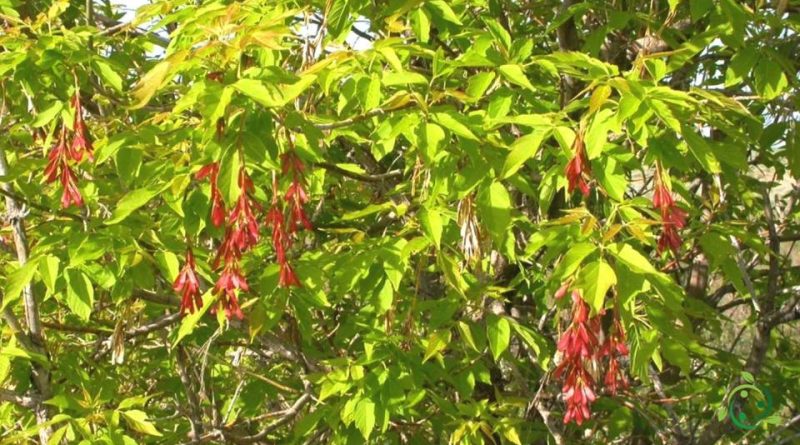 Reproduction of the Box elder

The Box elder (Acer negundo L., 1753) is a tree of the Sapindaceae family, native to the eastern area of ​​North America.

Suitable breeding habitat –
Box elder is native to an area that occupies much of the United States and Canada and can be found as far as Guatemala.
Cultivating this plant has made the tree much more abundant than it once was in nature.
Its habitat is that of very bright areas and often grows in floodplains and other disturbed areas with ample water supply, such as riparian habitats.
Human influence has greatly favored this species; it grows around houses and in hedges, as well as on uneven grounds and vacant lots.
The plant was introduced in Europe in 1688, where it is typical of the gardens and avenues of northern and central Italy.
It has naturalized along streams and rivers.
The plant tends to spread also thanks to the dissemination of the winged fruits by the wind.

Propagation –
Box elder is a very cold hardy plant, able to tolerate temperatures down to around -18 ° C when dormant.
It is a plant that is easy to cultivate and grows in most soils even if it prefers organic, humid, well-drained soils in a sunny position. It grows well in both heavy clay soils and sandy soils.
It is a fast-growing but short-lived tree; lives about 75 – 100 years.
The plant propagates by seed. Sowing must be done when the seed has just matured and in a cold environment; it usually germinates the following spring.
It is advisable to soak the stored seed for 24 hours and then stratify it for 2 – 4 months at 1 – 8 ° C. It can be slow to germinate.
The seed can be harvested ‘green’ (when fully developed but before it has dried out and produced any germination inhibitors) and sown immediately. It should germinate in late winter. If the seed is harvested too early, it produces very weak plants or may not germinate.
After sprouting, the seedlings must be allowed to reach the size of a hand to plant them in single pots.
Here they are grown to a height of 20 cm or more before transplanting them into the open field.
It can also be propagated by cuttings. In this case, cuttings of young shoots in early summer are used. The cuttings should have 2 – 3 pairs of leaves, plus a couple of buds at the base. It is advisable to remove a very thin portion of the bark at the base of the cut; rooting is improved if a rooting hormone is used.
Rooted cuttings must sprout during the summer before being potted otherwise they are unlikely to survive the winter. Cuttings of this species usually root easily.

Ecology –
The Box elder is a plant that plays an important ecological role in its range also as a source of nourishment for insects and birds that feed on its seeds.
The boxwood insect (Boisea trivittata) lays its eggs on all maples, but prefers this species, grouping the eggs in the cracks of the bark. The rosy maple moth (Dryocampa rubicunda) also lays its eggs on maple leaves, including Acer negundo. The larvae feed on the leaves and in very dense populations can cause defoliation.
Small galls are formed on the leaves by a spider mite (Aceria negundi). A gnat (Contarinia negundinis) joins and enlarges the galls of Aceria negundi. The gnat sometimes creates a separate tubular gall on the midrib or veins of the underside of leaves.
The fluffy scale of the maple leaf (Pulvinaria acericola) is found on the foliage of Acer negundo.
This plant can rapidly colonize both cultivated and uncultivated areas, and its range is therefore expanding both in North America and elsewhere. In Europe, where, as mentioned, it was introduced in 1688 as a park tree, it is able to spread rapidly and is considered an invasive species in some parts of central Europe, including Germany, the Czech Republic, Hungary, Slovenia and Poland .
i is also naturalized in eastern China and can be found in some of the cooler areas of the Australian continent, where it is listed as an invasive species.