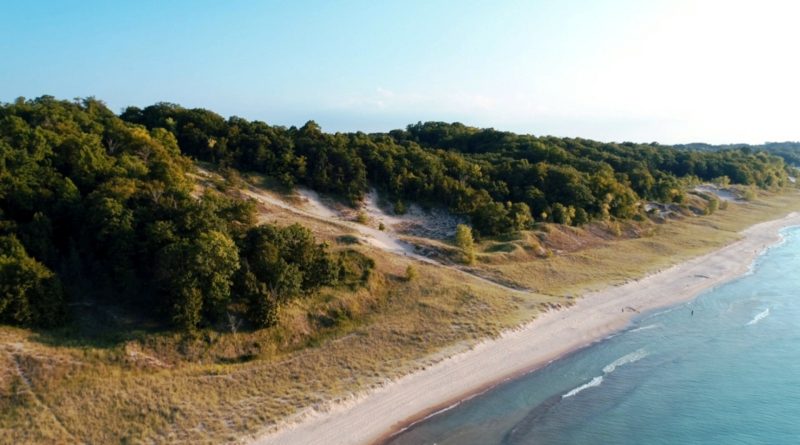 Geography –
Indiana Dunes National Park is a United States National Park located in northwestern Indiana and the protected area stretches for nearly 40 km along the southern shore of Lake Michigan, covering an area of ​​approximately 6,100 Ha. The park headquarters and visitor center are located in Porter. The park features sand dunes, wetlands, grasslands, rivers and forests.

Climate –
The climate of Indiana Dune National Park is heavily influenced by Lake Michigan and can change rapidly. Summers are hot and humid with high temperatures generally around 30ºC and low temperatures around 18ºC. There are about 15 days a year above 32ºC. Warm spells are occasionally interrupted by downward frontal action from Canada. This generally brings pleasant, dry weather days. The sun in summer is abundant.
The maximum in winter are generally between 0 ºC and low temperatures between -5 ºC. There are about 15 days a year below -18 ºC. Winters tend to be cloudy with the exception of periods of extreme cold when the skies are clear. 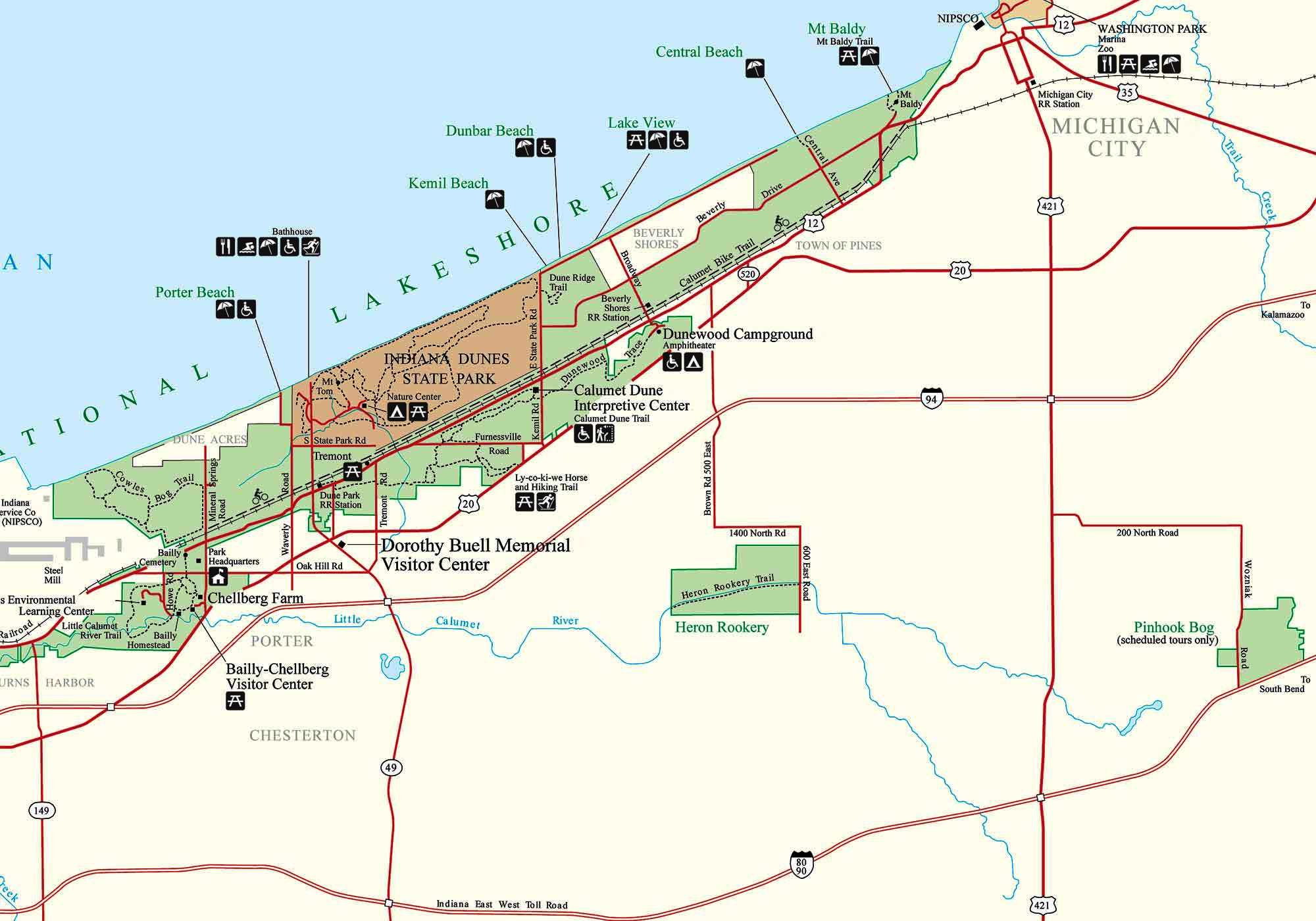 Flora –
Indiana Dunes National Park provides habitat for approximately 1,130 native vascular plants, including federally threatened Pitcher’s thistle. The park is home to populations of 30% of Indiana’s rare, threatened, endangered and special interest plant species. Shaped by glacial events and changing climates, the dune landscape contains disjoint flora representative of eastern deciduous forests, remains of boreal forest and species with an affinity for the Atlantic coast. Additionally, the national park is part of the upper and easternmost limits of the tallgrass prairie peninsula and supports high-quality remnants of this ever-diminishing vegetation type. The presence of many unique types of dune and wetland plant communities has led to a long history of botanical exploration and research. The lands within the national park have been called the birthplace of American ecology as a result of the early work on plant succession by Dr. Henry Cowles over 100 years ago. Investigations related to different areas of plant ecology continue today and are considered essential for preserving the dynamic ecosystems of Indiana’s dunes.

Fauna –
Biological diversity was one of the main reasons for the creation of the Indiana Dunes National Park. As the national park is located in different ecological transition zones, the diversity is many times greater than most areas of its size. In fact, Indiana Dunes National Park ranks fourth for biological diversity among national parks despite having only 6,100 Ha. The residual species of past climate changes have managed to survive in protected habitats. The moderating effect of Lake Michigan, along with the large variety of habitats within a small area, explains much of the plant and animal diversity. Here are found 46 species of mammals, 18 species of amphibians, 23 species of reptiles, 71 species of fish, 60 species of butterflies and 60 species of dragonflies and damsels. The largest herbivore is the white-tailed deer while the largest predator is the coyote. Over 350 bird species have been identified, of which 113 are regular nesting. The national park also provides habitat for a large blue heron nest and the federally endangered Karner blue butterfly.
Also, located at the southern end of Lake Michigan, Indiana Dunes National Park is an important feeding and resting area for migratory birds. The national park is in the top five of all national parks in terms of the number of bird species recorded with over 350 species confirmed. Lake Michigan influences the migration patterns of bird species. During the fall migration, southbound birds follow the north-south coast and are channeled into the Indiana dunes. Furthermore, the expanse of open sea and the kilometers of coastline can attract a large number of wintering birds. Indiana Dunes National Park provides an excellent opportunity for bird watchers to see a variety of bird species. Bird watchers can observe birds along the coast with a spyglass, stand on the dunes watching hawks as they migrate, or look for wetland birds in the remaining sections of the Great Marsh. The national park monitors birds annually at several locations in the park. Monitoring focuses on monitoring the population trends of breeding birds. Monitoring programs provide valuable data on the status of birds in the park and also contribute to national efforts to monitor bird populations.
Indiana Dunes National Park has also documented 46 mammal species. Common mammals observed in the park include; Northern short-tailed shrew, eastern mole, small brown bat, eastern red bat, large brown bat, eastern cottontail, eastern squirrel, marmot, thirteen-lined ground squirrel, eastern gray squirrel, eastern red fox squirrel, southern flying squirrel, white-footed mouse, prairie deer mouse, Norwegian rat, house mouse, meadow vole, common muskrat, red fox, common raccoon, beaver and white-tailed deer.