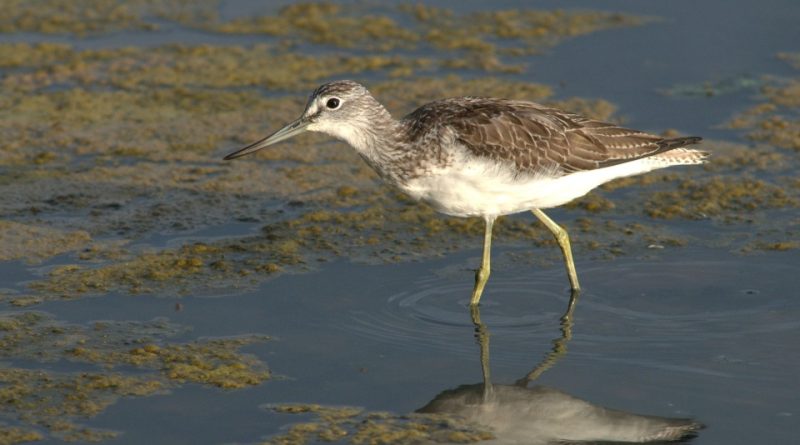 The Common greenshank (Tringa nebularia, Gunnerus 1767) is a bird belonging to the Scolopacidae family.

Geographic Distribution and Habitat –
The Common greenshank is a bird that is present in Africa, Asia and Europe, in Australia, New Zealand and Papua New Guinea, in Alaska, Québec and Newfoundland. It is in step in Iceland, Micronesia, New Caledonia, Puerto Rico, Barbados and Bermuda.
The species nests throughout northern Eurasia, in particular in Scotland and throughout the Scandinavian peninsula and the Kola peninsula and then continues east through Russia and Siberia, up to Kamchatka. The southernmost nesting points are in Scotland and on some islands of the Baltic Sea, in the Gulf of Finland and continuing east, always remaining above the 55th parallel. It is not present in Iceland and in the North Atlantic islands, if not accidentally.
In winter it migrates south to Ceylon and New Zealand.
In Italy it is a partially wintering and two-step species, from the end of August to the whole of September, and from mid-March to the end of April.
Its habitat is that of ponds and swamps, lakes and coasts, salt lagoons and the banks of large rivers, but during the migration it is also satisfied with simple small stretches of water, just to rest for a few days and regain strength to start again.
Nesting occurs mainly in the wetlands of the taiga, in open areas in the midst of immense forests, or even in totally barren areas without vegetation, formed by small bodies of water or peaty soils with stagnant puddles and with a rather open herbaceous cover that facilitate both visibility and walking. 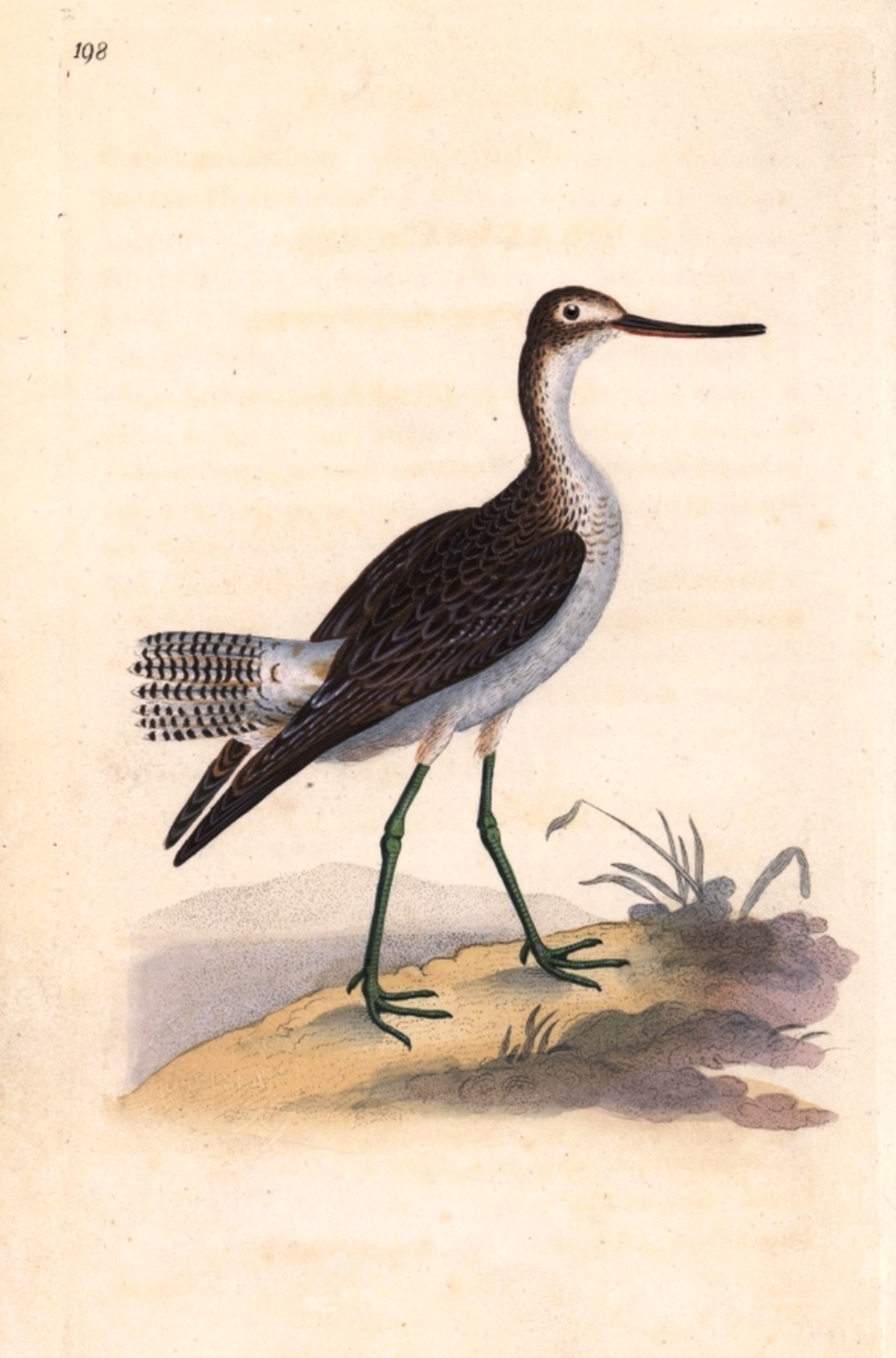 Description –
The Tringa nebularia is the largest species of its genus with a length of 35 cm, an average weight of 200 grams and a wingspan of 70 cm. it does not show sexual dimorphism and even the young show in the first year a livery almost similar to the adults, which is why the determination of the sex can only be done by specialist ornithologists.
It has a long, robust and sharp beak and in the final part, slightly turned upwards but which stands out quite clearly.
The legs are of a color tending to yellow – greenish, with an elongated conformation on the body, slender and always clearly visible. In flight the legs protrude from the tail showing the feet entirely.
It has a much darker coat than the abdomen with a compact greyish color that contrasts with the white chest streaked with black spots and streaks.
The rump is pure white as well as the upper tail and the tail itself which are of the same color.
The head is gray in color, mottled on the head with more or less accentuated black veins.
The singing is typical and in the windy areas of the far north the sound spreads over long distances, mixing with the noises of that remote and still wild nature.

Biology –
The Tringa nebularia forms monogamous pairs that can last for more than one nesting season.
The nest is built in a simple depression on the ground, generally with the addition of some material collected nearby so as to make it camouflaged with the surrounding environment, surrounded by lichens, low grasses and small shrubs or leaning against a trunk fallen to the ground or a large stone.
In this the female usually lays 4 greenish eggs, very pear-shaped and diffusely spotted with strong brown streaks.
The hatching is carried out by both parents for a period of about 25 days and the young nestlings are born provided with a soft duvet that allows them to leave the nest almost immediately after hatching.
The flight will take place after another 30 days even if the little ones remain dependent on their parents for a while.
Normally the female leaves the territory before the male and even before the young can fly. In fact, the new born do not migrate with their parents but with other new babies of the year, perhaps following other adults.
The growth of this bird is faster as the Tringa nebularia is a bird that feeds even during the night, especially in the subarctic territories, where it also has 24 hours of light available.
The maturity of this species occurs towards the third year; moreover, the young, as well as migrating south in the first winter, remain in the winter quarters also during the following year or at least a part returns in isolation to their native places without more or less reaching them, wandering in the northern hemisphere until the new autumn.
The life expectancy is quite long and can even reach 15 years so, given the size of the populations and the size of the inhabited area, the species is not currently considered endangered.

Ecological Role –
The Common greenshank is a shy bird that never gathers in numerous groups even during the migration and this characteristic is highlighted during the nesting when it retires for life as a couple until reproduction is complete.
This bird feeds on annelids, small crustaceans, molluscs, amphibians. Generally insects and their larvae are the main part of its diet but it is said that even small rodents and minute reptiles can be prey to this species.
The feeding takes place in shallow water, probing the bottom with the long beak.
Finally, as regards the status of this species, according to the IUCN Red List, the population trend appears to be stable and therefore the species does not approach the Vulnerable thresholds according to the population trend criterion (> 30% decrease in ten years or three generations). The population size is very large and therefore does not approach the Vulnerable thresholds according to the population size criterion (<10,000 mature individuals with an estimated continuous decline> 10% over ten years or three generations, or with a specified population structure ). For these reasons the species is evaluated as Least Concern.