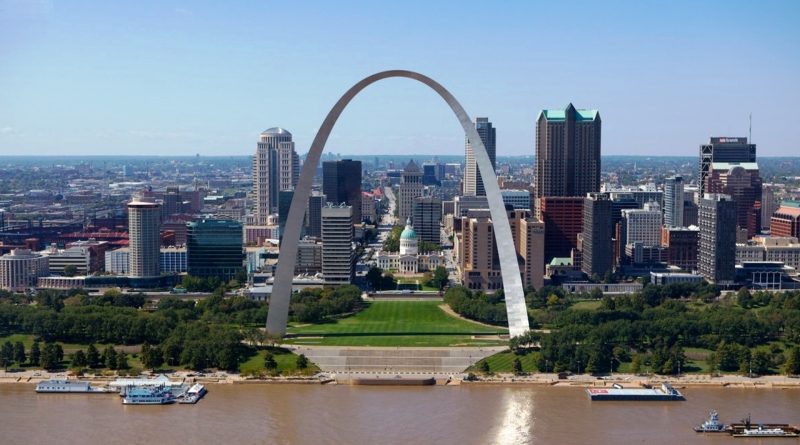 Arch of the Gate National Park is a national park located in St. Louis, Missouri in the United States of America.
This park, like others, is managed by the National Park Service.
The park was originally intended as the Jefferson National Expansion Memorial at the point where the Lewis and Clark expedition departed; was designed as a national memorial by Executive Order 7523 on December 21, 1935. In 2018, it was officially designated the 60th National Park in the United States.
The park was created to commemorate:
– The purchase of Louisiana by President Thomas Jefferson and the subsequent movement of exploration and colonization of the lands of the west.
– The first civilian government located across the Mississippi border.
– The Slavery Debate Raised by the Dred Scott Case.
The park has as its distinctive element the Arch of the gate, the symbol of St. Louis, designed by the architect Eero Saarinen. It is a 192 m high catenary arch. In addition to this, the park includes the Museum of Westward Expansion, located under the Arch, and the Old Courthouse.

Geography –
Gate Arch National Park is within the city of St. Louis, a city built primarily on cliffs and terraces that rise 30 to 61m above the western banks of the Mississippi River, just south of the Missouri confluence. Mississippi. Much of the area is a fertile, gently rolling grassland that features low hills and wide, shallow valleys. Both the Mississippi River and the Missouri River have cut through wide valleys with sweeping floodplains.
Limestone and dolomite from the Mississippi era are at the base of the area and much of the city is karst, with numerous sinkholes and caves, although most of the caves have been sealed; many springs are visible along the riverside. Significant deposits of coal, clay, and millerite ore were once mined in the city, and the predominant surface rock, St. Louis limestone, was used as a dimensional stone and rubble for construction.
The St. Louis geological fault is exposed along the cliffs and has been the source of several minor historical earthquakes; it is part of the St. Louis Anticline which has some oil and natural gas fields outside the city. St. Louis is also just north of the New Madrid seismic zone which produced a series of earthquakes in 1811–12 that are the largest known in the contiguous areas of the United States. Seismologists estimate a 90% probability of a 6.0 magnitude earthquake by 2040 and a 7-10% probability of an 8.0 magnitude earthquake, such tremors could create significant damage across a large region of the central United States, including St. Louis.
Near the southern boundary of the city of St. Louis (which separates it from St. Louis County) is the River des Peres, virtually the only river or stream within the city limits that is not entirely underground. Most of the River des Peres was channeled or underground in the 1920s and early 1930s. The lower section of the river was the site of some of the worst floods since the 1993 flood.
Near the central and western border of the city is Forest Park, home to the 1904 Universal Exposition, the 1904 Louisiana Purchase Exposition and the 1904 Summer Olympics, the first Olympic Games held in North America. At the time, St. Louis was the fourth most populous city in the United States.
The Missouri River forms the northern boundary of St. Louis County, exclusive to some areas where the river has changed course. The Meramec River forms most of its southern boundary. To the east is the city and the Mississippi River. 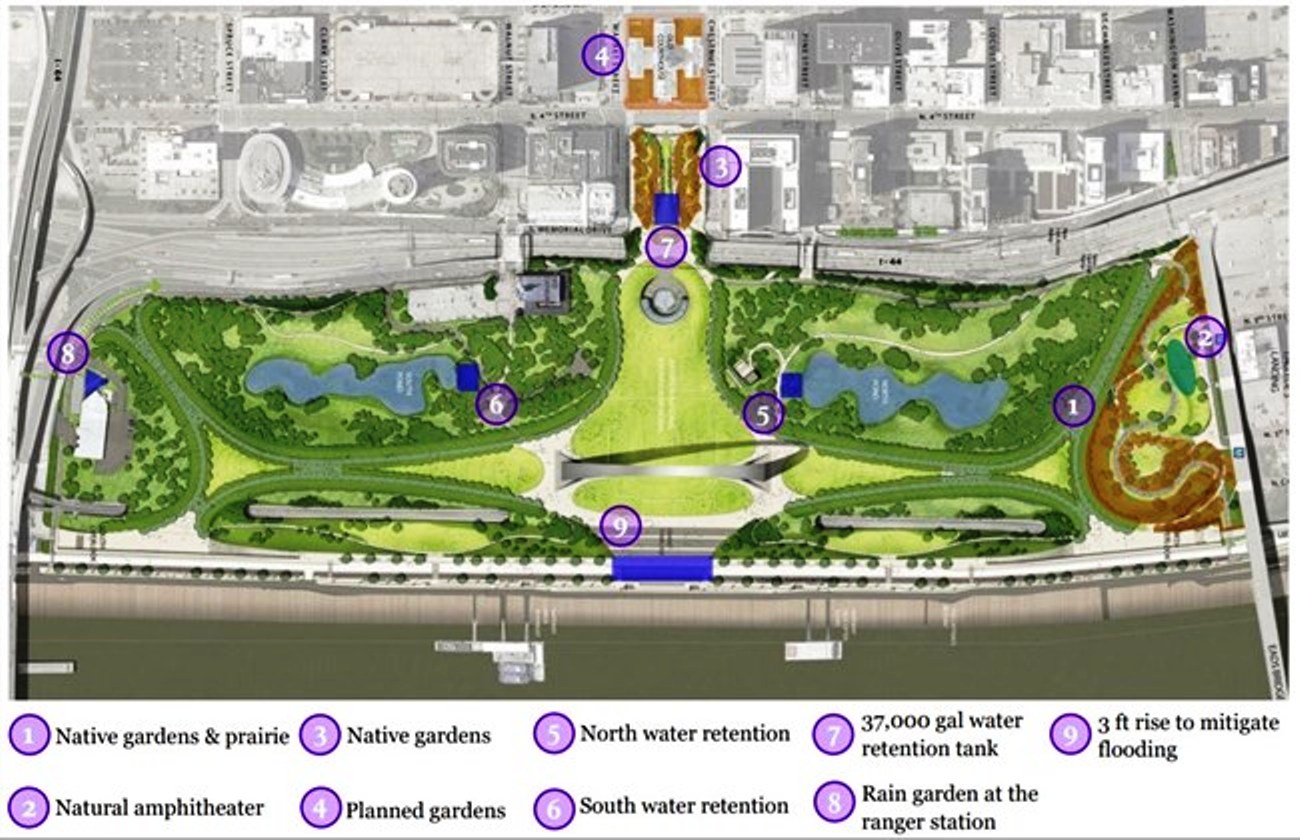 Climate –
The climate of St. Louis is affected by two climatic zones: humid continental and humid subtropical. This means that the summers are hot and humid and the winters are cold. Residents can experience both cold wind from the Arctic and warm, humid tropical air from the Gulf of Mexico. In the city there are four seasons:
– Spring (March to May) – The wettest season which often includes strong tornadoes and winter storms.
– Summer (May to September) – It is often hot and humid with temperatures reaching a maximum of 26-32 ° C.
– Autumn (October to December) – This season usually has a mild and sunny climate with occasional heavy rain.
– Winter (December to February) – There is often at least one big snow storm, but the season can be quite lively.

Flora –
The St. Louis prairie and forest area were once maintained by Native Americans; this until the foundation of the city. The largest forest consisting of native trees is located in Forest Park. The most common trees found throughout St. Louis are: oak, maple, hickory, oriental redbud, serviceberry, dogwood, and american sycamore.

Fauna –
The St. Louis area is also home to a wide range of animals and insects: these include the coyote, the eastern gray squirrel, the cottontail rabbit, the American toad and a considerable entomofauna, including many ladybugs but, since most of the patios and windows are screened in the area, this is due to the abundance of mosquitoes and flies. Bees are also present, but their population has declined in recent years.
Migratory birds can be seen in St Louis as it is found on the Mississippi Flyway. Some of the local and migratory bird species found in this city include: Canada goose, wild duck, great egret, great blue heron, seagulls, bald eagle, and Eurasian tree sparrow.