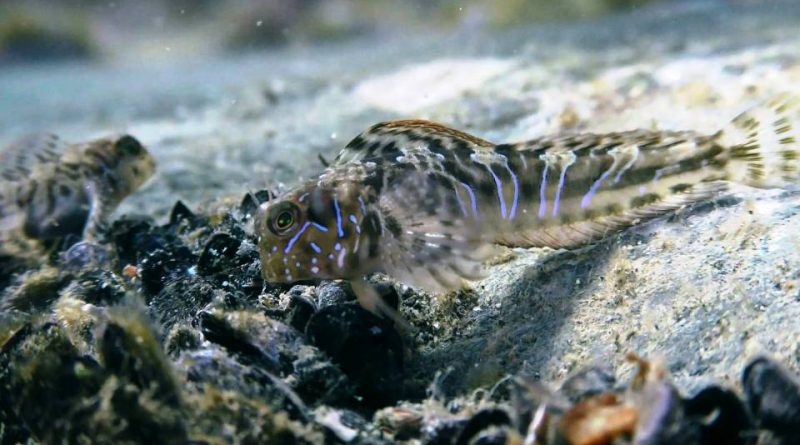 The sphinx blenny (Aidablennius sphynx, Valenciennes, 1836) is a sea fish belonging to the Blenniidae family.

Geographic Distribution and Habitat –
The sphinx blenny is a fish with both subtropical distribution and in more temperate climates. It is present in the eastern Atlantic Ocean, area of ​​Morocco and also in the Mediterranean and Black Sea.
On the Italian coasts it is common, a little less in the northern and western Adriatic.
Its habitat is that of shallow and rocky waters in the coastal area, with sufficient exposure to sunlight, and where it also lives in pools rich in algae and finds excellent conditions for eating and hiding. 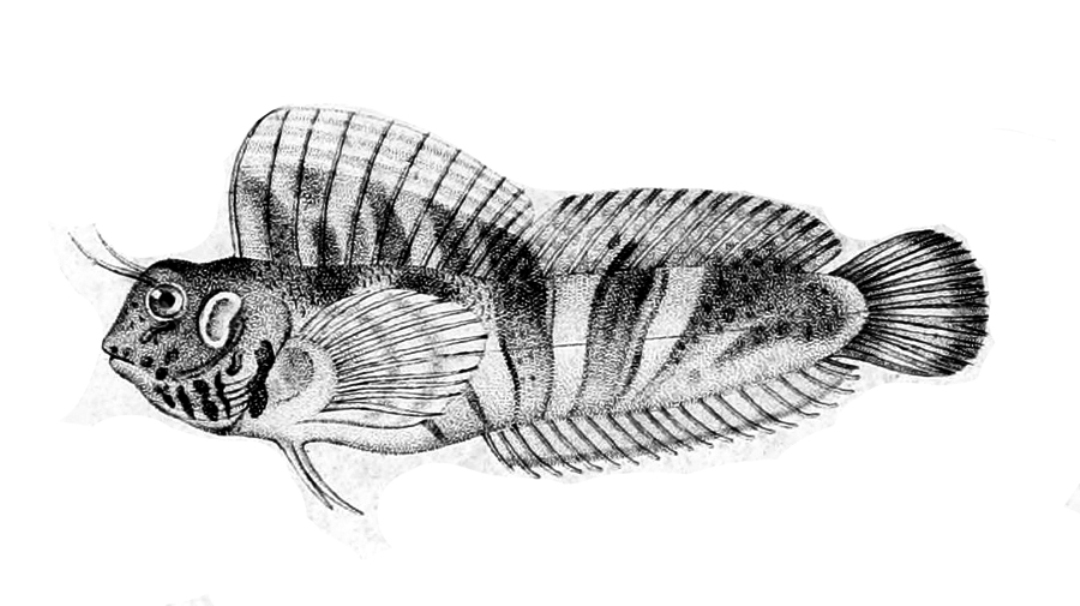 Description –
Aidablennius sphynx is a species that is recognized for its elongated and laterally compressed body which can reach 7 – 8 cm.
The skin is smooth, free of scales and covered with little mucus.
The head is short and the muzzle very short with an almost vertical profile.
The eye is small and is placed high and on which a single long filiform superciliary tentacle rises.
The mouth is small and has full lips; inside you can see small and sharp teeth arranged in a single row; furthermore at the end of the rows there are larger and more caniniform teeth.
It has a single dorsal fin which has a high anterior part with spiny rays spaced apart; this begins after the head and ends just before the tail. The anal is long (the anal opening is displaced forward) and ends on the caudal peduncle, at the same height as the dorsal. The pectorals are very broad and rounded, while the ventral ones are filiform. The caudal fin has a rounded outer margin.
This fish, observed in the sea, has a dominant beige or whitish color, with darker vertical bands, bordered by a light blue line. The central band is vertical and the others converge centrally downwards. The bands continue upwards on the dorsal fin. On the muzzle there are some celestial points. A green-blue ocello, bordered by two red lines in turn edged with black and bright blue, is present in the area immediately behind the eye. The dorsal at the bottom is of the same color as the body and at the top is bordered by a band with light blue and pink lines.
The male has the front part of the dorsal fin much higher than the female, decorated with red and blue meandering stripes and has a green ocellar spot with a red border behind the eye.

Biology –
The reproduction of Aidablennius sphynx occurs through the formation of distinct pairs and in which each single female lays up to 7000 eggs at a time, in cracks in the rocks and in very shallow waters. These are then kept in the burrows by the males.
Additionally, males cannibalize dead eggs to prevent the spread of infection among healthy eggs, although in smaller broods they have been reported to consume live eggs. This is believed to be due to the limited feeding opportunities for males during breeding due to their restriction in nests.
The breeding period is summer.

Ecological Role –
The Aidablennius sphynx is a species that inhabits sites with the presence of rocks, pools with sea water and, in general, in shallow waters on stony bottoms with little vegetation or on breakwaters but with sufficient presence of benthic algae and invertebrates.
Its diet is based on algae and detritus and mainly on small aquatic invertebrates.
It is a fish that is easily caught with nets and is a popular species for Mediterranean aquariums.
According to the IUCN Red List it is considered a low vulnerable species.