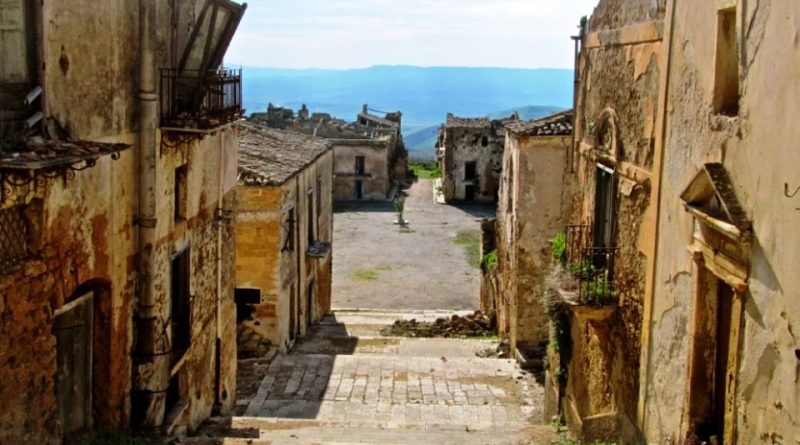 Most of the countries of the world, including Italy, are afflicted by a galloping urbanism that has as its counter-altar the emptying and depopulation of small towns and inland areas.
Urbanization or urbanization, that is the process which saw, especially in the 19th and 20th centuries, the migration of large masses of populations from the countryside to the cities is a process that has begun to gallop in recent times with the consequence that, now, the small centers of entire nations risk disappearing, with catastrophic and irreversible consequences.
Incidentally, the phenomenon of urbanization, which has characterized various periods of the evolution of society, began with the development of the industrialization of the West and with what is called the “Industrial Revolution”. Revolution almost linearly correlated to the energy model of non-renewable resources (especially coal and oil) and to a consequent system of production / organization of inhabited centers, with, often, uncontrolled or uncontrollable movements and displacements towards certain urban areas, intensification of the population density and disproportionate growth of production and commercial settlements.
As a result of this trend we find ourselves today, in Italy, with 5,518 centers with populations of up to five thousand inhabitants, almost all of which are being emptied and with a young population that, literally, is fleeing from them.
Just to give a couple of examples, towns such as Roio del Sangro, in the province of Chieti, or Marcetelli, near Rieti, as well as some municipalities in the inland areas of Sicily, Calabria and other regions, in recent years have lost over the 80 percent of their population and now, with difficulty, they reach 100 residents. Furthermore, from 1971 to 2015 as many as 115 municipalities registered a depopulation rate of over 60% and almost a thousand stopped at around 50%.
In short, to use the words of the President of the Republic Sergio Mattarella: “in certain areas the state seems to have decided to retreat”.
Someone, not accustomed or unfamiliar with basic concepts in the field of spatial planning, might also think: what is the problem?
Instead, as we will say now, the depopulation of inland areas, with the relative urban growth of large inhabited centers, brings with it a series of negative consequences of incredible size.

Consequences –
The emptying of small towns and, above all, of the populations of the internal areas of the territory, generates a series of negative effects on the environment, economy and culture, some of which with an irreversible domino effect.
In the first place there is a gradual and progressive deterioration of the environment and landscape, largely linked to the cessation of agricultural and pastoral activity due to the abandonment of fields and pastures which, invaded by shrub vegetation, including allochthonous, to a loss of productive potential. In these conditions we are witnessing the loss of elements of great value, including biodiversity and the minor tourist attraction of the area. Due to the domino effect, the hydro-geological risk increases since the works carried out in the past are abandoned, such as the management of the fields, irrigation water regulation, containment works, and so on, thus causing a dangerous erosive multiplication factor capable of causing landslides, landslides and land instability, especially in areas with more complex morphological characteristics. To this are often added (more than one might think) the lack of maintenance of the hydraulic works carried out for the regulation of waterways, such as embankments and canals, which, in these conditions, are the cause of further landslides and floods.
Furthermore, at a floristic level, the growing wild in the fields greatly increases the danger of fire (something we have been witnessing with geometric progression in recent years); the lack of maintenance, the elimination of mowing, and other agronomic practices no longer carried out, mean that the long and dry grass remains on the ground, not allowing the percolation of water into the aquifer, thus increasing a further risk of landslides.
Add to this how depopulation causes the abandonment of entire villages or towns, leading to the loss and ruin of a huge heritage of homes, mule tracks and roads, thus favoring the social and economic unlivability of these areas. There is thus a general impoverishment, depriving these territories of the necessary local resources of entrepreneurship and workforce and causing the cessation of commercial activities and services; it also impoverishes the social fabric by gradually fading the sense of belonging to a typical identity and to the values ​​of traditional culture.
Last but not least (so to speak) a selective migration is generated with depopulation of the younger groups, and of the intelligences, with an aging of the remaining population, a decrease in economic and social capacity and a drastic reduction in the birth rate.
To this picture, which is alarming in itself, corresponds, at the level of large inhabited centers, a series of imbalances and consequences that do nothing but contribute to deteriorating and worsening the territorial fabric of entire regions. In the last decades there has been an inflation of the increase of some urban centers which has led to the birth of megalopolises, a further problem within the problem.
The presence of large inhabited centers entails the need for a logistical and transport organization that requires an exponential increase in energy needs, logistical systems for food needs (with the need to intensify and worsen agricultural production quality), increase overbuilding, resulting in a loss of soil and an increase in the surface runoff of water, pollution, etc.
As a last consequence, and in some ways, more worrying, we are witnessing a growing deficit of urban jobs (since the 1960s unemployment has reached high percentages, affecting and limiting above all the young population and consequently favoring illegal work, illegal hiring. , causes of under-employment and social injustices), the increase of degraded urban centers and in some cases of real shanty towns (also in Italy) and densely populated urban settlements, characterized by dilapidated buildings and living conditions below the welfare standards. 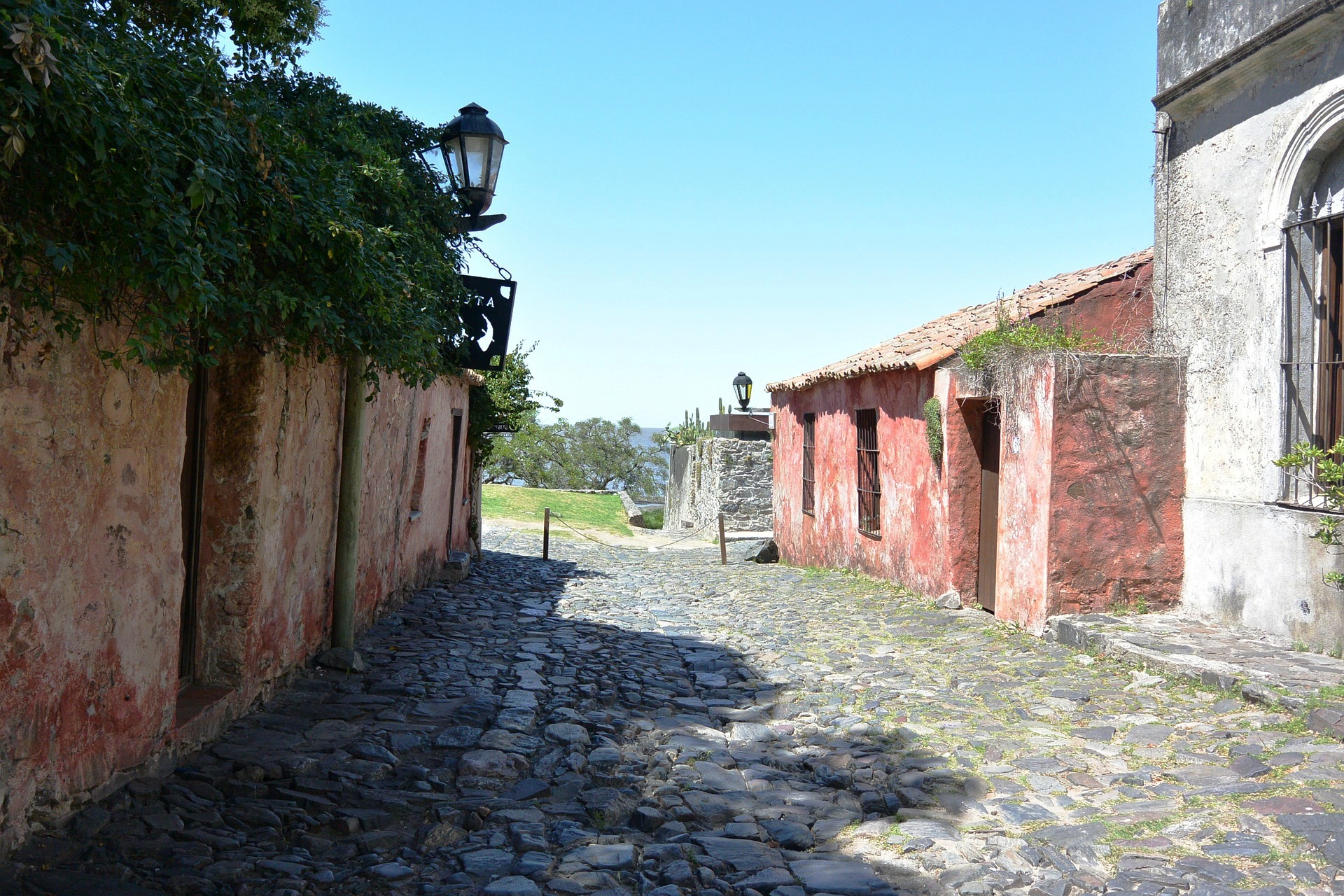 Solutions –
The scenario outlined does not admit doubts and, in the timid attempt of Italian politics, we have witnessed the emanation of a national strategy for internal areas which, to date, has proved to be only a document of good intentions and purposes and almost nothing more.
The truth is that, at the level of political awareness, a new socio-political model has not matured and the rubble of the fall of the buildings of capitalism, on the one hand, and of communism, on the other, are struggling to be recovered for the construction of a structure. new.
Yet the seeds of this new political vision are contained in the documents, actions, commitment and activism of great personalities that have already characterized the recent history not only and much of our country but of the whole world.
First of all, also in order of time, we must mention Mahatma Gandhi (1869 – 1948). In his words (and in his action) we find contemporary concepts, such as ecology and the destiny of the world, degrowth, a sense of limitation and small communities. Gandhi’s thought can therefore be seen as the starting point for creating what could represent a concrete alternative to urgencies that are unfortunately increasingly strong.
But how not to mention EFSchumacher (1911 – 1977), German economist, philosopher and writer, who with one of his most significant works: “Small is beautiful” which ranks among the 100 most influential books published after the Second World War, traces a perfect growth profile of modern societies.
Obviously, it is impossible not to underline the revolutionary Encyclical of Pope Francis (1936): “Laudato Sì”, of 2015, a real treatise on integral ecology and social economy.
Against the backdrop of these great men, there are thousands of thinkers, activists, economists who shout loudly about the need for a reversal of trend and direction.
A reversal that does not mean impoverishment, just as the work of Serge Latouche (1940), French economist and philosopher, advocate of convivial degrowth (happy degrowth) and localism (or localization) has not been understood (or deliberately misinterpreted) ), which indicates a way to generate a planet that is more just, equitable, less poor and happier.
Obviously, the detractors of this verb are all those (multinationals, banks, systems of power, etc.) who, in the shadow of this socio-economic model, hard and slow to die, have seen their portfolio and contractual and political power increase dramatically.
We continue to speak a language (see PNRR and model of ecological transition) that is just an old man (with many wrinkles and a lot of greasepaint) who wants to pass himself off as a young man wearing a green suit.
Faced with this clumsy and more dangerous (but obviously less flashy and disruptive) attempt of the atomic bombs on Hiroshima and Nagasaki, it is necessary for the Politics to wear a new dress, but changing fabrics and models.
Thinking of patching up or mending free-market or communist ideologies is a “luxury” that we can no longer afford. History walks, humanity with it; history is renewed and with it the thought that must put on the clothes of the future.
Political models must be adopted that speak of: solidarity, sharing, cooperation and responsibility, the only currencies to generate an antidote to rampant injustice, inequality and exclusion. We need to go from I to us.
We need to get out of an economic system that continues to discard lives and territories in the name of the god of money, instilling rapacious (and colonialist) attitudes towards the Earth’s resources and feeding many forms of inequity.
Faced with this, we cannot remain indifferent and if we really want to resolve the problems and issues discussed so far, we need the birth of a new political dress, made of the fabric of this new fabric.
We need a different industrial model projected towards microeconomies, communities and networks; we need a different agricultural and agri-food model (agroecology), we need a general remodeling of the system to get out of a centralizing and disintegrating economic model. We are not alone facing an energy transition; on the contrary, if this does not wear the profound criteria of solidarity, sharing, cooperation and responsibility, it risks increasing and nourishing the social and territorial disintegration.
Social and territorial imbalances are not resolved with the usual criterion of funds and resources if these are not preceded by a new political vision and the new political vision is not resolved if one does not get out of this worn-out dress made up of liberalism, on the one hand, and of communism, on the other hand, which are branches (albeit opposed) of the same tree of that materialism which has made its time and its history.