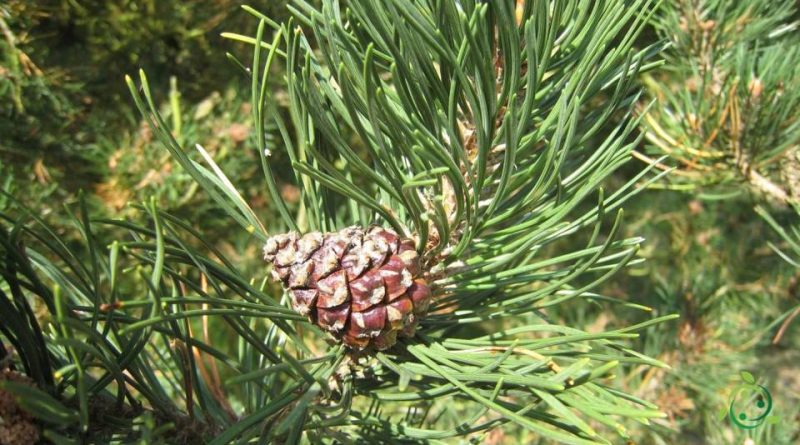 Suitable breeding habitat –
Pinus uncinata is a plant native to central and southern Europe and present in a territory that includes: Germany, France, Spain, Poland, the Czech Republic, Switzerland, Italy and Austria.
It is present on the reliefs of the Pyrenees, Massif Central, Jura, Vosges, Black Forest, Central and Western Alps.
In Italy it is present spontaneously from the Maritime Alps to Ortler, in the province of Sondrio. It grows in the subalpine belt, preferably on calcareous substrates and in general prefers calcareous or mixed substrates, and colonizes rocky and debris-rich slopes. Sometimes it forms very extensive pine forests.

Propagation –
Pinus uncinata is a very cold-resistant plant, able to tolerate temperatures down to about -25 ° C when completely dormant.
As for other pines, it requires a sunny position and also grows in poor soils, which can be dry or humid but still needs well-drained soils.
It is a plant that tolerates drought once established and is quite resistant to the wind.
Cones ripen in the fall of the second growing season, opening on the tree or the following spring.
It is a fairly slow growing plant.
Propagation occurs by seed which is good to sow in single pots in an unheated seedbed as soon as it is ripe, if this is possible, otherwise at the end of winter. A short stratification of 6 weeks at 4 ° C can improve the germination of stored seeds.
It is advisable to transplant the seedlings as soon as possible as growing difficulties increase.
Trees should be planted in open fields when they are small enough, between 30 and 90 cm; in reality they should be planted when they already reach 5 – 10 cm in height.
It can also be multiplied by cuttings. Method that has a certain percentage of success only if these are taken from very young trees under the age of 10 years.
However, the cuttings are slow to grow.

Ecology –
Pinus uncinata in the northwestern Apennines forms communities referable to the Seslerio caeruleae-Pinion uncinatae alliance.
In the Ligurian-Emilian Apennines (in the Emilian territory) there are interesting populations (the southernmost of the Vaccinio-Piceetea Br.-Bl. class in Br.-Bl. et al. 1939) of Calamagrostio villosae-Pinetum uncinatae rostratae Gentile 1995.
Like other pine forests (Scots pine, mountain pine, black pine, etc.), even those of Pinus uncinata cannot be considered climatozonal expressions, although relatively stable and long lasting on soils that struggle to evolve due to steepness, the presence of erosive niches and phenomena that hinder the formation of deep pockets. Where the latter, due to the morphology, are possible, the larch, but especially Picea and Pinus cembra, assert themselves vigorously, but without completely replacing the pine. The pure woods of Pinus uncinata are, as a rule, set on more superficial and primitive soils than mixed ones. This certainly applies to the chalky-limestone substrates of the Resia area, near the border with the Swiss Engadine Park where the hook pine takes on maximum development and size. In the Piedmontese Alps, despite the varied range of ecological situations, the primitive character of the soils is confirmed, always well drained and rich in skeleton, with the upper horizons acidified in mesophilic and siliceous substrate subtypes. The tendency (slow and with poor prospects) towards the beech forest is reported only in the communities of the low mountain ranges. Being open woods, the catenal contacts involve herbaceous formations of subalpine prairie, adjacent (both basifile and calcifugal, according to the nature of the substrate), shrub stages of various compositions (Juniperion nanae, Rhododendretum ferruginei, and also mughete 4060 – Alpine and boreal lands -), arid-steppe meadows in the mountain belt and, according to the location, an even more pioneering cenosis of rocks and groundwater debris.