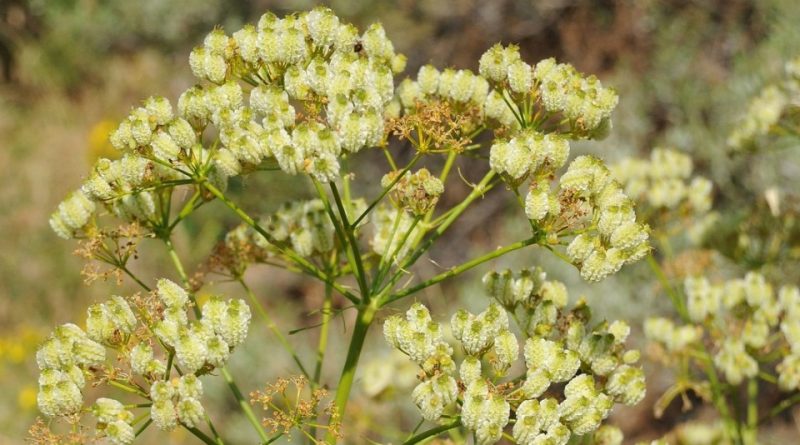 The meadow basilisk (Prangos pabularia Lindl.) Is a herbaceous species belonging to the Apiaceae family.

Etymology –
The term Prangos comes from the Tatar name used by the populations of the area of ​​origin, near Imbal or Droz in Afghanistan.
The specific epithet pabularia comes from the Latin pabŭlum, pasture.

Geographic Distribution and Habitat –
Prangos pabularia is a plant whose native range goes from Turkey to Central Asia and the western Himalayas.
The species is distributed in Afghanistan, the USSR, Baluchistan in western Pakistan and in the Himalayas; we also find it in the upper forest area of ​​Iraq, in Turkey (Anatolia), Caucasus, Iran, Afghanistan, Pakistan, Asia (Tian Shan), Northern India (Kashmir), and western Tibet.
Its habitat is that of the mountainous regions and the northern stony slopes of the Himalayas and Baluchistan between 2,100 and 3,300 m. s.l.m .. 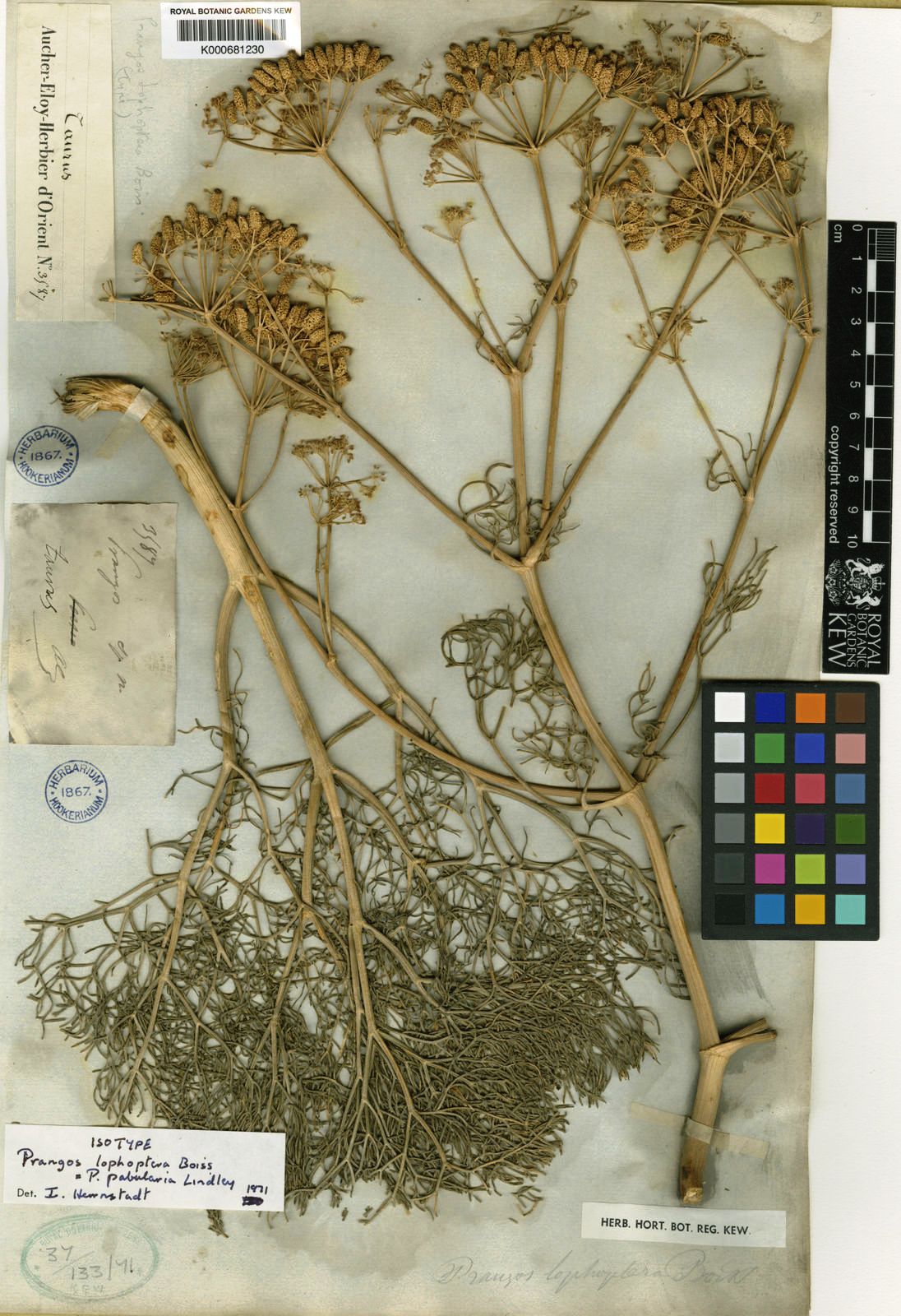 Description –
Prangos pabularia is a robust herbaceous plant up to one meter in height, branched and corimbosa above, the upper branches are opposite or terminal verticillates.
Stem and branches are streaked and all the vegetative parts are generally hairless.
The lower leaves are large, up to 45 cm, petiolate, broadly deltoid-ovate in profile, decomposed in a pinnate manner into linear-silky, mucronate segments of 5–25 × 0.5–1 mm. the upper leaves are sessile, broadly deltoid, similarly dissected; short, widely expanded, striated, solid sheaths.
The peduncles are 4–13 mm long and the umbels are numerous, with radii of 5–15 (–20), unequal, 2–7 cm long in the fruits. The umbels are 10–15 (–20) partial, flowers ± 3.5 mm in diameter, 5–15 mm fruiting pedicels.
The casing consists of 6-8 bracts and lanceolate, deciduous bracts, the latter long, occasionally equal to the pedicels
The corolla is made up of hairless petals.
The 3–4 mm styles, flexed or supple; horizontal stylopodia, depressed.
The fruit is an oblong polyachenary of 8–16 (–24) × 4–12 mm, with wings included; wings of the primary crests very light, very wavy, undulations of the adjacent crests that mesh considerably through the vallecules, which can be completely obscured by the wings and by the large irregular papillae of which the primary crests are covered under the base of the wings.
The period between flowering and fruiting is from May to July.

Cultivation –
Prangos pabularia is a perennial plant that grows spontaneously in an area ranging from western Asia to eastern Asia – from Iran to India, especially in stony slopes.
Its cultivation area, given the limited information, should therefore be on well-drained soils and in a sunny position.
Propagation is by seed which should be sown as soon as it is ripe in spring.
It can be sown in seedbeds and subsequent transplantation or even directly in the open field.
It is also possible to multiply by division in the spring period.

Customs and Traditions –
Prangos pabularia is a plant that has been used in folk medicine of the origin areas since ancient times as a diuretic agent and treatment for leukoplakia, digestive disorders, healing scarring and stop bleeding.
From the analysis of the composition of the essential oils isolated from the leaves, fruits and umbrellas of this plant, it was seen that the oil of the leaves had mainly compounds derived from sesquiterpene with spathulenol (16.09%) and α-bisabolol (14.30 %).
The fruits and the oil extracted from the umbrellas had monoterpenes consisting of α-pinene (33.87, 21.46%) as the main compound. The essential oil of the leaves of the plant, in some studies, has shown a high allelopathic activity.

Preparation Method –
The medicinal use of Prangos pabularia is known as the fruits and other parts of the plant have been used mainly as diuretic agents and in the treatment for leukoplakia, digestive disorders, healing scars and stop bleeding.