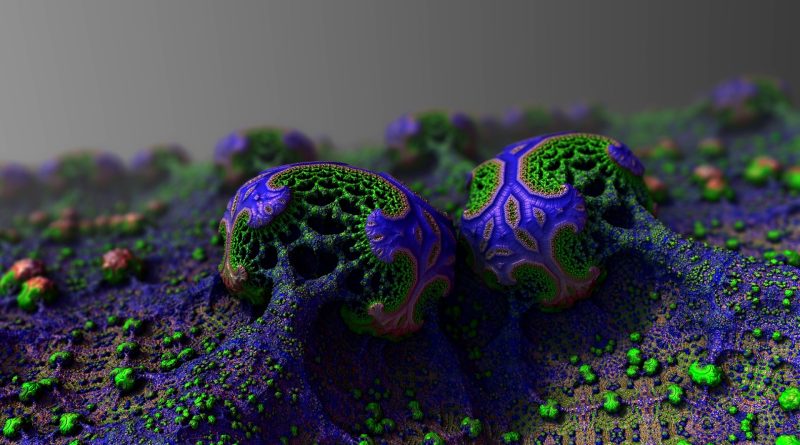 Borrowing the “technology” of nature

Faced with the growing demands that arise from the obvious need to change the current agricultural production model, we are obliged to take new paths and new paths.
The data deriving from the interference caused by the current agricultural model do not lend themselves to any doubt: loss of soil, decrease in fertility of the same (biodiversity, organic matter, salinization, etc.) loss of flora and fauna biodiversity, etc., are elements which, placed in correlation, represent an extremely alarming picture.
In the background, the obvious scenario of a planet that in the space of a few decades risks no longer having the availability of that matrix (nature) that has allowed, for over ten thousand years, to produce food and to produce it, up to a certain point, without affecting it.
The use of so-called pesticides or pesticides (insecticides, herbicides, etc.) combined with the ever-increasing need for synthetic fertilizers, many of which derive from non-renewable resources, raises not only an ecological issue but also an energy one. So much so that it is more correct to understand that ecology and energy model are one.
To this we must then add the growing need for technology, energy (fuels, electricity, etc.) which, in fact, by generating an open production model (in a strictly thermodynamic sense) gradually decrease its performance and therefore its efficiency.
Ecology is in fact a complex energetic model in which every single organism (biotic system) and every single place (abiotic system) constitute that matrix which, powered largely by solar energy, allows to convert the available energy (thermal , chemistry, etc.) in biological energy (agricultural products, living beings, organic matter, etc.) and in other residual forms, including an irrecoverable rate (entropy).
This whole complex system (or thermodynamic machine) goes under the term of Dissipative System on which great contributions to understanding have been made in the past years by researchers and scientists of the caliber of Ilya Prigogine (1917-2003), Nobel Prize for Chemistry in 1977 , who with his works and publications has opened up new scenarios on ecology, still poorly understood and developed in their practical implications. Among all we remember the work: “Dissipative structures. Self-organization of non-equilibrium thermodynamic systems ”of 1982, which is in fact a treatise on the dynamics of ecosystems, dissipative structures par excellence.
To Ilya Prigogine we must then add other excellent names such as: the mathematician Henri Poincaré (1854-1912) pioneer of the science of complexity, and subsequently all the others such as above all: Jacques Solomon Hadamard (1865-1963), Aleksandr Michajlovič Ljapunov (1857-1918 ), Erwin Rudolf Josef Alexander Schrödinger (1887-1961) and others who, in a nutshell, made us understand how much our tangible world is a complex and totally interconnected system.
Ilya Prigogine is certainly, among all, the one who extracted from it, as regards the sector we are talking about, namely agricultural ecology and productivity, the greatest speculations in his “Epistemology of complexity” which effectively sanctions the end of that Philosophical, cultural, as well as scientific and technological reductionism which, with its practical repercussions, has alienated the beings who have practiced it (humans) from the rest of the system which, instead, moves, as well represented by the aforementioned scientists, on planes and completely different criteria.
Unfortunately, the current technological approach still tends to resolve the production issue (both in agriculture and in other sectors) with the Occam’s Razor principle, further widening the gap between the world of Humans and that of Nature.
Let’s explain this concept better, which then directly refers to the title of this contribution.
To resolve the question of social and therefore also productive models (in all sectors) we must not go towards a technological exasperation, as if this were the only solution, but towards that mutation of the principles of Nature which, in fact, it is a different “technological” form which lies on a more complex plane and which is “as old as the mountains”.
Nobody wants to propose or re-propose returns to the past indeed what we have to envisage is a deepening of this Epistemology of complexity without whose application the gap between the Human system and the Nature system will tend to increase until it breaks that feeble bond that still keeps us standing.
Unfortunately the scenario, the proposals, the politics and the programming at many levels (from the European to the national ones) contain a language that is still too based on the criteria of Reductionism and not on those of Complexity.

Suffice it to say that the National Strategic Plan of Mipaaf (https://www.reterurale.it/PAC_2023_27/PianoStrategicoNazionale), which aims to spread new technologies by promoting greater integration between consulting, training, information and operational groups for innovation , it contains these principles even if seasoned here and there with good intentions.
The same SWOT analysis (Method of analysis to verify the strengths of a plan or project) of the National Strategic Plan analyzes in detail:
– guarantee a fair income;
– increase competitiveness;
– rebalance the supply chain;
– fight climate change;
– protect the environment;
– preserve landscapes and biodiversity;
– support the generational change;
– revitalize rural areas;
– protect the health and quality of food;
– knowledge system and digitization.
Leaving aside the insights that you can still find here: (https://www.reterurale.it/PAC_2023_27/SWOT) it does so, however, with a typical approach of Occam’s Razor. Disassemble the system into several pieces without looking at it, too often, in its complexity.
In the background, however, we are comforted by a series of in-depth studies and research based on meta-analyzes and, above all, the Farm to Fork Strategy and that on Biodiversity, which represent the opening of a new language that not only analyzes the erroneous effects of our way of conceiving. reality (producing is not only a technological act but is primarily a philosophical and cultural act) but above all the possible alternative scenarios.
Suffice it to say that a few years ago (2014) some researchers from the University of California at Berkeley published in “Proceedings of the Royal Society B”, a meta-analysis (based on 152 studies) which showed that crops that do not use pesticides and Synthetic fertilizers yield 19.2 percent less than conventional fertilizers, a minor difference in yield, much less than those often indicated in the literature.
Furthermore, this research highlighted how the careful management of appropriate agricultural practices could further reduce this gap to the point of almost nullifying it.
In this direction other studies such as the one conducted by a team of researchers from various Institutes such as: West Virginia University, United States Department of Agriculture, University of Alaska Fairbanks, University of Minnesota and University of Western Sydney , research published in the journal Proceedings of the National Academy of Sciences, have even highlighted how instead: The loss of biodiversity reduces the productivity of the remaining plants.
Without reporting here the countless publications that ultimately envisage an approach based on the “Epistemology of complexity” to resolve the gap created by us, it is clear that the real and great “technological” innovation is not the one proposed by the patent holders. and technological know-how but that of deepening the knowledge of the “Nature System” whose energy potential (and therefore also productive) is far superior to that of often reductionist technology.
Without therefore demonizing technology (which must be used without exceeding its usefulness) it is evident that the center of the question is that of the need to borrow and therefore borrow the dissipative model of Ecosystems (energetically the most efficient and therefore with a higher primary productivity ) translating it into a new agricultural model which, by now, arose at the dawn of this new world, with its first rays of light, and which takes the name of Agroecology.
Agroecology is the true technological transition but not in the reductionist sense of the term, which tends to exacerbate the mechanistic contribution, but in the sense of implementing the same criteria of complexity and mutuality used by Nature in the production model.
Obviously, agroecology does not stop only at the method of producing but includes the consequent social and ecological fabric that it generates: sharing, distribution systems, connections, external inputs, etc.
Here, too, the detractors of this discipline (still too little known and therefore poorly interpreted) evaluate it starting from reductionist visions and therefore without the correct approach and, therefore, making incorrect analyzes of merit.
To make this true “Ecological Conversion” a different approach to Research is needed (with dedicated public funds), a dialogue between the parties (farmers, consumers, technicians, etc.) is needed, and that new vision already written in the century is needed. lasted by eminent scientists but unknown to most and, therefore, not yet entered into the gears of culture and politics.
Nature is dealt with in its complexity and not replacing it or analyzing it by parts. Without this approach, we cannot move towards the future and we cannot build a new ecological civilization.