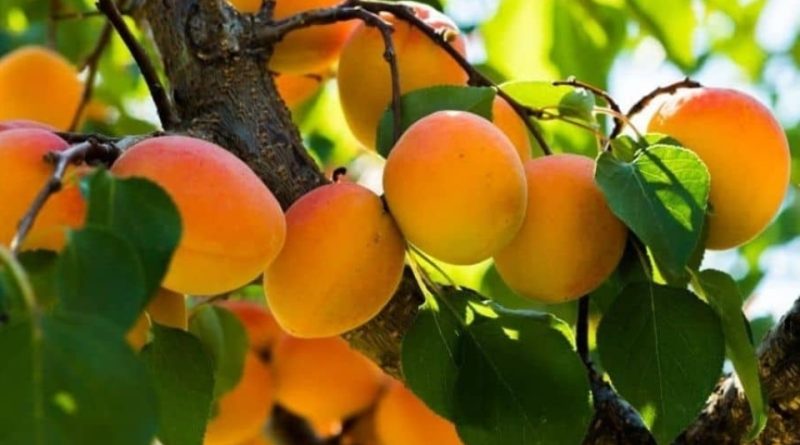 The Scillato apricot is a tree of the Prunus armeniaca L. species belonging to the Rosaceae family and is a typical Sicilian crop. The fruits of the Scillato apricot are included in the list of traditional agri-food products (PAT) drawn up by the ministry of agricultural and forestry policies (Mipaaf).

Origins and History –
The apricot was called by the Romans the Armenian apple as they thought it came from Armenia. But in reality the fruit, to which the cheeks of the flowering maidens were compared, comes from further afield and precisely from Persia, if not even from China. In any case from that fabulous orchard of the world that was the East.
The apricot came after the conquests of Alexander the Great on the shores of the Mediterranean. Known in Europe thanks to the Romans at the beginning of the Christian era, it had a period of oblivion during the Middle Ages. It was the Arabs who reintroduced the cultivation of apricots around the 10th century, not only for gastronomic purposes but also for pharmacological purposes.
Primizia originally means the name of the apricot which derives from the Latin praecocum, literally «precocious». With this term the Romans initially called all the first fruits. But when this word ends up on the lips of the Arabs it becomes al-berquq. It is the decisive step towards the modern names of the orange fruit, such as the Spanish albaricoque, the French abricot, the English apricot, the German Aprikose and our apricot. Thus, by dint of rebounds between East and West, apricot ends up becoming the first fruits par excellence, the embodiment of youth condensed into a fruit.
A story of gastronomic migrations, of food cross-breeding. Just as it happens to travelers, food passing from one land to another always ends up resembling the country they visit, in short, they take on its moods even without wanting to.
Between diffusion and selections, we arrive at territorial crops, in which the particular isolation of some historical moments led to the birth of some varieties such as that of the Apricot of Scillato.
The Apricocco di Scillato is an early variety, with small fruit, often faceted in red, very fragrant and with an intense flavor.
The Scillato apricot is a cultivation introduced in the late seventies of the twentieth century in the area around Scillato which has seen the successful expansion of crops also in other parts of the province of Palermo. The success of the cultivation of the Scillato apricot is linked to the introduction of very early varieties, which allow the production of a fruit that resists the attacks of the fruit fly and the most common fungal diseases in an absolutely biological way, reducing if not eliminating the use of industrial pesticides.
In Scillato there is also a festival dedicated to the Scillato Apricot tree in June.
In addition, the Scillato Apricot is a Slow Food Presidium.

Geographic area –
The Scillato Apricot is grown in an area that falls within the territory of the municipality of Scillato, Collesano in the Madonie area and part of the province of Palermo.
It is therefore a somewhat circumscribed area and therefore with limited production capacity even if, especially in the past, there were those who came from afar, following the fame of its scent and flavor.
The village of Scillato lies in the valley of the Imera river, at the foot of the Madonie Park.
Here ancient spring waters make its soils fertile, which are home to gardens, olive groves and orchards. Flowering citrus groves have always characterized its countryside, with very particular varieties: late and very juicy.

Raw material –
The Scillato Apricot is an early apricot variety, with small fruit, with small asymmetrical valves that give them an oval shape. often faceted red, very fragrant and with an intense flavor.
The trees are often large and are over 30 to 40 years old.

Description –
The Apricot of Scillato is a spherical fruit with an “apricot” color, with a juicy, soft, particularly fragrant pulp, medium size. The fruits have a yellow-orange skin, with red streaks on the part exposed to the sun. The pulp is always yellow-orange, sweet and sugary like the peel.
The fruit is organic with a spherical shape, spring, “apricot” color, sweet with a high sugar content.
The farmers of the area know that this variety has always been considered a precious fruit.

Production Method –
The cultivation of the Scillato apricot is traditional: every year the trees are pruned, no chemical treatments are carried out, neither for the soil nor for the fruits, in fact from the production point of view, the Scillato apricot is truly unique, because it produces fruits, the homonymous apricots, extremely resistant to attacks by insects and parasites.
The flowering of the Scillato apricot takes place at the beginning of March and the apricots ripen between the end of May and the beginning of June.
They are collected by hand, in a scaled way. The harvest begins at the end of May and usually lasts two or three weeks.
Fruits are sensitive to handling and transport and, for this reason, their marketing is limited to neighboring markets.
Irrigation is carried out in the period of May / October with water from the local Agnello and Gulfone springs. No further post-collection operations are performed.

Gastronomic use –
Scillato apricots are consumed both natural and in Palermo cuisine for the preparation of sweets or jams.
In Scillato, all peasant families prepare an excellent apricot jam every year. But the pressure of more profitable products and more dynamic markets has made this variety in danger of disappearing.
Apricots are particularly digestible; they can be eaten fresh, dried, in syrup and also in the form of juice and in jams.