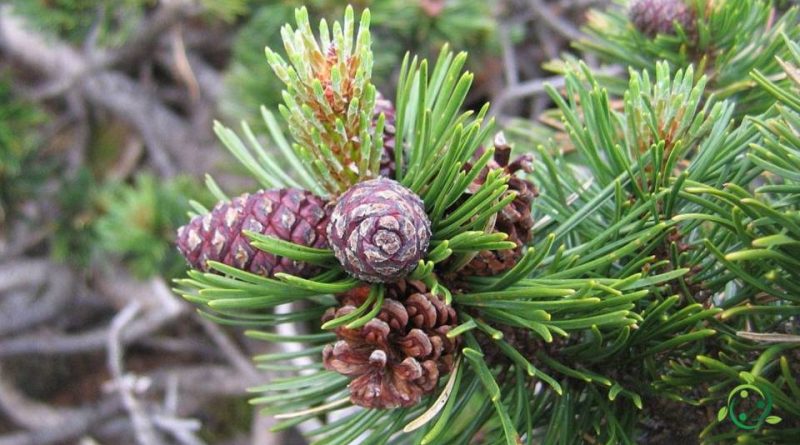 Reproduction of the Dwarf mountain pine

The mountain pine (Pinus mugo Turra, 1764) is an evergreen conifer in bushy form of the Pinaceae family that grows in central and southern Europe – Germany, France and Spain and to the east in Ukraine, Romania and Bulgaria.

Suitable breeding habitat –
The mountain pine grows spontaneously in the mountains, between 1500 and 2700 m (with an optimum between 1600 and 2300 m, i.e. in the subalpine plain).
In the Eastern Alps it is present in rocky areas up to 400 m.s.l.m. (e.g. in the National Park of the Belluno Dolomites, Tarvisano) then pushing up beyond the limit of the arboreal forest vegetation. Lover of light and cold, it has multiple and varied morphological aspects, traditionally united in the Pinus montana group, of which some subspecies are distinguished – by some authors described as a species in their own right – ranging from pinus mugo, bushy and prostrate, to pinus uncinata, conical-arboreal, with intermediate versions between the two (so-called frutescens erecta form). It prefers partially consolidated detrital soils, for example at the base of scree or dejection cones (the pinus mugo form in particular is predominantly calcipilous and its branches provide useful protection against avalanches and avalanches, slowing the sliding of snow masses on the most slopes of the valleys).

Propagation –
The mountain pine, with its subspecies, is a plant that prefers calcareous soils and very resistant to cold, able to tolerate temperatures down to about -35 ° C when it is completely dormant.
It requires a sunny position and prefers sandy or gravelly soils, light and well drained.
It is a plant that tolerates strong winds even from the sea.
It propagates by seed which is to be sown in single pots in cold seedbeds as soon as it is ripe, otherwise, if this is not possible, at the end of winter. A short stratification of 6 weeks at 4 ° C can improve the germination of stored seeds.
The transplant must be done as soon as possible as the plants have a root system that is affected by this operation. Trees should be planted in their permanent positions when they are small enough, between 30 and 90 cm but in fact it is recommended to do this when they are about 5 – 10 cm tall.
The transplanted plants must be protected especially in colder climates with mulches also to protect them from weeds.
It can also be reproduced by cuttings but it is a method that gives some results only if these are taken from very young trees under the age of 10 years. Single leaf fascicles with a short shoot base should be used. The cuttings, however, are usually slow to grow.

Ecology –
The mountain pine is a pioneer plant and stabilizer of sterile, incoherent and stony soils, where, by fragmenting the winter snowpack, it also helps to protect the valley floors from avalanches, therefore very useful even if ecologically linked only to the mountain altitudes. It offers shelter and refuge to many animal species, including the black grouse and the crossbill, among the birds, and the chamois, among the ungulate mammals, which is almost semi-symbiotic with the species, whose shoots and needles it feeds over the seasons. more ungrateful.
A mountain pine forest is called mugheto.
In Italy this species has been included in the list of spontaneous medicinal plants subject to the provisions of the law of January 6, 1931 n. 99. From its green twigs, not yet lignified, the essential oil of moan is extracted.