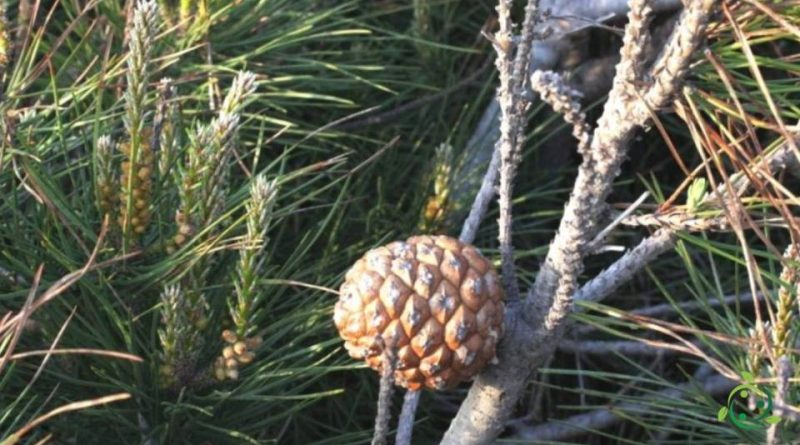 Reproduction of the Stone Pine

The stone pine (Pīnŭs pīnea L., 1753) is a conifer of the Pinaceae family widespread in the Mediterranean basin, especially on the northern coasts, in particular along the Italian coasts, where it forms vast woods (pine forests).

Suitable breeding habitat –
The stone pine is a plant native to the Mediterranean coasts, it is widespread in Italy where it is present from the Lauretum to the warm sub-area of ​​Castanetum.
This species of pine lives in the Mediterranean coastal areas; the original area was probably in Corsica and Sardinia, but it has been cultivated for almost 6000 years for the seeds which have also become a bargaining chip. It forms coastal woods called pine forests, where it lives in association with other plants of the Mediterranean scrub. It prefers acid reaction volcanic rocky soils, including cliffs in coastal or inland areas. Widespread in lowland volcanic and deep hilly soils (pozzolanic soils in Rome and Naples), rich and well draining where it has a very high growth rate. It does not adapt well in too humid areas and with clayey and heavy soils (risk of iron chlorosis and stunted growth) where the root system does not adapt sufficiently and is more subject to falls following strong winds. Although resistant to frost, its structure and the soft wood of the branches do not allow this species to support snow loads on the foliage with the risk of breaking branches or, in the most serious cases, with the fall of the tree itself.
In Italy it is cultivated everywhere, with the exception of the mountainous areas and, moreover, it has naturalized in southern Africa, where it is considered invasive, and commonly planted in California, Australia and western Europe, up to southern Scotland.

Propagation –
Pīnŭs pīnea is a plant that grows well in the Mediterranean region, characterized by hot, dry summers and cool, wet winters. It is not a very cold resistant plant, managing to tolerate short periods with temperatures as low as about -10 ° C when it is completely dormant; moreover this species can tolerate occasional lows down to about -18 ° C.
Pine species in general require a sunny location to grow well and prefers light, well-drained sandy or gravelly soil.
Propagation occurs by seed. The seed should be placed in single pots in an unheated environment as soon as it is ripe, if this is possible, otherwise it should be sown at the end of winter. A short stratification of 6 weeks at 4 ° C can improve the germination of stored seeds.
The seedlings must be transplanted in the open field as soon as possible as larger plants are affected by the transplant phase. In colder climates it is recommended to give the seedlings protection for the first two years.
The transplant must be done early as the larger plants are affected by the breakdown of the root system.
The trees should be planted in their permanent positions when they are quite small, between 30 and 90 cm but it is recommended to transplant them as soon as possible.
Remember that cones can take up to three years to mature and can stay on the tree for several years without opening. The seeds are dispersed by birds (also eaten by rodents) or may disperse after the fire has burned the undergrowth and its heat has helped to open the cones.

Ecology –
The stone pine has an unmistakable, semi-spherical crown of a beautiful dark green. Already planted in the times of the Etruscans and the ancient Romans (Virgil called it “pinus pulcherrima”), it constitutes an element of singular value in the Mediterranean landscape, which stands on ridges in dominant positions, which appears in groups of specimens in parks and gardens , or that it has been planted in straight rows (a fact that is often found in the Tuscan countryside near the sea).
The stone pine is a heliophilic species; it prefers sandy, loose, deep, non-calcareous soils, and average annual temperatures around 10 ° C. Vegeta along the coasts up to 800 m of altitude. It forms pure woods, or is found in association with other species such as the Aleppo pine, cypress, English oak, holm oak.
The wood, not very valuable, is used in carpentry and joinery. Domestic pine is grown mainly for the production of pine nuts, which are widely used in the confectionery and pharmaceutical industries for oil extraction. The bark provides tannins and dyes. Stone pine also produces good quality resin.