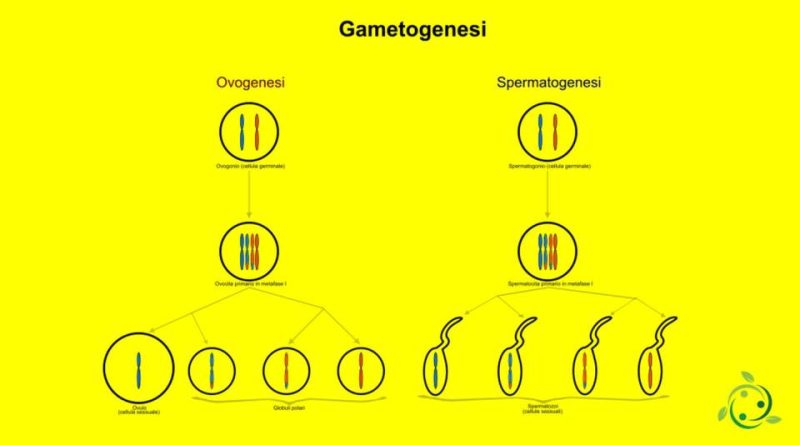 The term gametogenesis, in zoology, refers to the process of formation of the male and female gamete, that is the cell with haploid chromosomal makeup which, joining a couple (gamia) in the act of fertilization, gives rise to a new individual. The two gametes can be the same (isogametes), as in many unicellular organisms, or different (anisogametes), as in most organisms. In higher animals, the female gamete or macrogamete is the egg, the male gamete or microgamete is the sperm or sperm.
Gametogenesis takes place in the gonads and leads to the formation of gametes, that is, mature sexual cells, capable of fertilizing or being fertilized. Gametes are formed at puberty but their derivation goes back to the primordial sex cells (gonocytes), in which the first acts of the gametogenesis process take place during embryonic life. Gonocytes originate around the twenty-first day of fetal life from the endoderm of the yolk sac near the allantoid. After their differentiation they migrate, during the fifth week of fetal life, in the genital crests which are in the proliferative phase and form irregular cords, called primitive sexual cords. In this period the male gonad is indistinguishable from the female one: for this reason this phase takes the name of indifferent gonad. Only towards the seventh week of fetal life do the gonads acquire the male or female morphological characteristics, becoming respectively testes or ovaries (this differentiation depends on the factor of determination of the testis located on the short arm of the Y chromosome).