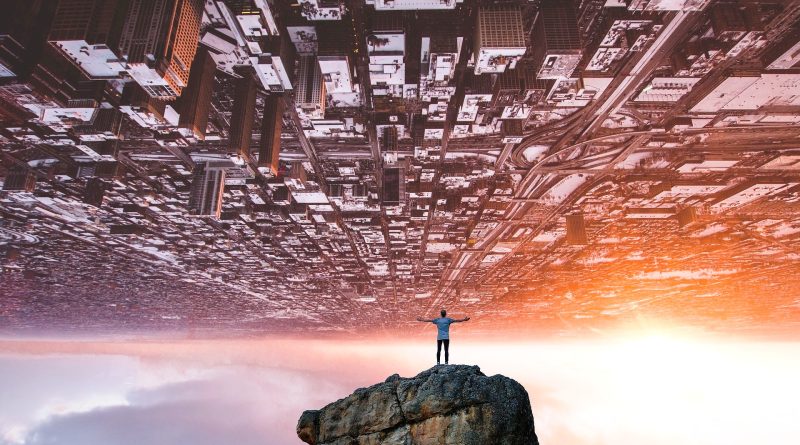 Food of the future – insects or plants?

Faced with the increase in the world population, the question increasingly arises of how to feed it in the years to come.
To answer this question, however, as usual, we cannot make simplistic considerations (to be understood in the manner of tweets or Facebook posts) as it is a complex matter that needs a series of data, information and, hence, considerations.
In this contribution, even with the need for the summary necessary for a popular article, we will address the whole question.
Let’s start with the population estimates from now to 2100.
The United Nations, as early as 2019, predicted that population growth would continue further, bringing the population from the current 7.7 billion people to about 11 billion by 2100. In 2014, another forecast was published, led by scientists of the Iiasa (International Institute for Applied System Analysis), according to which the world population will reach a peak of 9.4 billion people around 2070 and will drop to 9 billion by the end of the century.
For the sake of completeness of information (and hypotheses) another subsequent report, published by the same group in 2018, corrected the projections to a peak of 9.8 billion around 2080, and a further update estimated a population of 9.7 billion. of people in 2070.
Another article, published in 2020 by experts from the Institute for Health Metrics and Evaluation (IHME), estimated the peak at 9.7 billion people in 2064, followed by a decline to around 8.8 billion by 2100. According to this, work several countries, including Italy, Japan, Thailand and Spain will see their population halve by the end of the century.
Well, these scenarios, albeit with the necessary divergences, still lead to data in which peaks are hypothesized after the middle of the century and a decrease by the end of the century.
At this point, the first consideration to make is whether our planet has sufficient arable land to feed (in the worst case scenario) 11 billion people.
To draw useful data, it is necessary to start from the UAA (Utilized Agricultural Area) at a global level; leaving out here the SAT (Total Agricultural Area) which, due to a restrictive hypothesis, we are not going to modify.
According to the latest UN reports, compared to the total surface area of ​​land (about 15 billion hectares), the UAA represents about one third of the total, or roughly 5 billion hectares, of which:
– 3.4 billion hectares for grazing (including mountain pastures);
– 1.4 billion hectares of arable land;
– 140 million hectares of permanent crops (orchards, palm trees, vineyards, tea or coffee crops).
In recent decades, despite the clearing and cultivation of vast forest areas in Brazil, Africa and Indonesia (between 12 and 13 million ha per year), the surface of arable land has remained almost constant, starting from from the seventies of the twentieth century, due to the losses that occur due to the salinization of irrigated areas, impoverishment and loss of agricultural land and the advance of urbanization.
Therefore, to understand whether the UAA is sufficient to ensure food (in a sustainable manner) for the entire world population, complex calculations must be made (which I am saving you here) which must however be based on a series of parameters:
– Average nutritional requirement for each person;
– Average yields of arable land;
– Water availability;
– Availability of fertilizers;
– Energy availability for agricultural production;
– Etc..
If all these data are processed, more than half of the estimates, however, fall between 4 and 16 billion people, and some estimates go well beyond 16 billion people.
The difference between the estimates is obviously very dependent on the development models adopted and the lifestyles of some countries.
Those that propose scenarios based on the current lifestyles of Western countries (such as the United States, Europe, Japan, etc.) are very low; those based on different lifestyles (which does not equate to poverty criteria) rank much higher.
Let’s say right away that the food capacity of the planet goes far beyond 11 billion people and is around 30 billion people (see calculation). Obviously this data changes considerably if the production method is of the intensive type (massive use of fertilizers, water, energy, etc.) or of the extensive type. But the scenarios (see Entropy by Jeremy Rifkin from 1980) tell us (and here complex thermodynamic calculations come into play) that the more we push on the increase in unit yields (intensive agriculture) the more we lose in the overall performance of the system. It is like when we push a car beyond a certain speed and even if we increase the speed, consumption worsens exponentially (yield curve).
In the meantime, this first figure tells us that, in accordance with what has been stated by the FAO in recent times, that food can be guaranteed for everyone on the condition that the method for producing it is changed.
Monocultures, specializations, indiscriminate use of fertilizers, water waste, food distribution over long distances, etc. they are criteria energetically (as well as scientifically and therefore technically) obsolete and the result of mercantilistic and commercial needs.
We must move from agriculture based on high yields to that on high yields.
In a nutshell, we need to move from post-green revolution agriculture (to be clear, the great art of that set up with the Common Market after the 1958 Treaty of Rome) to Agroecology (the one envisaged with the Farm to Fork of 2020 and already implemented in Sicily with the Regional Law 21/2021).
There is an abyss between the two models, not only from the conceptual point of view but, obviously, also from the scientific and therefore technical and technological and, last but not least, social point of view.