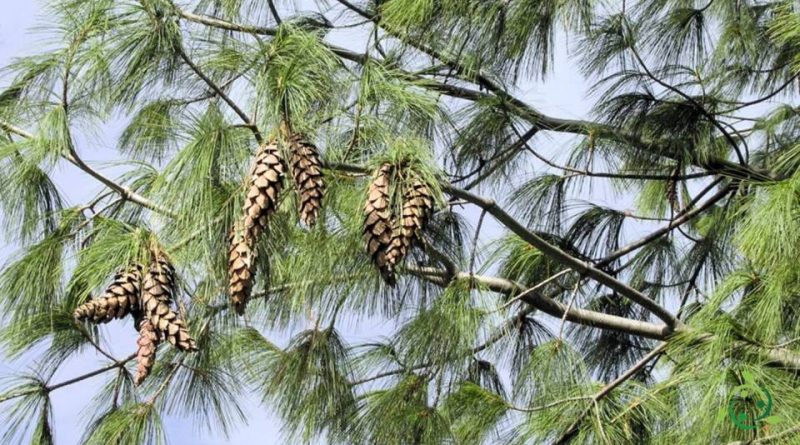 Reproduction of the Himalayan Blue Pine

The Himalayan Blue Pine (Pinus wallichiana A.B.Jacks., 1938) is a tree of the Pinaceae family.

Suitable breeding habitat –
Pinus wallichiana is an evergreen conifer native to the Himalayan, Karakoram and Hindu Kush mountains, from eastern Afghanistan in the east through northern Pakistan and northwestern India to Yunnan in southwestern China.
Its natural habitat is that of the mountain valleys at altitudes of 1800-4300 m (rarely at 1200 m), reaching 30-50 m in height. It prefers a temperate climate with dry winters and humid summers.

Propagation –
Pinus wallichiana is not a very cold hardy plant, being able to tolerate short periods with temperatures down to around -10 ° C when completely dormant.
This species prefers sandy or clayey soils rather than calcareous ones while it does not like poorly drained or shady soils.
It also grows best in locations sheltered from strong winds and is relatively tolerant to air pollution.
It is a fast growing tree with a relatively short life span.
Propagation occurs by seed. It is advisable to sow the seed in individual pots in a protected, unheated environment as soon as it is ripe, if this is possible, otherwise at the end of winter. A short stratification of 6 weeks at 4 ° C can improve the germination of stored seeds.
The transplant in the open field should be done as soon as possible but it is advisable to protect the young plants for the first two winters.
The trees should be planted in their permanent positions when they are quite small, between 30 and 90 cm but in reality it is recommended to transplant them when they already reach a height of 5 – 10 cm as in this phase the damage to the root system is minimal. . After transplanting it is recommended to mulch the soil with planting material to protect young seedlings from weeds.
It can also be propagated through cuttings but this method only works if they are taken from very young trees under the age of 10 years. Single leaf bundles with a short shoot base should be used and shoots removed a few weeks before taking cuttings.
However, the cuttings are slow to grow.

Ecology –
Himalayan Blue Pine typically grows in mountain scree and wide glaciers, but also forms primary forests or mixed forests with deodar, birch, spruce and fir. In some places it reaches the maximum growth line of trees.
In its habitat it is found in the valleys and in the foothills at altitudes of 1800-3900 m, sometimes in pure populations but often in association with conifers including Cedrus deodara, Abies pindrow, Picea smithiana and Juniperus excelsa subsp. polycarpos, and with broadleaf species including Quercus semecarpifolia, Betula utilis, and Acer and Ilex species. It can also be associated with other pines such as: Pinus kesiya and P. roxburghii. He is intolerant of the shade.
This plant was imported to Europe for ornamental purposes in the mid 19th century.