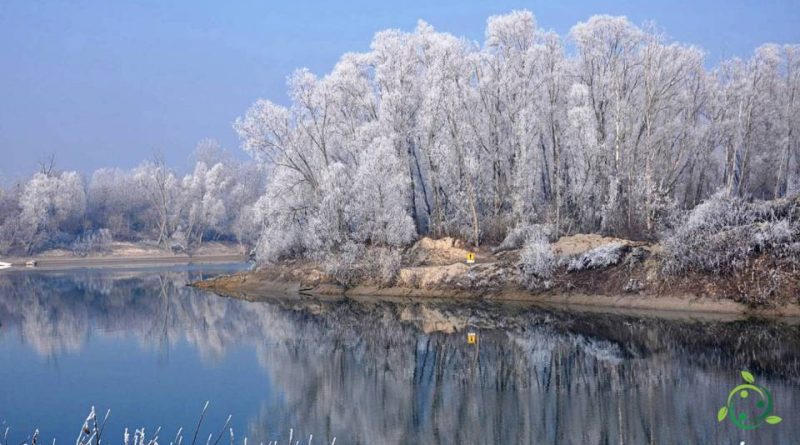 With the term rime, we mean the white and rough deposit of ice crystals, which forms at temperatures below zero, when the water particles contained in clouds or mists come into contact with solid bodies.
The rime is, therefore, a meteorological phenomenon which consists in a real form of atmospheric precipitation consisting in a deposit of ice in the form of needles, flakes or continuous frozen surface on external objects that can occur in the presence of fog when the temperature of the air is clearly below 0 ° C.
The rime is a crystalline, opaque and white coating around solid surfaces; it is usually not very hard and can be easily shaken off.
The phenomenon that leads to the formation of the rime is due to the fact that the droplets of water suspended in the atmosphere can remain liquid even below zero (supercooled state). The rime phenomenon is the transition from water vapor to ice, which occurs not only on the ground, but also on trees, house roofs, cars, etc.
The rime phenomenon, which then manifests itself in the form of ice on plants, also finds applications in the agronomic field.

This phenomenon is useful for preserving plants from freezing by exploiting the release of the frost heat in the process of solidification of the liquid water sprayed on the plants. In fact, during the entire passage of liquid-solid state due to the release of the aforementioned heat, the water-ice temperature remains constant at 0 ° C while that of the air can also be several degrees below zero. At the end of the change of state, however, also the ice formed on the plant quickly reaches thermal equilibrium with the air temperature at various degrees below zero, the same that the plant would inevitably have undergone without the aforementioned treatment.
This technique, which, theoretically, is not harmful in itself, is useful in case of night frosts and daytime thaws by decreasing the exposure time of the plant to sub-zero temperatures (especially in the critical spring period), but in the long term, i.e. in persistent frost conditions even during the day and for several days, it is ineffective. Damage to the plant can also be created on the shoots with the increase in volume of the water that solidifies and for this reason it is necessary to be careful in its practical implementation.