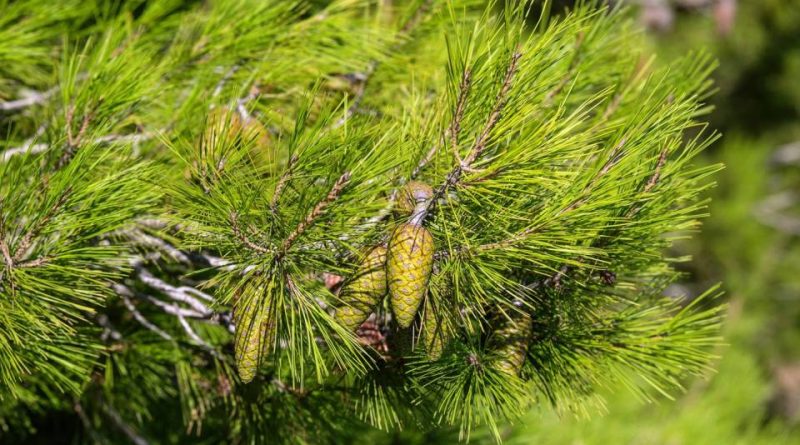 Reproduction of the Aleppo Pine

The Aleppo pine (Pinus halepensis, Mill. 1768) is a conifer native to the Mediterranean area and present from the Iberian Peninsula and Morocco to Lebanon and Syria. Along the coasts of Italy there are very frequent pine forests of Aleppo pine rich in Mediterranean scrub.

Suitable breeding habitat –
Aleppo pine is a thermophilic plant that is extremely resistant to drought. In nature it occupies the southernmost area of ​​the three Mediterranean pines but goes as far north as southern France, central-southern Italy, Croatia (Istria and Dalmatia), coastal regions of Montenegro and Albania. Particularly frequent in Spain and Greece, it is also found in Morocco, Libya and in the countries of the Near East such as Syria (hence the name Aleppo), Jordan and Israel. While in the northernmost areas it is found on the coasts and up to 200 m, in the southern areas it is found up to 1000 m in southern Spain and even almost 2000 m in the mountains of Morocco.
In Italy it is one of the most numerous tree species, present in nature in the Gargano National Park, in the coastal areas of central-southern Italy (in relict populations, in a rocky and calcareous environment), typically in streams of coarse debris, in some coastal areas of the Liguria (Balzi Rossi, Caprazoppa promontory, Capo Noli, Portofino park, Montemarcello-Magra-Vara Regional Nature Park), in the lower valley of the Nera river, in the Marche and Sicily (Pino d’Aleppo nature reserve ), on the Trieste coast (pine forest of Santa Croce), in the north-western area of ​​Sardinia (Alghero, Porto Conte Regional Natural Park), and in the South-West of Sardinia on the island of San Pietro and in the place called “Porto Pino “, in the municipality of Sant’Anna Arresi; but it is also cultivated in other areas (especially coastal areas) as an ornamental species, as in the rest of the Mediterranean basin. It is also grown in California.

Propagation –
Pinus halepensis is not a very cold hardy plant, being able to tolerate short periods with temperatures as low as around -10 ° C when completely dormant.
However the plants become more resilient with age, some older specimens in southern Britain are known to withstand temperatures as low as -17 ° C without damage.
This plant requires a sunny position to grow well and light, well-drained sandy or gravelly soils; it tolerates heavier and humid soils poorly while it tolerates poor chalky soils well.
It is a fairly wind-resistant plant.
Pinus halepensis propagates by seed which must be sown in individual pots in an unheated environment as soon as it is ripe, otherwise at the end of winter. A short stratification of 6 weeks at 4 ° C can improve the germination of stored seeds.
When the seedlings have reached the size to be handled, they must be immediately transplanted in the open field and protected (especially in colder climates) for the first two winters.
Remember that this species has a very sparse root system so the sooner they are planted in their final positions, the better they grow.
In general the seedlings should be planted in their permanent positions when they are quite small, between 30 and 90 cm maximum, but it is recommended to plant them when they are already about 5 – 10 cm tall.
In this case, it is advisable to mulch the area with plant material to prevent the grass from suffocating the growth of young seedlings.
Another method of propagation is by cuttings. This method only works if the cuttings are taken from trees that are very young and under 10 years of age. Single-leaf portions with the base of the short shoot should be taken; it is advisable to eliminate the shoots a few weeks before taking the cuttings.
The cuttings, however, are usually slow to grow.

Ecology –
The Aleppo pine is among the most emblematic trees of the Mediterranean districts.
Its formations are present from North Africa (mainly Tunisia, Algeria, Morocco) to southern and Mediterranean Europe (Spain, France, Italy, ex-Yugoslavia, Albania, Greece) and to the countries of Asia Minor (Turkey, Lebanon, Syria , Israel). These pine forests are more extensive in the southwestern section of the Mediterranean basin. Altimetrically, they are present from the coasts to the mountain horizons, as happens in the Saharan Atlas, where they reach 1500 meters.
As regards the vegetational aspects of the Aleppo pine in Italy, the various phytosociological studies, relating above all to southern Italy, Sicily and Sardinia (De Marco et al., 1984; De Marco and Caneva, 1984; Bartolo et al., 1985; Corbetta et al., 2004; etc.) made it possible to identify different plant associations, depending on the pedological characteristics and the geographical gradient.
The pine forests in Aleppo pine are of considerable importance from an ecological, biogeographical, landscape and silvicultural point of view; they also represent, as they are often relict phytocenoses, a real genetic reservoir that is indispensable for maintaining biodiversity. It is therefore essential to preserve the integrity of the residual spontaneous formations and correctly manage the pine forests of anthropic plant, which constitute a great historical and naturalistic heritage, still threatened today by the impact deriving from indiscriminate urbanization and disordered tourism, especially for the coastal areas.