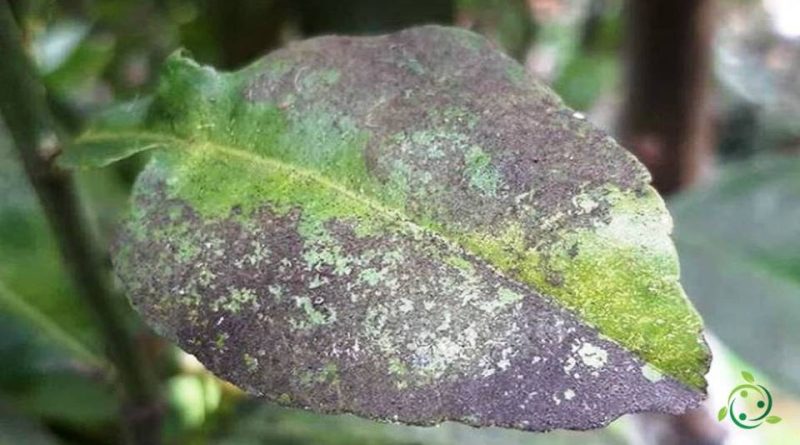 The term fumaggine means the blackish coating that covers the leaves or other parts of a plant.
Smoke is caused by saprophytic fungi that develop on insect secretions or caused by fungi that attack plants that are already weakened or that develop under certain adverse conditions.
Smoke is therefore a plant disease caused by the development of saprophytic fungi on glucose substrates present on the surface of plants.
Various fungal species belonging to various genera cause smokiness: Capnodium, Cladosporium, Antennariella, Alternaria, Torula, Aureobasidium, etc.
These are fungi which, being saprophytes, have no trophic relationship with the plant, which represents only the support on which they develop.

The food substrate is instead the honeydew produced by insects such as: Rincoti Homoptera, Aphids, Aleirodidi, Cochineals, Fulgorids, etc.
The fumaggine initially appears as a blackish felt, increasingly dense, consisting of the mycelium that develops on the plant organs (leaves, buds, fruits) soiled by the honeydew. Subsequently the felt thickens and becomes crusty. The felt cover is quite resistant: it is not washed away by water, while it can be removed with some difficulty with rubbing and the application of detergents.
The presence of fumaggini on the plants, especially on the leaves of the same, cause direct damage: by removing the mycelium it can be seen that the underlying tissues do not show alterations, unless they are produced by weeds. The damages are however not negligible because they affect the production in both quantitative and qualitative terms and due to decreased production (due to a lower photosynthesis) and qualitative order due to fruit depreciation.