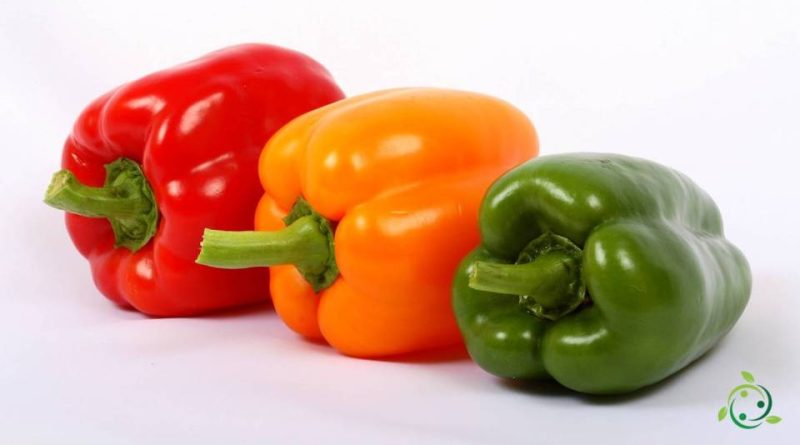 The term pepper refers to the berry obtained from some varieties of the most cultivated species in the world (Capsicum annuum L.). This plant is used as a vegetable and vegetable.

Features –
Sweet pepper, together with hot peppers, is one of the varieties of Capsicum annuum and is, as mentioned, the most cultivated in the world among the five main species of the Capsicum genus. In addition to many cultivars, it also includes C. annuum var. aviculare (chiltepin), considered by many to be the wild subspecies closest to the common ancestor of all species, which evolved between Brazil and Bolivia, as it boasts the largest range: Peru, the Caribbean, Argentina, reaching as far as Texas, Florida, California, Louisiana and Arizona.
It was the Aztecs who, by the time the Spaniards arrived in Mexico, had developed dozens of varieties of C. annuum, according to the historian Bernardino de Sahagún who lived around 1529.
Currently C. annuum is the main cultivated species in China, Korea, India, Italy, Mexico, the Malaysian archipelago, Hungary.
The varieties of peppers differ in the shape of the fruits that can have elongated, conical, prismatic and even globe conformation, smooth or ribbed surfaces, colors from green to violet and a taste that can be both acrid and sweet.

Property –
Sweet pepper, thanks to the high content of vitamins, minerals and antioxidants, has a beneficial effect on heart health. Lowers bad LDL cholesterol levels, raises good HDL cholesterol levels and improves blood pressure. It is therefore excellent in the prevention of cardiovascular diseases such as heart attacks, strokes or thrombosis.
Therefore, the consumption of sweet pepper helps to protect health by stocking up on antioxidants. In particular, sweet peppers are a source of manganese and selenium (cofactors for enzymes with antioxidant action), vitamin A (important for the health of skin, mucous membranes and sight), vitamin E and vitamin C (ally of the immune system) . Furthermore, vitamin C is involved in the synthesis of collagen and therefore promotes good health of the skin, blood vessels, bones and other organs and tissues. The vitamins of group B, on the other hand, favor good metabolism; in particular, folate favors the correct development of the nervous system during gestation. Finally, potassium helps protect cardiovascular health.