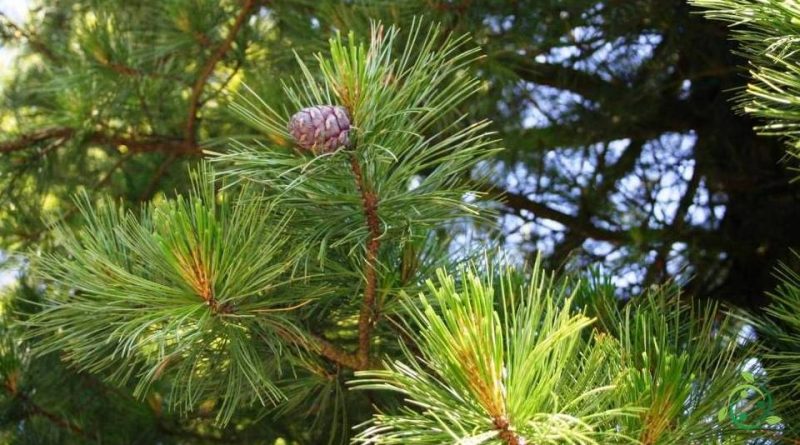 Reproduction of the Swiss stone pine

The Swiss stone pine (Pinus cembra L., 1753) is an evergreen coniferous tree of the Pinaceae family.

Suitable breeding habitat –
Pinus cembra is a plant native to the mountains of central Europe (Alps, Carpathians, Tatras) and is the only 5-needle pine spontaneously present in Europe.
It is present in disjunct areas, with the main range in central Siberia and disjunctions on the Alpine arc plus two areas in the Balkans and in central Europe. It grows from 1200 meters above sea level up to the upper limit of the subalpine conifer woods, finding optimal conditions between 1600 and 2100 (even going up to 2,500) m above sea level, it prefers acid reaction soils, but can also live on limestone substrates acidified or washed away on the surface by the action of rainwater.

Propagation –
For the propagation of Pinus cembra, it should be borne in mind that it is a plant that tolerates cold and windy climates at high altitudes well, withstanding temperatures down to about -30 ° C.
It grows best in climates where there is a sharp transition from winter to spring.
This plant also requires a sunny location to grow well on organic soils with an accumulated layer of litter and moss. It also has the ability to assert itself on mineral soils or even on rocky surfaces.
It is a slow growing tree, it can live long with some specimens known to be over 1,000 years old.
Propagation occurs by seed, which is not produced before the age of 30, and it is best to sow in individual pots in a cold seedbed as soon as it is ripe, if this is possible, otherwise at the end of winter. A short stratification of 6 weeks at 4 ° C can improve the germination of stored seeds.
Once germinated, the young seedlings must be transplanted in the open field, taking care, however, to protect them for the first two winters.
Transplants with larger plants have difficulty in taking root.
Propagation can also be attempted through cuttings.
However, this method only works if the cuttings are taken from very young trees under 10 years of age. It is recommended to use single-leaf portions with the base of the short shoot. The shoots will have to be removed a few weeks before taking the cuttings. However, the cuttings are slow to grow.

Ecology –
The stone pine is a slow-growing but long-lived conifer and grows naturally in the highest forest belt of the mountains of the continental Alps, as well as in the higher regions of the Carpathians. In its natural environment, it has an important protective function in reducing soil erosion and avalanches. The tree has large, edible seeds that are tasty and rich in nutrients.
Although it is a slow-growing plant and therefore may be subject to the invasion of other plants, it is more suited to the harsh higher subalpine climatic conditions than any other European tree species, which makes it useful for afforestation at high altitudes.
The wood is of good quality and highly prized for traditional carvings, paneling and furniture. However, its slow growth and irregular shape limit its use, so only small quantities of wood are marketed.
It can form mixed woods with spruce, larch or even pure woods, particularly valuable, such as the famous Bosco dell’Alevè in the Varaita Valley, in the Cottian Alps. In Piedmont it is present in the Cottian and Maritime Alps (in the Varaita, Gesso, Maira, Stura, Susa, Chisone, Pesio valleys) while it is rare in Val Sesia and Ossola. It forms pure cembrete (1,500 hectares) and mixed with larch (3,500 hectares) or with spruce; in the past it was eliminated to make room for the grazed larch forest, today it is slowly recovering. In Lombardy it is widespread in the Bormiese and Livignasco areas, where it forms both mixed woods with larch and pure woods, such as the cembreta di Valfurva, while it is present only in mixed woods in the upper Val Chiavenna, Val Malenco, upper Val Camonica and Adamello , rare on the Orobie. In Trentino it is widespread mostly in mixed woods in the upper Val di Pejo, Val di Fumo, upper Val di Fassa, Val Travignolo and the Lagorai chain. In South Tyrol it is present throughout the province, but forms pure woods especially in the Dolomites in Val Gardena, Val Badia and Alta Pusteria. In Veneto it never forms pure woods but participates in mixed formations with larch and spruce, going east to the Misurina basin and south to Passo Giau, Passo Falzarego, Passo San Pellegrino and Passo Valles. It is missing in the woods of Friuli as a consequence of the humid climate of the Carnic and Julian Alps.