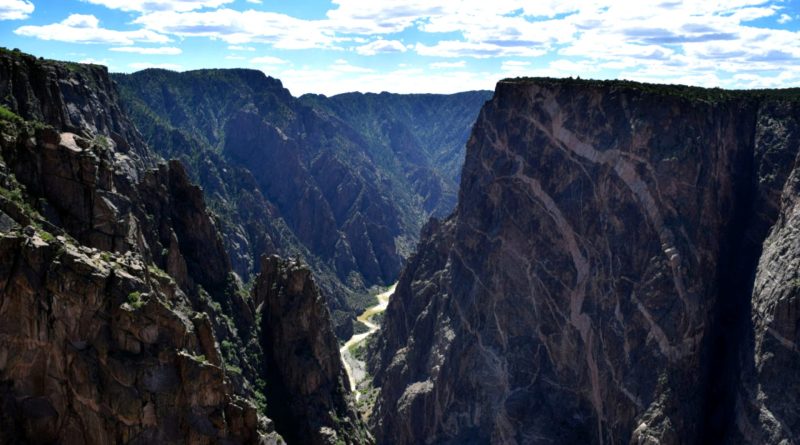 Black Canyon of the Gunnison National Park, whose WDPA code is: 366044, is a United States of America national park located in Colorado.
This park has a land area of ​​122 km² and was established on 21 October 1999.
This park is managed by the National Park Service.

Geography –
The This park is located in western Colorado, near the town of Montrose. The Gunnison River is approximately 77km long, but only 22.5km runs through the national park. The park is known for its incredibly narrow canyons, which have been carved out over millions of years by the Gunnison River which cut through the Precambrian metamorphic rock about 1.7 billion years old. The towering rock faces of foliate and schist gneiss flank the canyon walls and create beautiful rocky displays. Painted Wall, the most famous of these outcrops, stands approximately 685 meters high and is the tallest cliff in Colorado. The park was named for its cliffs which are often obscured by shadows, making the walls appear black. The canyon itself is so vertical that the Gunnison River averages 20 meters per kilometer and more than 115 meters per kilometer at its steepest point at Chasm View, making some of the steepest mountain descents in North America.

Geology –
The history of Black Canyon can be summed up in three words: grow, blow and flow. About 60 million years ago, a small area of ​​land rose (grows), carrying 1.8 billion-year-old metamorphic rocks to high altitudes. This is called the Gunnison Lift. About 30 million years ago, large volcanoes erupted on both sides of this uplift, burying it in volcanic rock (blow). Then, as early as 2 million years ago, the Gunnison River began to flow with force (flow). The river and time have eroded all of the volcanic rock and cut a deep canyon into the metamorphic rock below. What you see today is a deep, steep and narrow canyon: the Black Canyon of the Gunnison. 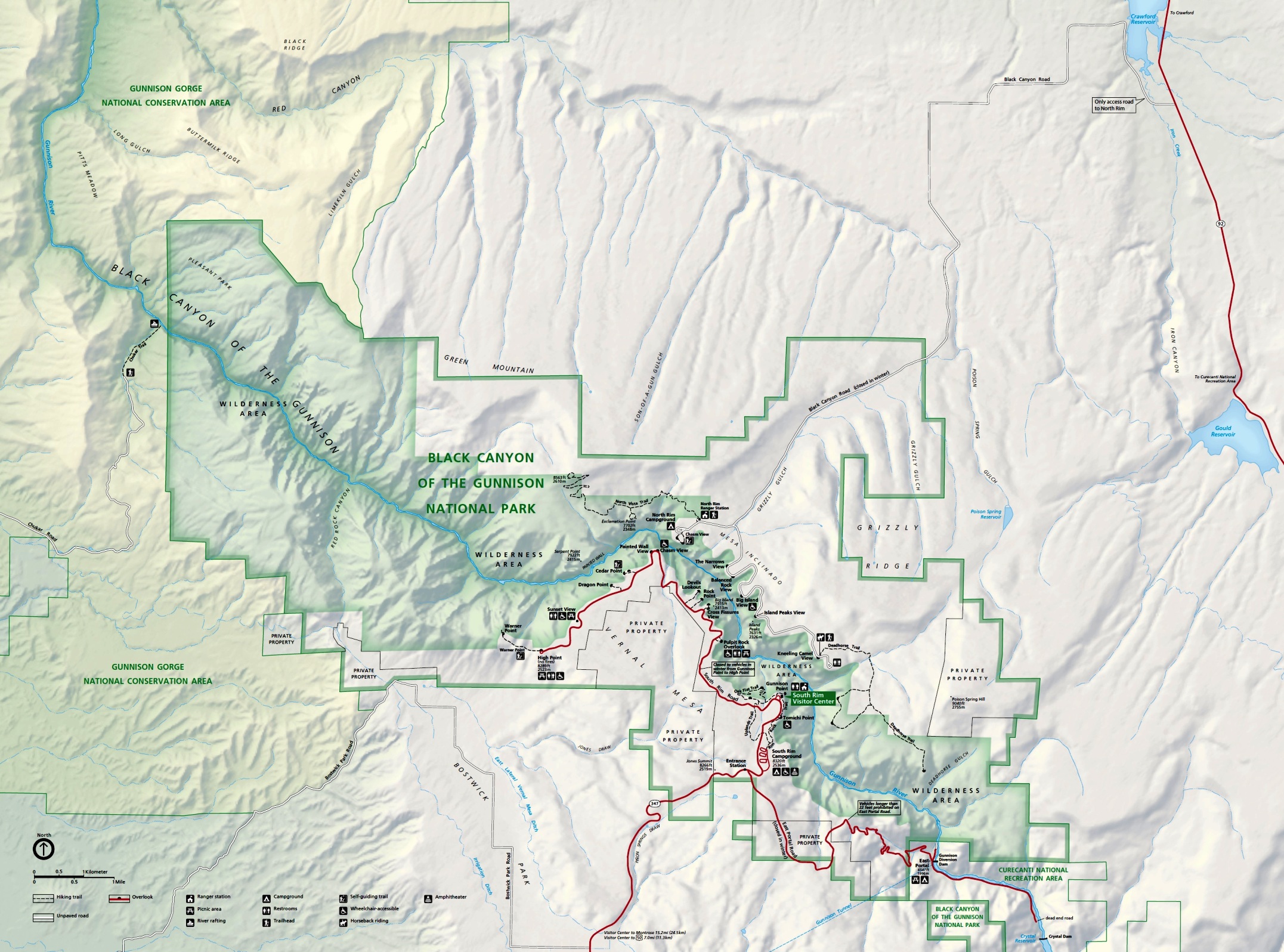 Climate –
In Black Canyon of the Gunnison National Park, summers are hot, dry, and mostly clear, and winters are short, freezing, snowy, and partially cloudy. Throughout the year, the temperature typically ranges from 16 ° C to 28 ° C and is rarely below 3 ° C or above 29 ° C.
The warm season lasts 3.5 months, from May 29 to September 14, with an average daily maximum temperature of over 28 ° C.
The cold season lasts 2.9 months, from November 23 to February 20.

Fauna –
Black Canyon of the Gunnison National Park wildlife includes black bear, bobcat, puma, coyote and then two species of eagles and eight species of hawks.
Other popular wildlife are: beaver, elk, mule deer, pronghorn, river otter, and raccoon.
The animals prove well adapted to the extreme conditions of the inner canyon.
Over 125 species of birds can be found in the park, many of which arrive as spring and summer migrants. The canyon is also home to over 46 mammal species, ranging from small voles to large black bears. Cold-blooded creatures have also carved out niches, with over 12 species of reptiles and amphibians inhabiting areas from the edge to the river.