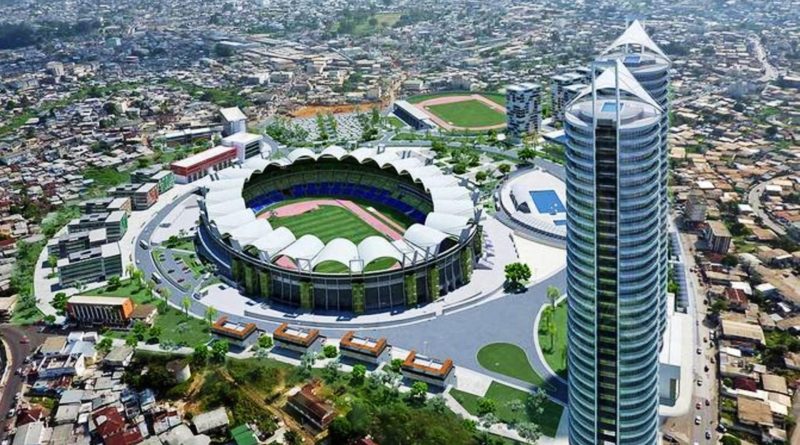 Gabon is a country in central Africa that borders Equatorial Guinea to the north and Cameroon, the Republic of Congo to the north-east, east and south, and the Gulf of Guinea to the west.
This country occupies an area of ​​267,667 km² and has a population of 2,119,275 inhabitants (as of 2018).
The capital of Gabon is Libreville with 578,156 inhabitants (as of 2005).
The official language of Gabon is French.

Geography –
Gabon borders Equatorial Guinea and Cameroon to the north, Congo to the south and east, while it faces the Atlantic Ocean to the west.
This territory, crossed by the equator, is mainly modeled on the pre-paleozoic crystalline base; in it it is possible to recognize three distinct morphological areas:
– the coastal strip of alluvial origin, indented north of Capo Lopez, lagoon and bordered by sandy banks south of the mouth of the Ogooué;
– the median section, including some high mountain massifs arranged symmetrically with respect to the Ogooué course that crosses them: to the north the Tembo mountains (1200 m) and the Cristallo mountains (890 m), to the south the Chaillu massif (1575 m) ;
– further east, the internal plateau engraved by the numerous tributaries of the Ogooué river. The drainage basin of this river, which has some spring branches in the neighboring Congo, covers almost the entire surface of the country.
The other rivers are the Gabon, which originates in the Cristallo mountains, and the Nyanga, which comes from the southern edges of the Chaillu massif.

Climate –
Gabon has a tropical climate, with a short dry and relatively cool season from June to August. In the central-southern part of the coast, reached by the Benguela current, the decrease in temperature at this time of the year is more evident. Furthermore, in the far south, the dry season becomes even longer, and runs from mid-May to mid or late September.
Temperatures undergo little variation during the year in the north and in inland areas; the hottest period is from January to May, when the maximums are around 30 degrees, while from June to September they decrease a bit, reaching around 24/25 degrees on the central-southern coast and 27/28 ° C in the inland areas .
Annual rainfall in much of the country ranges from 1,500 to 2,000 mm, but approaches 3,000 mm in the northern part of the coast where Libreville is located. In the inland areas of the north, near the Equator (see Bitam, Oyem, Makakou), there is also a relatively dry season from December to February, in fact, there are two rainy seasons, from March to May and from September in November, linked to the two passages of the sun at the zenith.
Much of Gabon is occupied by forests and mangroves, except the far east which is occupied by the savannah. There are several national parks, set up to defend the region’s biodiversity.
The average amount of sunshine is not very good, and it is even worse in the dry period, from June to August, when the sky is often cloudy. The relatively sunniest period is from December to February.
In inland areas, there are hilly areas, where the heat is tempered by the altitude. The highest peak in Gabon is Mount Bengoué, which is located in the north-east and is 1,070 meters high. In the center of the country we find the Chaillu Mountains, whose highest peak is Mount Milondo, 1,020 meters high. Flora-
Compared to other African countries, Gabon is implementing a policy of sustainable exploitation of its immense forest resources. The forest covers about 85% of the territory.
In this country there are large expanses of dense equatorial forests, which almost entirely cover its territory, while the central-southern plateaus are covered with savannah vegetation and the coastal areas bordered by impenetrable mangrove bands.
Unfortunately, one of the main problems with regards to forest resources is the illegal trade in timber which also affects Italy, one of the world’s leading importers of tropical timber.
In fact, in these forests there are over 7000 species of indigenous vascular plants. About 22% of these are endemic. New species are still being discovered such as the Cola lizae tree which was first described in 1987.

Fauna –
In the Gabonese forest live between 50,000 and 70,000 chimpanzees (most of the world population), about 45,000 gorillas and 60,000 elephants, as well as numerous other species of primates, other mammals and reptiles. In 2015, a lion was also sighted, declared extinct by the country in 1996, and the probable presence of a small sedentary group.
About 12% of the territory is protected and there are 13 national parks. Bushmeat is widespread (a term used to indicate the meat of wild land animals killed in tropical forests) which represents an excellent source of protein for a large part of the Gabonese, but it is not clear what impact it has on the number of animals, while it appears to be primate hunting decreased due to some Ebola outbreaks.
The great African fauna, which ranges above all in the savannah, is protected in the parks of Wongua-Wongué, Okanda and Petit Loango.
Gabon’s wildlife also faces a number of threats including logging and poaching. However, 11% of the country’s area is protected, as mentioned, by a network of 13 national parks established in 2002.
Gabon has important populations of many mammals including around 35,000 gorillas, 50,000 forest elephants, and 64,000 common chimpanzees. About a quarter of African gorillas live in Gabon. Other large mammals include the hippo, forest buffalo, bongo, and red river hog. A variety of monkeys are present, including the endemic solar-tailed monkey, the near-endemic mandrill and the white-collared managabey (here almost endemic means that most individuals of these species are in Gabon, but also live in neighboring countries). Carnivorous mammals include the leopard, the golden cat, and various jackals, mongooses, genets and civets. The West African manatee is found along coasts and major rivers while the humpback whale breeds offshore.
As for birdlife in Gabon there are 604 bird species (data from BirdLife International, 2013). None of these are endemic, but some such as Dja river warbler, Verreaux’s batis, African river martin, and black chin weaver are limited to central Africa and have only small ranges. The gray-necked picathartes and the Loango weaver are classified as vulnerable species by the IUCN.
Among the reptiles we remember a variety of snakes including the Gabonese viper. Sea turtles breed along the coast, especially the leatherback turtle.