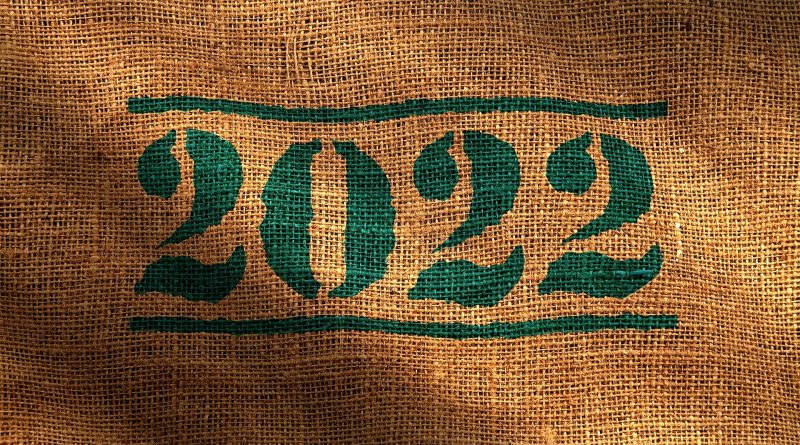 The arrival of each new year, both in the life of each person, with her birthday, and of the whole of humanity, is the opportunity to draw up a balance sheet.
But if the balance of the years completed by each individual belongs to the personal sphere, that of all humanity cannot be addressed individually.
We cannot personally address issues where we are all involved not as individuals but as a human family.
This statement might seem old and obvious, but its practical consequences are not at all.
Tackling social and, therefore, political issues as a human family substantially change the level on which we must move and indissolubly involve not only social but also ecological areas. It means moving from the perspective of the “Integral Ecology” so much referred to by the Encyclical “Laudato Sì”.
Tackling, therefore, the social question as a human family is the starting point for solving the unsolved issues related to the ecological and climate crisis, pardon the pun.
Up to now, attempts have been made (and unfortunately still are) to resolve this environmental crisis by not anchoring it to the correct Cartesian system, that is, that of social rights.
The environmental crisis is such because the economic and social system is in crisis. That liberalism that cannot solve human problems with various corrective measures, implementing updates of the type used in software, with the various versions, but with the rewriting of new rules which, in fact, mark the end of this economic ideology – financial.
In this sense, the ecological question is even first a question of global justice; a justice that must respect human rights and environmental rights at the same time, as children of the same Law.
This means that we cannot solve the ecological and climatic emergency without rewriting the economic rules which, in fact, are only the ultimate manifestation of socio-political rules.
The phrase attributed to A. Einstein who used to say “We cannot solve problems with the same kind of thinking we used when we created them is always useful.” Well the ecological question belongs to this category. Indeed, it is the problem that, once the modality is solved, will make ends meet with the whole equation.
Said in much simpler terms it means that if we do not find the value of the unknown we cannot mathematically solve the equation and the unknown is the socio-political system. Therefore, reasoning in algorithmic terms, it means that if the unknown factor used up to now (the liberal system) has caused such disasters, it is precisely this that needs to be changed.
Translated into even more understandable terms it means that this unknown has moved and still moves outside the level of the rules of Ecology (social and nature) causing imbalances, injustices, inequities, poverty, misery.
Here we could mention Aurelio Agostino d’Ippona, a Roman philosopher, bishop and theologian of North African origin but of Latin language.

Augustine had already clear (think we are shortly after 1400 AD) that a desire for human freedom could not be indulged, without preordained rules, without incurring serious consequences against Nature. He had already clear what he later affirmed, especially with the Enlightenment, that a life outside the knowledge of the rules of Nature could not coexist both in the person and in the whole of humanity.
This is equivalent to saying that if we build political systems that “pollute” or are “corrupt” with respect to the rules and principles of Nature, the whole of Nature will be negatively affected and, with it, that particle of it which takes the name of Humanity .
For this the Ecological Line must become one, indeed, the Moral question.
The Ecology line that becomes a moral question is the only Straight Line, which by reconstructing economic and political harmony allows us to realign ourselves with Nature.
The straight Ecological Line is therefore the only one able to find the value of the unknown that can solve the economic-political equation.
For this reason we cannot find any solution by operating this “ecological transition” without placing at the basis of this a social equity, without which violence continues to sow among peoples.
Put very clearly: not all the money from the PNRR or other structural funds will be needed, the Ecological Transition will not be of any use if this is not preceded by an Ecological Conversion; nothing will be profitable if we do not dictate rules that move along the Straight Line.
In this direction, the commitment to an authentic ecology of life belongs to everyone; no one can be called out, look the other way or blame the “politics” for errors that belong to us by inheritance received (the old unknown).
This is the case with food policies. Primary material asset of Humanity.
We continue to want to solve them using the “same kind of thinking” inherited from the liberal model. In these policies we make a great deal of confusion.
We talk about markets, prices, excellence, quality and so on, often giving improper epithets to these terms and ending up thinking and acting with the same principles of the liberal model that, perhaps, we hate.
For those who still do not have it clear, this way of thinking is precisely what generates that difference in potential that generates only producers and consumers and which, based on the level of the free market without rules (if not the “free” circulation of goods), it is the basis of dominant, colonialist models, often of deprivation of liberties and elementary rights.
The opulent West (but increasingly poor in nature and resources) got drunk on words such as “free market”, “competition”, etc. which instead contain an unprecedented rupture of the “Pact with Nature”.
Nature (and therefore Humanity in it) moves with different rules and contains inalienable principles.
On the horizon, however, we begin to see the first glimpses of a new era. Terms such as Circular Economy, Food Sovereignty, Social Ethics, and so on, are like the first glimpses after an era so dark that it was marked by genocide, the atomic bombs on Japan, the cold wars for dominance, etc.
Perhaps, to give hope to this new year, it is worth remembering the words of Paulo Coelho “The darkest hour is the one before sunrise”.
Perhaps, in the midst of a Covid 19 pandemic, which is the effect of this cause, it is worth reminding us that in this future, which has already begun, those who pollute, those who participate in the destruction of the harmony of life in secret, breaks the pact with the laws of Nature.
In this future, there is no more room for the accusers’ table, for an ecology without a “Straight Line”, for an economy with no evidence of relapses, but only for that of the accused (all, without exception).
We must work for a “liberalism” of human rights; all the rest is rhetoric and ambiguity.