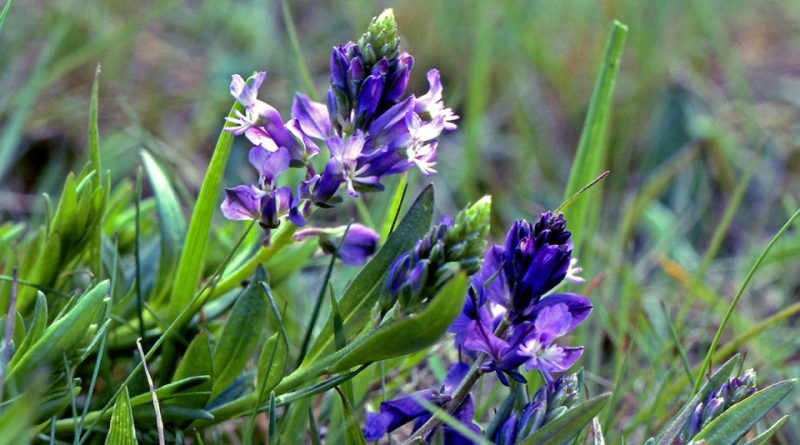 The common milkwort (Polygala vulgaris L.) is a perennial herbaceous species belonging to the Polygalaceae family.

Etymology –
The term Polygala comes from the Greek prefix πολυ- poly- many, many and from γἄλα gála latte: because it is believed that as forage it favors the production of milk.
The specific epithet vulgaris comes from vúlgus vulgo: very common, ordinary due to its widespread use, banal.

Geographic Distribution and Habitat –
The common milkwort is a plant that belongs to the “Eurasian” type, that is present throughout the northern hemisphere and widespread in Europe, including Great Britain and Norway and south to North Africa and Western Asia to Japan and the United States United (Oregon and Michigan).
In Italy it is common on the northern side while it is rarer in the center and south.
Its habitat is that of sunny grassy, ​​wooded or uncovered places, from the sea to the Alpine region and, in general, it grows up to 2200 meters above sea level. 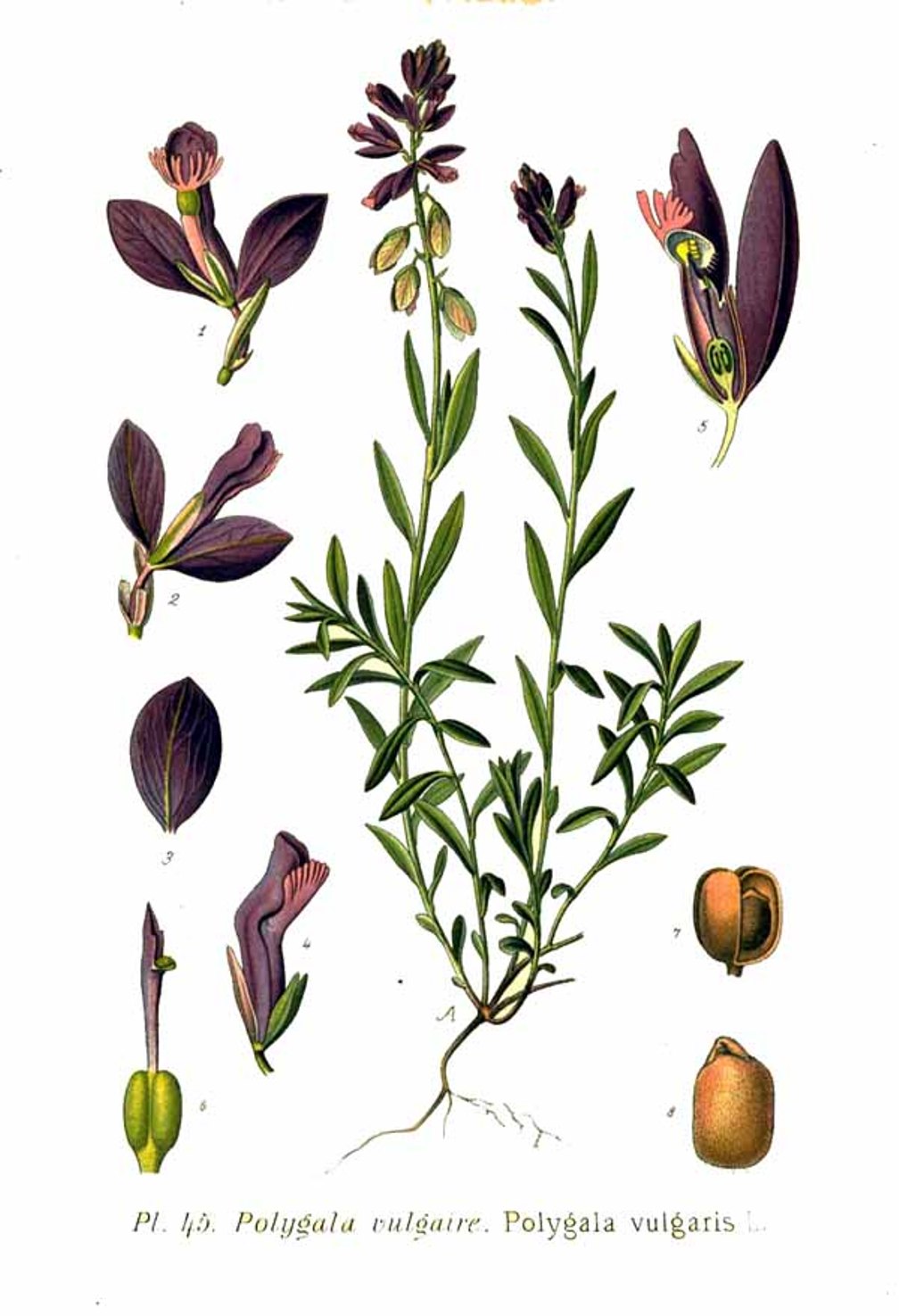 Description –
Polygala vulgaris has a more or less erect floral axis with few leaves and reaches an average of 7-35 centimeters in height.
The stems have many branches and are woody at the base.
It has alternate pointed leaves, almost glabrous, 2 to 4 mm wide and 10 to 20 mm long. The basal leaves are spatulate, with rounded apex, while the upper leaves are lanceolate.
The flowers are gathered in long terminal inflorescences. The color of the corolla varies between blue and purple, rarely it can occur in the purple forms. The three outer sepals of the flower are normally small, green and insignificant, while the two inner sepals are larger. The internal sepals are generally shorter than the petals. The stems of the eight stamens are joined together to form a tube, and joined to this tube, one on each side, we find two tiny petals. In the lower part of the flower is the third petal; it too is joined to the stamen tube, but is larger and more frayed.
The flowering period is from May to August.
The fruit is a loculicidal capsule of 5-5.5 x 3.5-4 mm, bilocular, with cordiform section, fringed, with wings of 0.2-0.3 mm and briefly petiolate. Seeds 2.5-3 x 1-1.2 mm, ellipsoid, with silky hairs; strofiolo with 1/3 long appendages of the seed.

Cultivation –
Polygala vulgaris is a perennial plant that is harvested in nature for local use as a food and medicine
It is a plant that prefers moderately fertile and well-drained soil that retains moisture, vegetating in full sun if the soil remains moist throughout the growing season, otherwise it prefers partial shade locations.
Propagation occurs by seed, with sowing in spring or autumn in an unheated seedbed. Once the young seedlings have emerged, as soon as they are manageable, it is recommended to have offspring in single pots and grow them in the greenhouse for their first winter. The transplant in the open field must be carried out in late spring or early summer and in any case after the last foreseen frosts.
It can also be propagated by cuttings of young shoots in a protected environment in late spring.

Customs and Traditions –
Polygala vulgaris is a plant that is used in the food and medicinal field even if it must be taken with limitation as, at high doses it could present toxicity.
For food use, the leaves are used as a tea substitute and are used to adulterate Chinese green tea.
This plant tastes bitter and has a reputation for increasing milk flow in nursing mothers, but this belief would actually seem unfounded.
Although little used in modern herbal medicine, the root and aerial parts of the plant contain triterpene saponins that promote the elimination of phlegm from the bronchi and therefore is a valuable herb for the treatment of respiratory problems such as chronic bronchitis, bronchial asthma and cough. whooping like whooping cough; it is also believed that the plant has sweat-inducing and diuretic properties.
In general, its medicinal properties are: galactogenic, toxic, bechiche, sudoriferous, cholagogue, diaphoretic, stomatal, antirheumatic and tonic. The antirheumatic action is given by the methyl salicylate released from the gaulterin.
Furthermore, a drug with an expectorant action is extracted from the roots (common property of some plants of the Polygalaceae family), used in the form of infusion, syrup or powder. Its pharmacological action is due to the increase in the secretion of fluid bronchial mucus which can be easily eliminated by coughing. At high doses it has an emetic effect.
The compounds present in the plant are: glucoside (gaulterin); sugar (polygaline); bitter substance (polygalamarine); saponins; mucilage; tannins; etc..