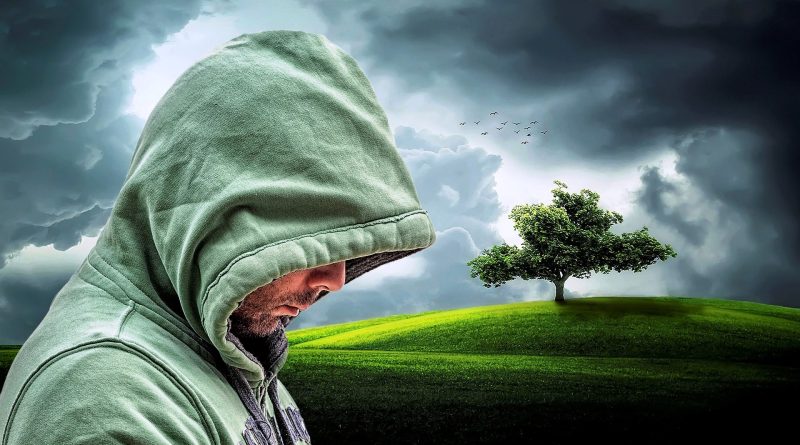 Without Integral Ecology there is no future

Is the crisis that current history is going through a phenomenon to which there is a solution or are we slowly but progressively moving towards the end of this civilization?
And, above all, what are the factors behind this?
We are obviously facing complex questions and apparently even more difficult answers.
Against the background of this crisis, however, the concept of “ecological crisis” resonates like a mantra.
A crisis that can be overcome, provided there is still time, if the ideological, and therefore cultural, approach prevailing of our civilization is put in the correct way.
Suffice it to say that the current concern of most governments, of the so-called “developed countries”, is to overcome the crisis with the so-called “Ecological Transition” which is a remake of that concept of “Sustainable Development” that has so much contradiction and so much inconsistency has resulted in the economic and environmental policies of the last half century.
Suffice it to say that Sustainable Development began to be talked about in April 1968, when a small group of diplomats, industrialists and academics from all over the world gathered in a Roman villa, at the invitation of the industrialist Aurelio Peccei and the Scottish scientist Alexander. King.
In 1972 the Club commissioned a first report from the Massachussets institute of technology (MIT), which went down in history, on “The limits of development”, also known as the Meadows Report.
It is the prelude to the long list of intergovernmental conferences that will lead to the Stockholm Conference of 1972, to the Brundtland Report of 1987, where the concept of Sustainable 1992, onwards, have marked the most recent history.
The question is: what has changed at the socio-political level? Virtually almost nothing if not an aggravation of social and environmental issues and, certainly not least, of the continuous wars and guerrillas that constantly bloody the territories of the poorest peoples but, ironically, born in places often rich in deposits and resources.
It must be said immediately that the current state of affairs is not an environmental crisis (this is the tangible effect) but it is a crisis of the human being with respect to his philosophical and intellectual limit of not understanding that natural limits cannot be overcome through the technique, which led us to build a deep rift between human beings and nature.
This error is in fact perpetrating itself in the concept of Ecological Transition which, as mentioned, is only the attempt of a transition towards a different technological model but which does not involve customs, relationships, connections between human civilization and the environment; in short, a civilization that is not synchronous with the principles of Nature and, therefore, still in conflict with it.
Faced with this scenario, unsolvable in these terms, it must be said that the basic error is of an ideological nature and of a short-sighted gaze since neither politics and, too often, even science have never tackled the issue with a complex approach. and integral.
We are facing a crisis which, even before that, is cultural. A void that we are unable to fill as we have entered the daze of words: progress, development, wealth, etc., without corresponding to them something real and concrete and, above all, without an intrinsic value.
We have built a financial economic model that already, in itself, reeks of cheating.
Just think of the world economic system which, born in the aftermath of the Bretton Woods Accords of 1944, which effectively sanctioned the beginning of a liberal financial model, disengaged from the patrimonial capacities of the planet and culminating in 1971 with the Smithsonian Agreement of 1971, under the Nixon government (coincidentally one of the least loved presidents by the Americans).
Without going into the details of these agreements, however, it must be said that all this has led to an economic-financial system in disagreement with the rigid structures and principles of ecology and thermodynamics of natural processes.
In this way the economic system of the so-called rich countries has moved further and further away from the tracks of a correct ecology, shredding everything under it: rights, principles, values, ideals.
To put it simply, the liberal economic system is based on a concept of an unlimited world, with perpetual motion and infinite expansion; the ecological system is instead and inextricably linked to the principles of thermodynamics (which is the economy of the space-time system) and which, in a nutshell, moves on a plane with well-defined limits, of an inertial nature (there is no perpetual motion ) and with increasing entropy.
To put it in even poorer terms but understandable to all, ecology is based on an economy shared by everyone (from the most microscopic beings to the great phenomena of nature), the liberal economy makes of subjugation, exploitation, colonialism mercantile (and not only) his creed and his bible.
In this direction, one of the few voices, but certainly the most authoritative, that has risen against this culture of death (as John Paul II called it) is that of Pope Francis in the concept of “Integral Economy” contained in his encyclical ” Praised yes “; the only one that represents an important solution that many still do not understand (or want to ignore).